While the current move from the remittance token might appear to be bearish, it is a minor retracement expected to morph into a rally.

The immediate support level at $0.831 or the 62% Fibonacci retracement level at $0.821 will likely cushion this downswing. At this point, a resurgence of buying pressure might kick-start a bull rally that pushes XRP price up by 18% to the resistance barrier at $0.969.

If the buyers have their backs into this uptrend, Ripple might venture higher and tag the range high at $1.103. This move would be a 33% advance from $0.821. 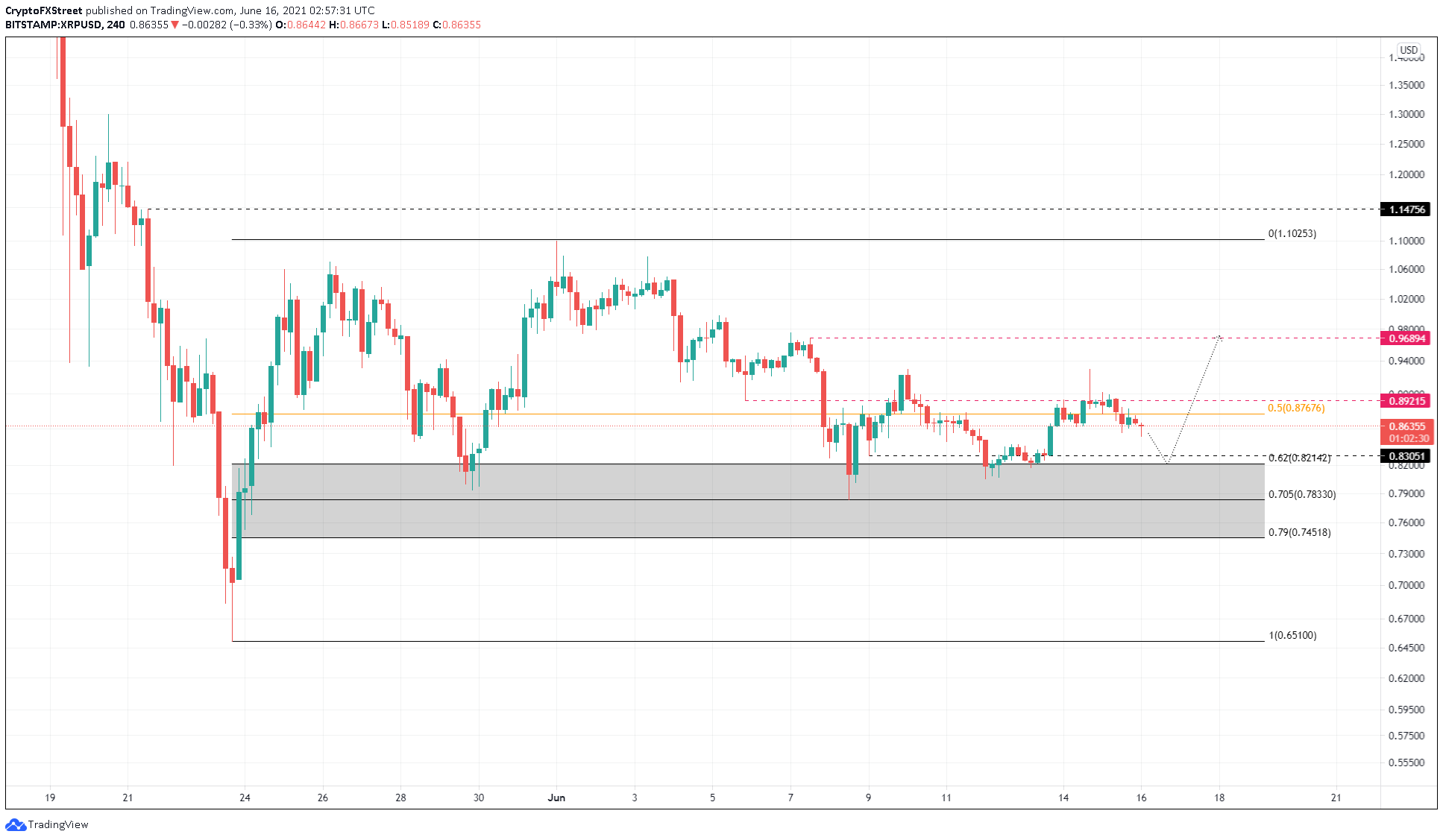 Supporting this ascent is the 30-day Market Value to Realized Value (MVRV) model, currently hovering in the opportunity zone at -10.4%. This fundamental index is used to measure the average profit/loss of investors that bought XRP in the past month.

A negative value indicates that the short-term market participants are selling, creating an opportunity for the long-term holders to accumulate.

Further clarifying that there is no risk of a sell-off is the whale transaction count metric, which tracks transfers worth $100,000 or more. Often a spike in this on-chain model coincides with the local tops, indicating whales offloading their holdings.

Since the large transaction count for XRP price dropped from 803 on June 2 to 242 on June 15, a sudden spike in selling pressure seems unlikely.

From a technical and an on-chain perspective, XRP price remains bullish in the mid-term. However, a decisive 4-hour candlestick close below the 79% Fibonacci retracement level at $0.745 will invalidate the bullish thesis explained above.

In such a case, investors can expect Ripple to venture to the range low at $0.651.