XRP price has triggered a massive breakout without any news behind it after trading sideways for the last four days. The coin behind Ripple touched $1.597 and is aiming for a price target of $2 in the longer term.

XRP price explodes by 15% and aims for more

XRP formed a bull flag on the 4-hour chart in the last week from which it has triggered a massive 15% breakout toward $1.59. The digital asset is aiming for a price target of $2, calculated by measuring the height of the pole and adding it to the breakout point. 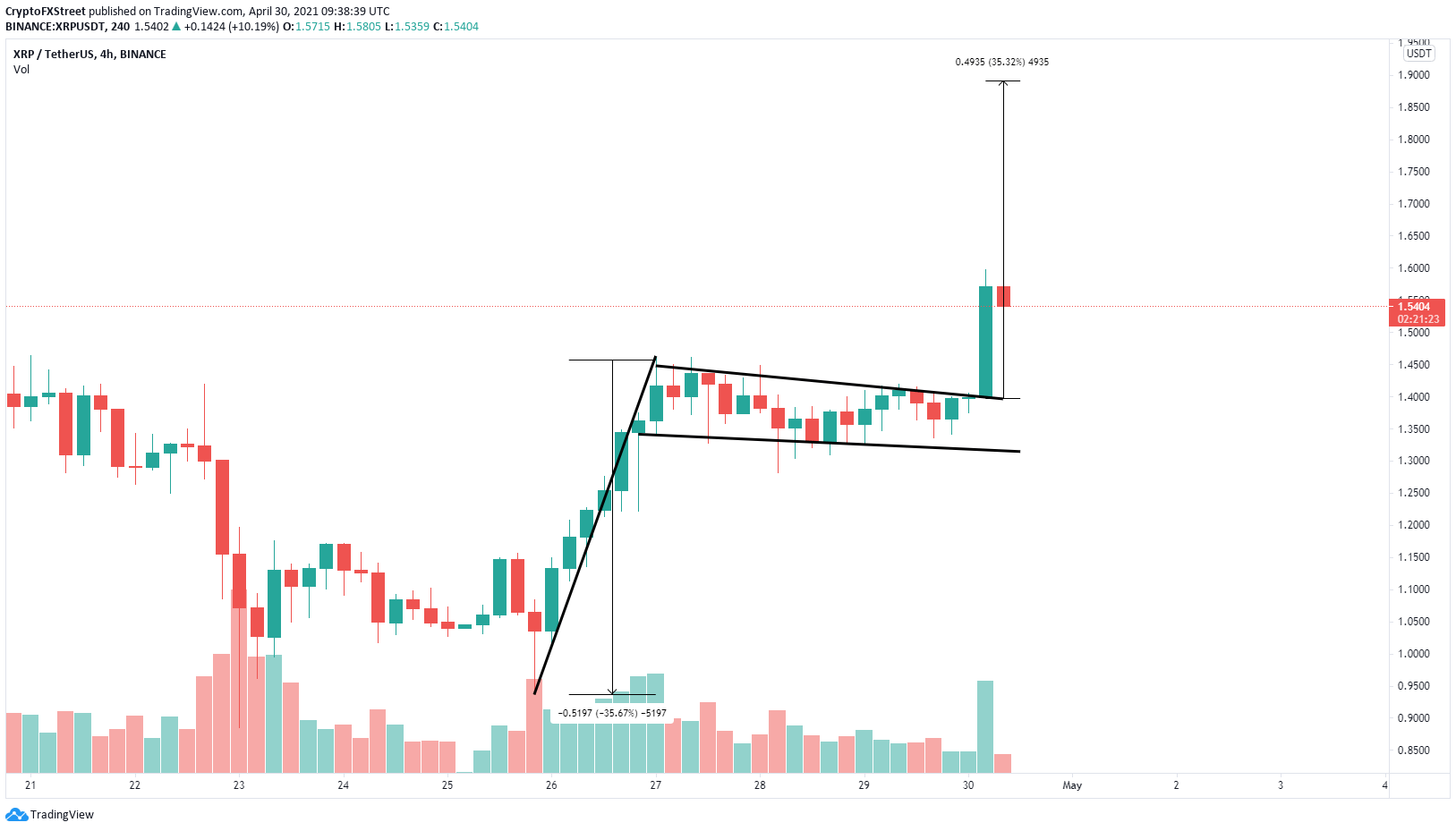 Additionally, on the 12-hour chart, XRP broke out from a descending triangle pattern which can be drawn by connecting the lower highs with a trend line that connects to a horizontal trend line of the several similar lows. 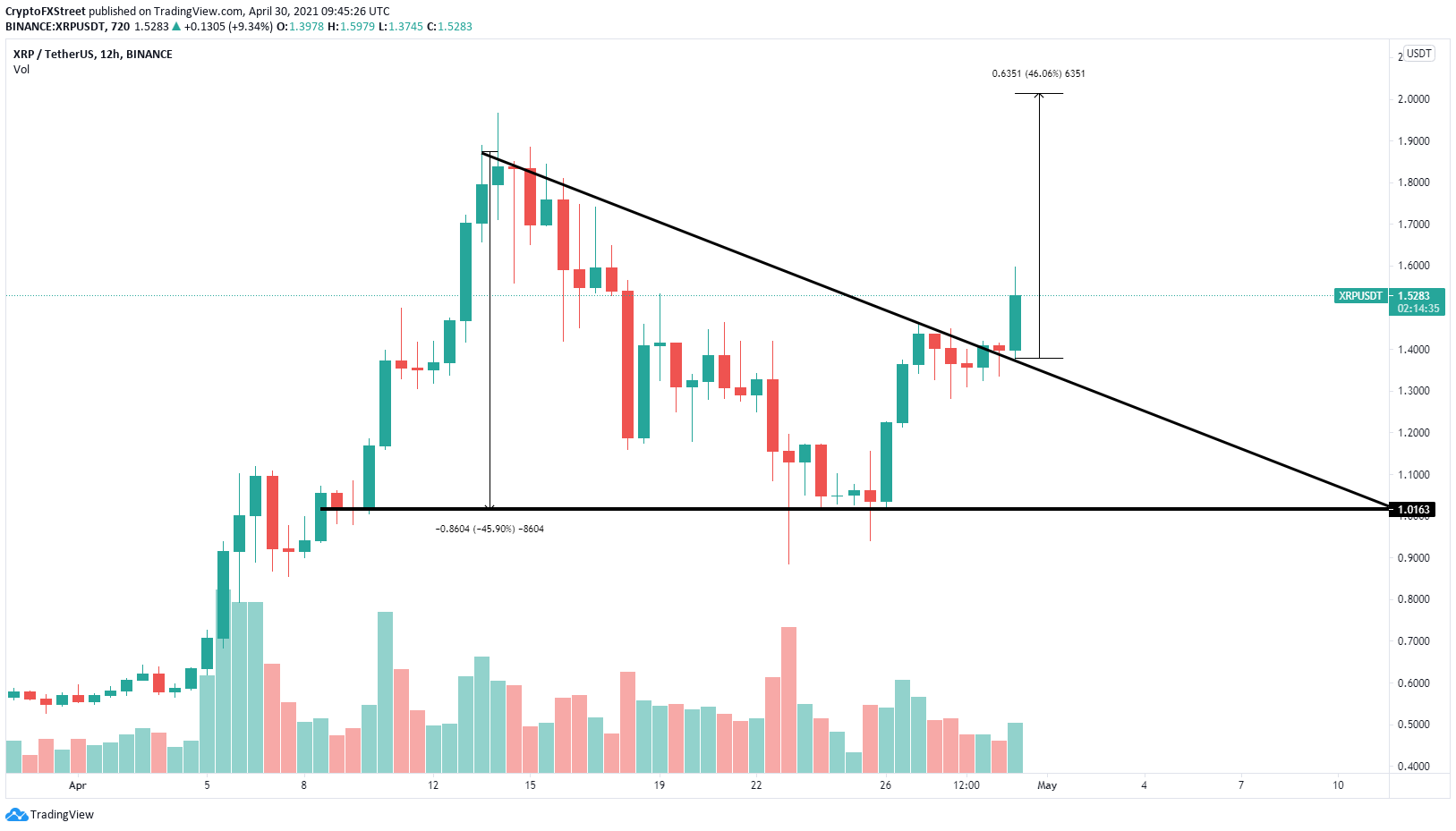 The breakout of this pattern has a similar price target at $2.02. This one is calculated by measuring the distance between the lower trend line to the beginning of the upper one and adding it to the breakout point.

However, as it is common with these kinds of breakouts, XRP price could see a pullback in the short-term to re-test the previous resistance trend line which should act as a support point. This means that XRP could drop toward $1.30 in the near term.