Ripple (XRP) has been moving sideways since September 8. Buyers got caught in a bull trap on September 10 with a false breakout to the upside. Buyers that bought XRP on the break of that blue descending trend line got stopped out quite quickly and are now patient not to burn their fingers again.

XRP buyers are puzzled where to get in, which makes them too spread out

In the bandwidth, no fundamental clean levels are defined on where to get in. Price action seems to be chopping up the monthly pivot, making it difficult for buyers and sellers to add to their positions. $1.05 looks to be the supporting factor, holding only the candle's body. Sub $1.05, buyers are buying the dips, but that is how far it goes now. The volume looks too thin for a fundamental overhaul of the price action in Ripple by buyers.

With sellers still very much in control after the bear trap, expect a run further lower. That $1.05 level looks ready to break, and once that happens it may be difficult for buyers to find the courage or footing to get long. 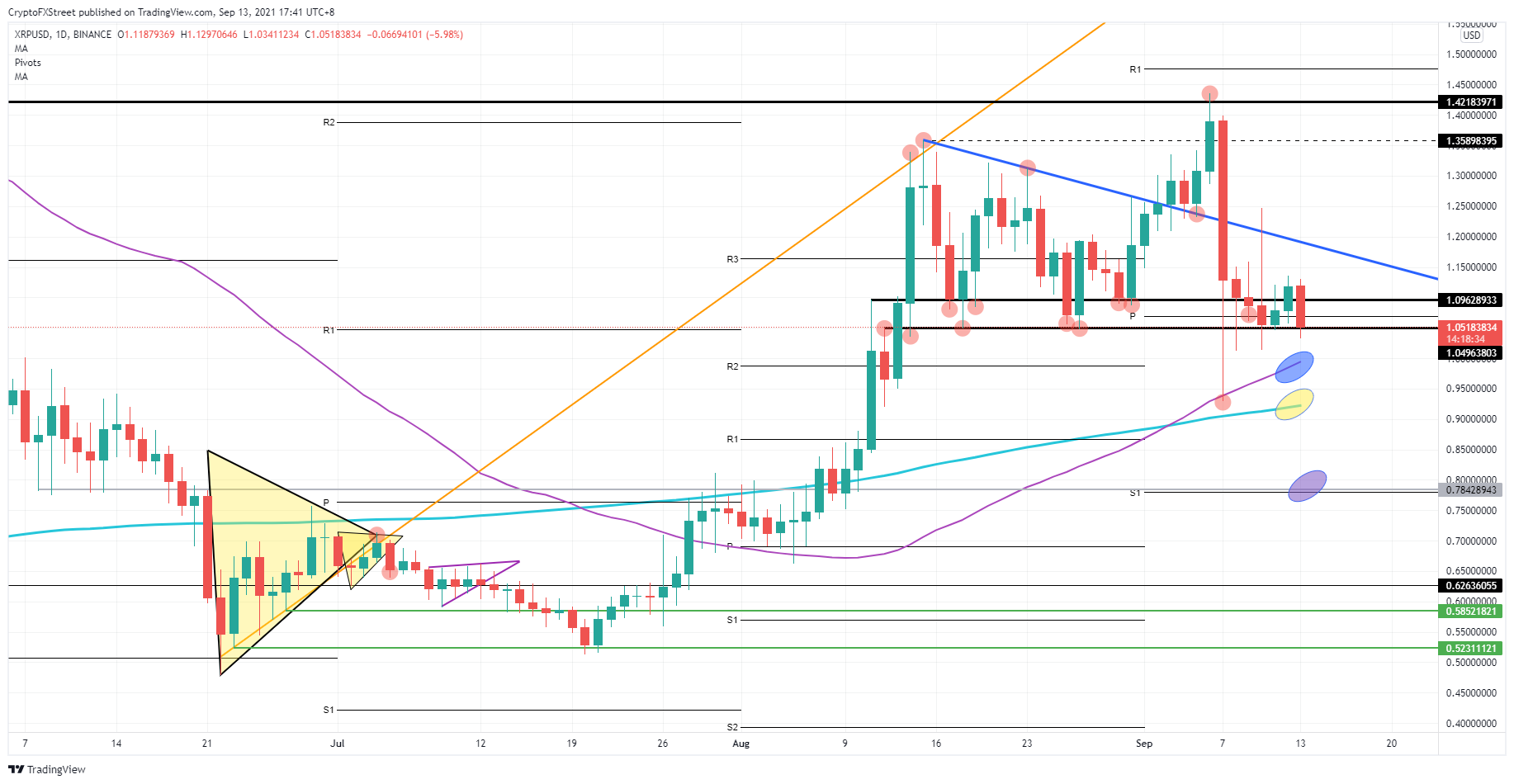 The first entry point on the chart is $1. Just below, there is the 55-day Simple Moving Average (SMA). That held some importance around the end of August as it first acted as a cap on price action, but later in September it turned into support. It served as the only entry on September 7 for buyers. Will that do the trick again? It does not look very likely. Sellers will have no incentive to start making a profit after the entry in the lower break.

Expect sellers to try and push Ripple toward $0.92. That level falls in line with the 200-day SMA. That looks more reasonable and is forming a double bottom with the low level of August 12 and September 7. A double bottom and a 200-day SMA are two excellent reasons for buyers to get long XRP here. Sellers will have booked 12% profit from where price action is today in XRP price. This means sellers will start to book profits and have fewer positions left to push prices lower.

In case more negative headwinds emerge in global markets and global risk sentiment switches to full risk-off, sellers will be in a comfortable seat to book 25% profits. That brings XRP to $0.78, with a historical level from June 8 and the monthly S1 support level. These are two technical reasons for buyers to buy the dip and pick up some XRP at an attractive discount.