XRP price shows a substantial uptick per a Telegram group's plan to pump the cryptocurrency on February 1. Although the pump is planned at 13:30 GMT, the price has already surged a whopping 30% today. Whales appear to be taking advantage of the rising price action to sell or redistribute their holdings, thereby indicating mounting downward pressure.

The “PumpXRP” Telegram group has managed to grow and reach the limit of 200,000 subscribers since  January 30 when it was created. XRP price reacted quickly to the group's call to pump the token towards new yearly highs.

Indeed, the cross-border remittances token surged by more than 80% in less than 16 hours after the so-called “XRP army” rushed to exchanges to get a piece of the rising price action. 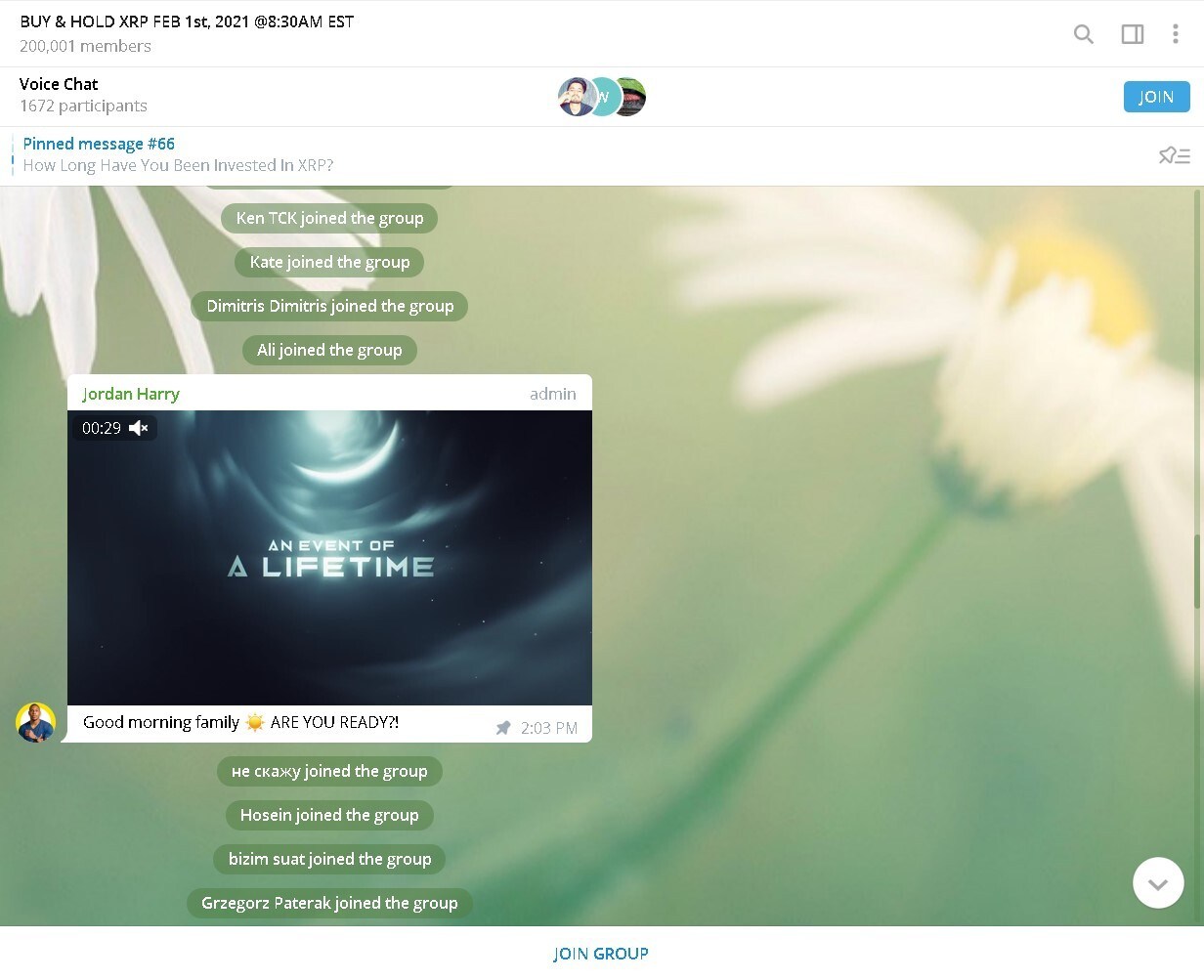 Even though XRP has seen substantial gains over the past few days, the real pump is scheduled to kick off at 8:30EST or 13:30 GMT. Perhaps, the price might see an even more enormous surge at the scheduled time as it coincides with the European markets' open. 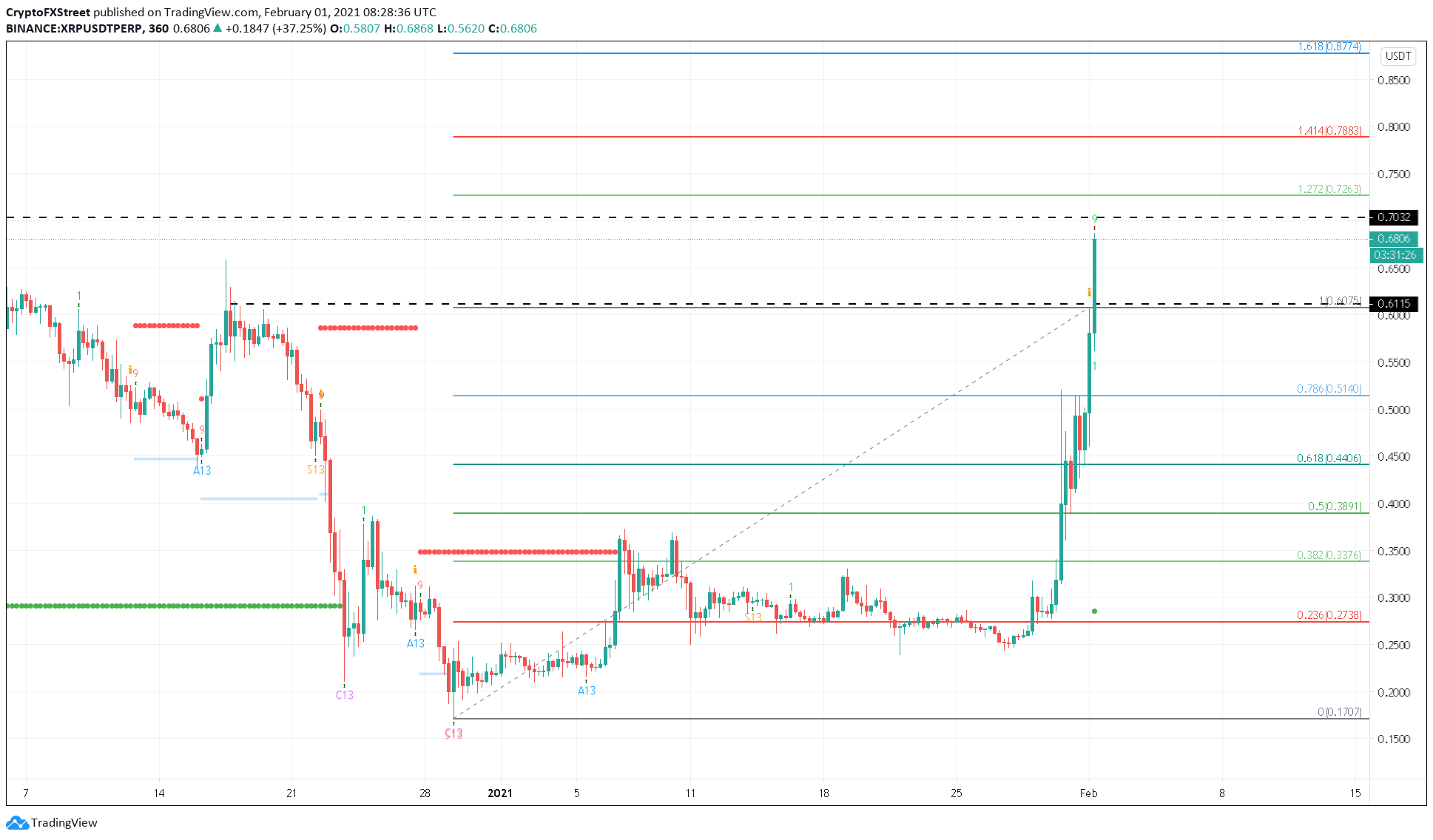 Despite the high probability that speculators will join the call to pump XRP, the TD Sequential indicator forecasts that a steep correction is underway. This technical index flashed a sell-signal in the form of a green 9-candlestick on both the 4-hour and the 6-hour time frame.

If validated, the price action seen today might cool-off before prices head higher. A potential spike in sell orders could see XRP price enter a consolidation phase or pullback towards the $0.60 level before the uptrend resumes.

XRP whales activity on the network adds credence to the bearish outlook. Santiment’s holders distribution chart shows that the number of addresses holding 1,000 to 10,000,000 XRP has been dropping fast ever since prices began rising on January 30.

Both technical and on-chain indicators suggest that a drop might be on the cards for XRP and will be confirmed by a close below $0.60. In this case, XRP can head towards the next area of support at $0.51.

TRON price has been stuck trading inside a massive bearish pattern for more than a year. Although TRX came very close to triggering a bearish breakout, buyers stepped up and reversed the trend. If this development continues, there could be a bullish breakout for the altcoin.

The world’s largest cryptocurrency exchange is observing an attack on its token chain and cryptocurrency. In response, Binance Coin’s price began falling on the charts making the investors highly concerned. Binance Coin has dropped by almost 4% since the opening hours.

XRP price could witness a sell-off into the mid $0.40 levels if the bulls hurdle through the $0.50 barrier. XRP's failure to maintain momentum over the $0.50 threshold may result in Ripples' demise.