XRP price is close to breaking out of the multi-year downtrend it started in November 2021. Brad Garlinghouse, the CEO of payment giant Ripple is optimistic of a win in the lawsuit brought by the US Securities and Exchange Commission. Ripple’s optimism is clear with the rapid pace of development of their decentralized public blockchain XRPL core ledger.

XRP price is at a critical juncture where the altcoin could break out of a multi-year downtrend. The XRP downtrend started in November 2021 and since then factors like the SEC v. Ripple lawsuit updates, developments and announcements by Ripple, the largest public holder of XRP have influenced the asset’s price.

Ripple CEO Brad Garlinghouse shares the optimism and enthusiasm of XRP holders. Garlinghouse is confident of the payment giant’s win in the SEC v. Ripple lawsuit. As of January 19, 2023 all motions have been fully briefed and filed by both parties. A decision from Judge Analisa Torres is awaited. Brad Garlinghouse anticipates a decision to be made "some time in the coming single digit months,” possibly as early as June.

Ripple’s confidence in a win is mirrored by the development of the XRPL core ledger. XRP Ledger is a decentralized public blockchain that is currently under development and boasts new updates in its ecosystem.

David Schwartz, CTO of Ripple and one of the original architects of the XRP Ledger blockchain recently shared a visualization tool to check the development status of the XRPL.

XRP price is on track for 45% upswing on one condition

XRP price is at an important level after slicing through the 30-day, 50-day and 100-day Exponential Moving Averages (EMAs). Akash Girimath, lead technical analyst at FXStreet argues that a retest and subsequent break above these EMAs confirmed buyer interest in XRP. A breakout from the multi-year descending trend line will allow XRP price to move past $0.4930. 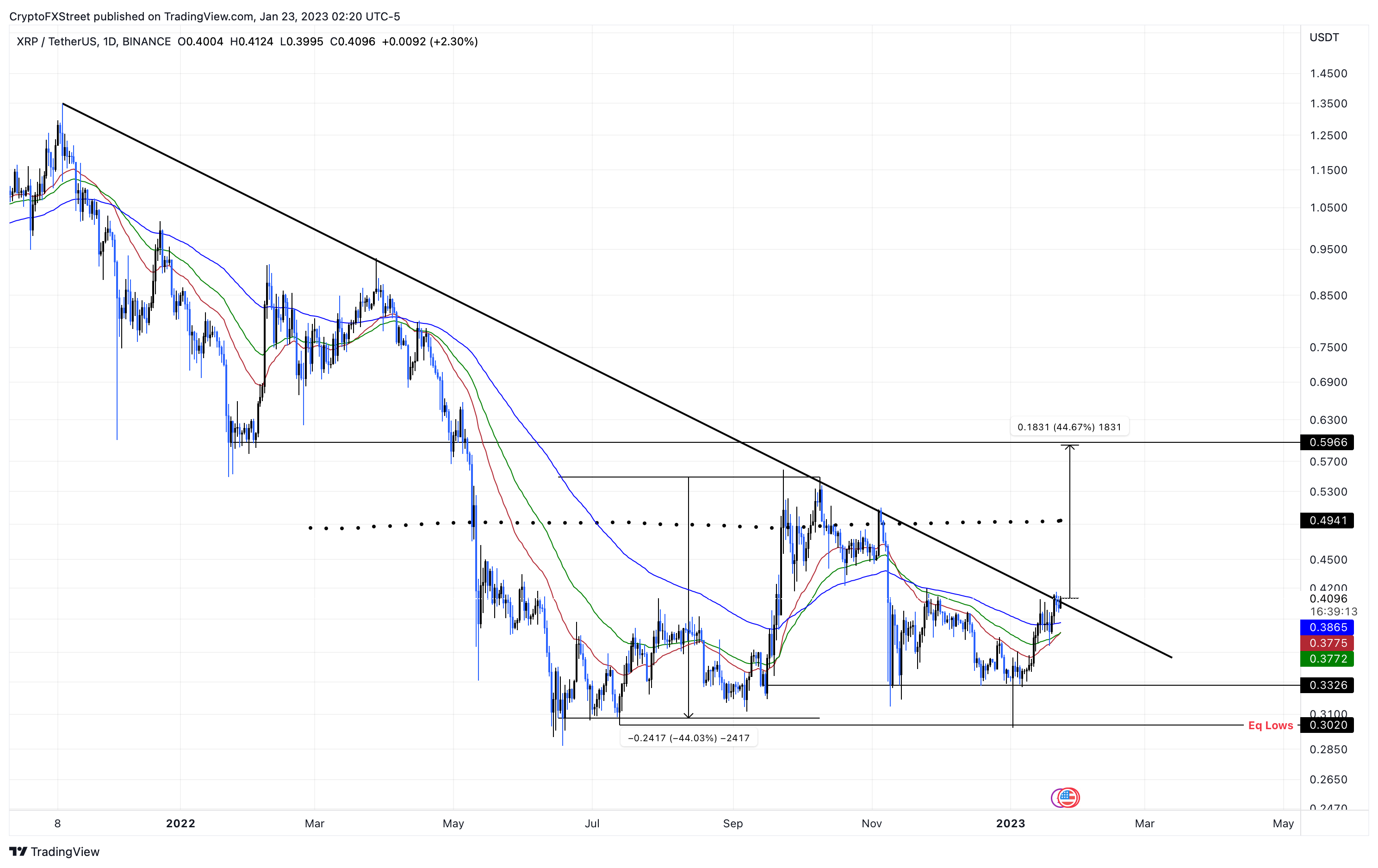 Between July and October, XRP price yielded 44% gains, wiping out losses from May. A 44.67% upswing in XRP now could push the altcoin to the $0.5966 target. A decline below the EMA confluence at $0.394 could invalidate the bullish thesis for the altcoin.