Stellar has been trading in a strong uptrend for the past two weeks and has been recently added as a payment option on Revolut. The blockchain faced technical issues which have been resolved.

The Stellar blockchain suffered a significant technical problem earlier this week where affected nodes experienced a downtime of about 10 hours. The issue was fixed and the Stellar Development Foundation (SDF) stated that the network itself was not affected and didn’t stop.

The investigation indicates that the problem could be caused by a ledger; however, the exact reason is still unknown. Several exchanges temporarily suspended XLM deposits. The SDF also added:

It is just the way a decentralized network is intended to work, and many of those validators continued to publish archives that keep track of ledger history, and that allows the halted nodes to fill in gaps when they need to recover from downtime.

Not all are bad news as the London-based payment platform Revolut announced on Thursday the integration of 11 new tokens, including XLM as payment options. Additionally, customers will also be able to trade the new cryptocurrencies thanks to Revolut’s partnership with Paxful.

On the 4-hour chart, XLM has managed to sustain an uptrend above the 50 SMA currently located at $0.466. Bulls have confirmed a 4-hour uptrend and aim to establish a new higher low above $0.466. 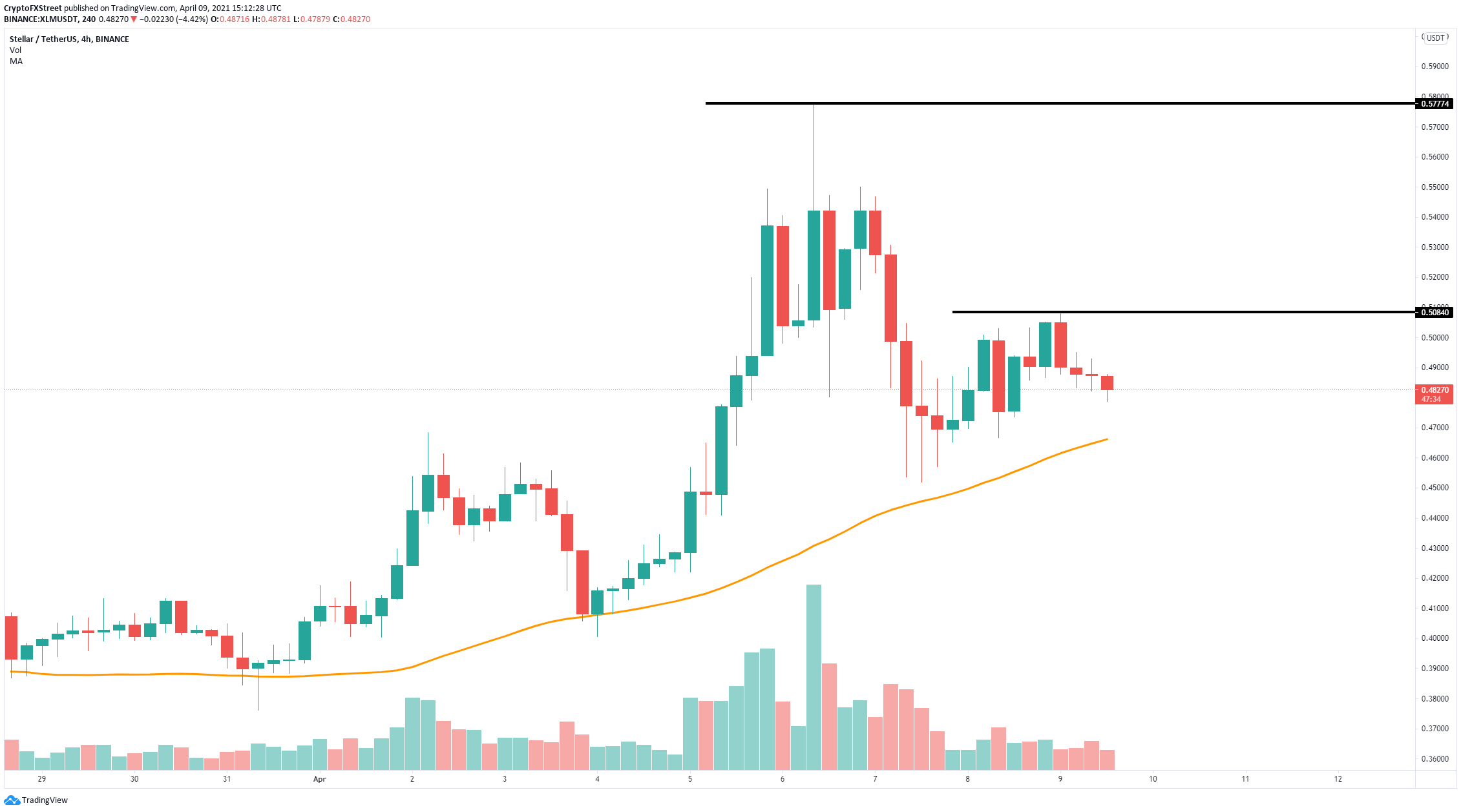 The strongest resistance level is the previous high of $0.508. A breakout above this point could quickly drive XLM price towards $0.578, a high formed on April 6. 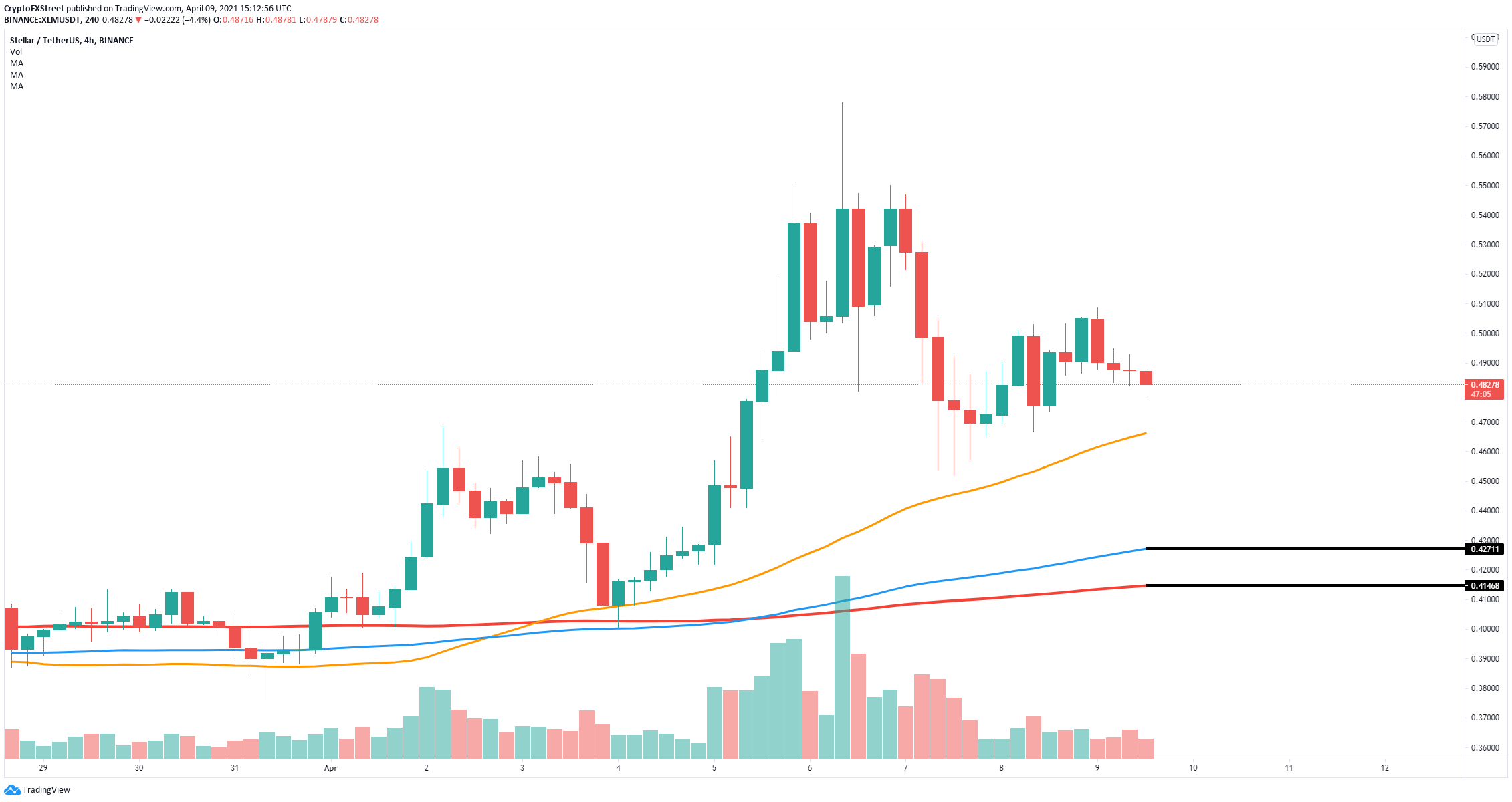