VeChain price to retrace lower to $0.15 before resuming uptrend

VeChain price has a large gap between the current daily candlestick and the Tenak-Sen. That gap appears as VeChain hits resistance against the 100% Fibonacci expansion at $0.1830. Here, a pullback is likely, with a mean reversion setup targeting $0.15 to $0.16 value areas – the same as the current Kijun-Sen and Tenkan-Sen.

VeChain’s oscillators support a short-term pullback. The Composite Index is currently at historical reversal levels. The Composite Index also shows early evidence of bearish divergence. Additionally, the Optex Bands oscillator is positioned near the extreme overbought levels and is currently sloping down. The Relative Strength Index is not yet overbought, but if VeChain price were to close above $0.1830, the RSI would almost certainly be trading at or above the first overbought level at 80. 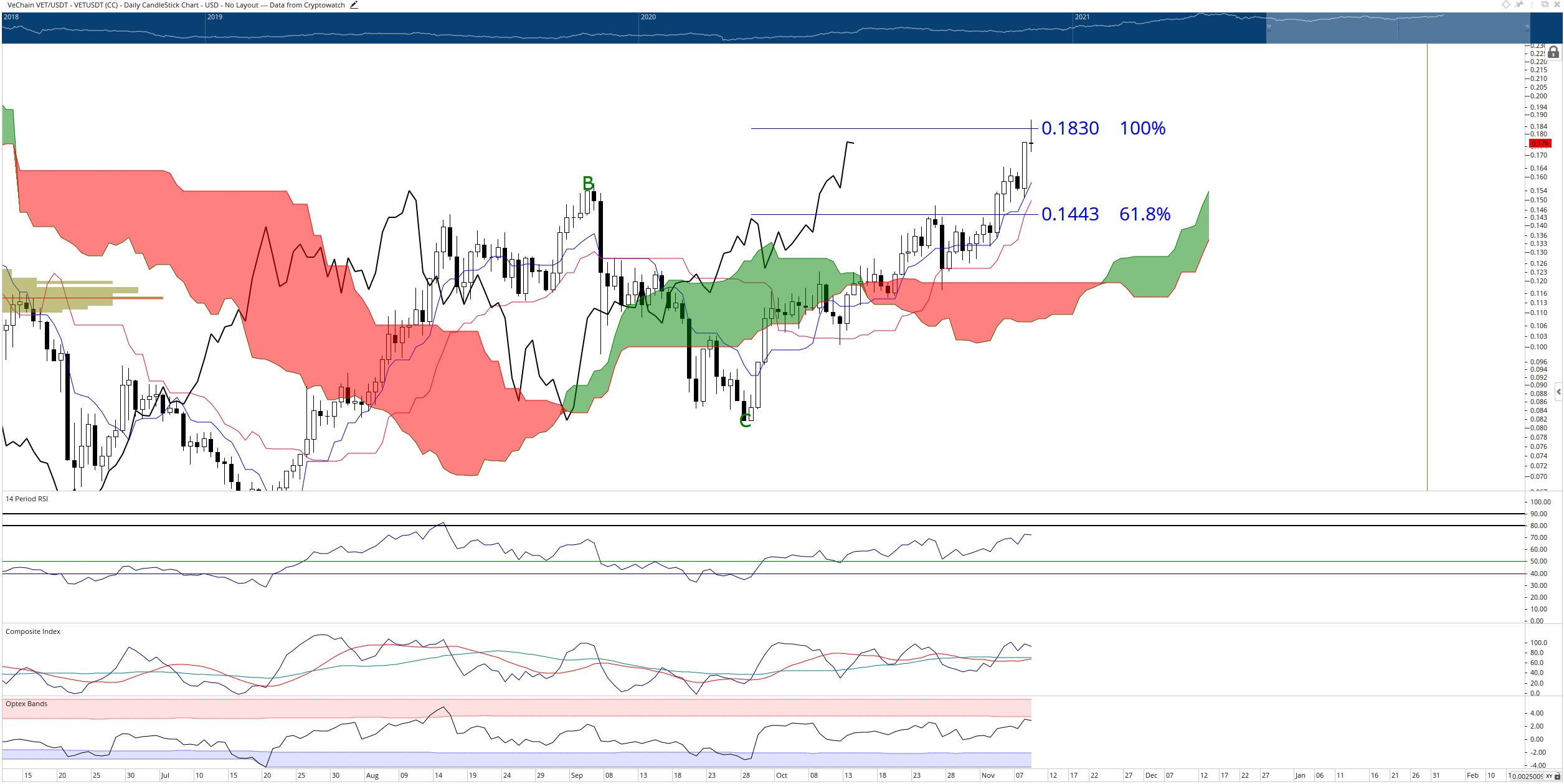 While the probability of a pullback is likely to happen, bullish momentum could carry VeChain higher and thereby invalidate any short-term bearish outlook. An event where VeChain could close around the $0.19 level without a pullback could trigger a FOMO event that sees buyers pile in and target the $0.25 level.