Bitcoin price witnessed the second leg of its rally that originated on July 20 but failed to produce a convincing close above a crucial support level. Moreover, a technical indicator is flashing a sell signal, further supporting a downswing.

Therefore, investors can expect a minor pullback across the board.

Bitcoin price climbed from $29,994 on July 20 to $46,700 as of August 10. This 59% ascent seems to be coming to an end as the Momentum Reversal Indicator (MRI) flashed a red ‘one’ sell signal on the 12-hour chart. This setup forecasts a one-to-four candlestick correction. Therefore, investors need to watch for a minor pullback to the immediate support level at $41,330 or $40,550.

While a retracement is likely, the recently flipped demand zone, extending from $43,150 to $45,321, could hinder the downside movement and produce a consolidation with that area.

Either way, BTC looks bullish and might continue to rally after a brief setback. 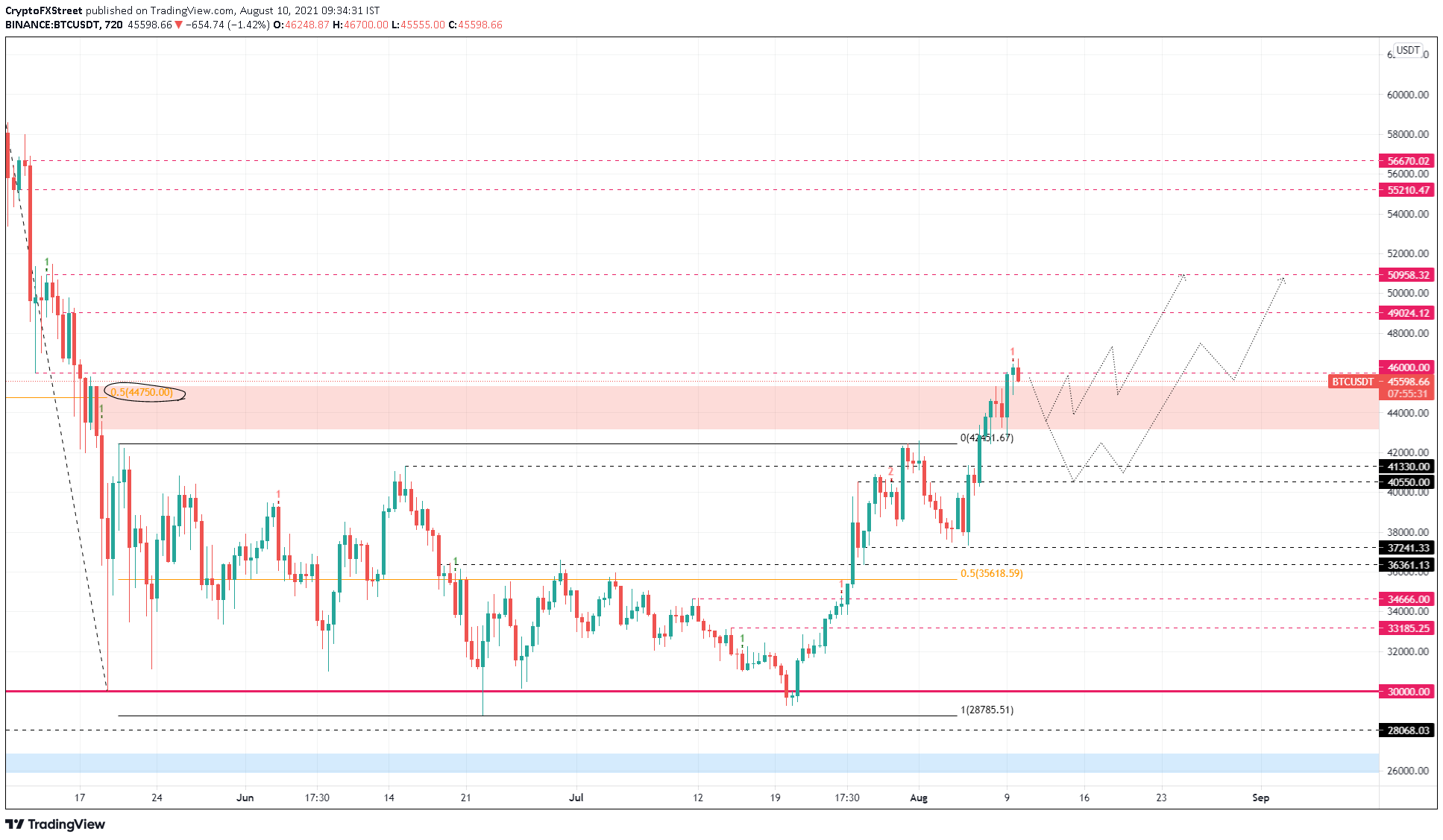 Regardless of the bullish outlook, a potential spike in selling pressure that pushes BTC below $37,241 will negatively impact the upswing and invalidate the bullish thesis since it would produce a lower low.

Ethereum price is in more serious trouble than BTC as the Momentum Reversal Indicator (MRI) flashed a red ‘two’ sell signal on the 1-day chart, which indicates an overextended upswing. Since this setup forecasts a one-to-four candlestick correction, investors can expect the downtrend to head much lower.

The immediate support level at $2,640 is the most likely area for a reversal, but in some cases ETH might retest $2,345, the trading range’s midpoint.

The reversal that stems from the area mentioned above will likely shatter $3,240 and $3,371 and make a run at the $3,716 resistance barrier. 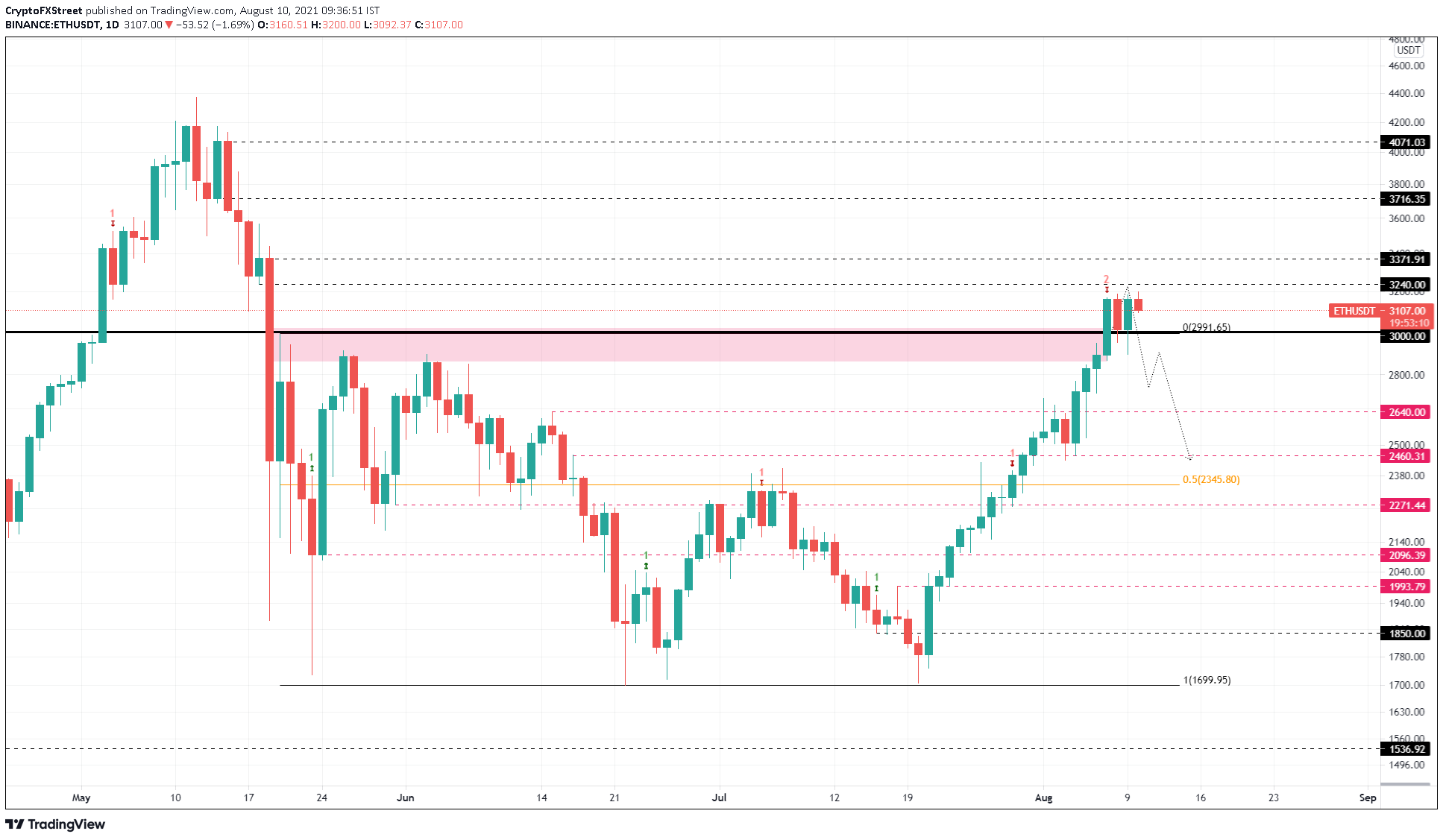 Perhaps the most logical reason for the failure of the bullish thesis is due to Ethereum’s correlation with Bitcoin. If BTC flash crashes, ETH will follow suit.

Therefore, a decisive daily close below $2,271 will invalidate the optimistic scenario and open up the path for further descent.

Ripple price is also plagued by the MRI that flashed a red ‘one’ sell signal on the 12-hour chart. Therefore, investors can expect a one-to-four candlestick correction.

Moreover, this warning sign arrives after XRP price failed twice to slice through the $0.827 resistance barrier. The resulting downswing might reverse around $0.777 or head to $0.689 if the selling pressure increases.

A retest of $0.689 will produce a double bottom, and if the buyers make a comeback around this area, XRP price will likely restart its upswing. If the resulting climb flips $0.827 into a support level, market participants can expect this remittance token to hit $0.91 and $1 in a highly bullish case. 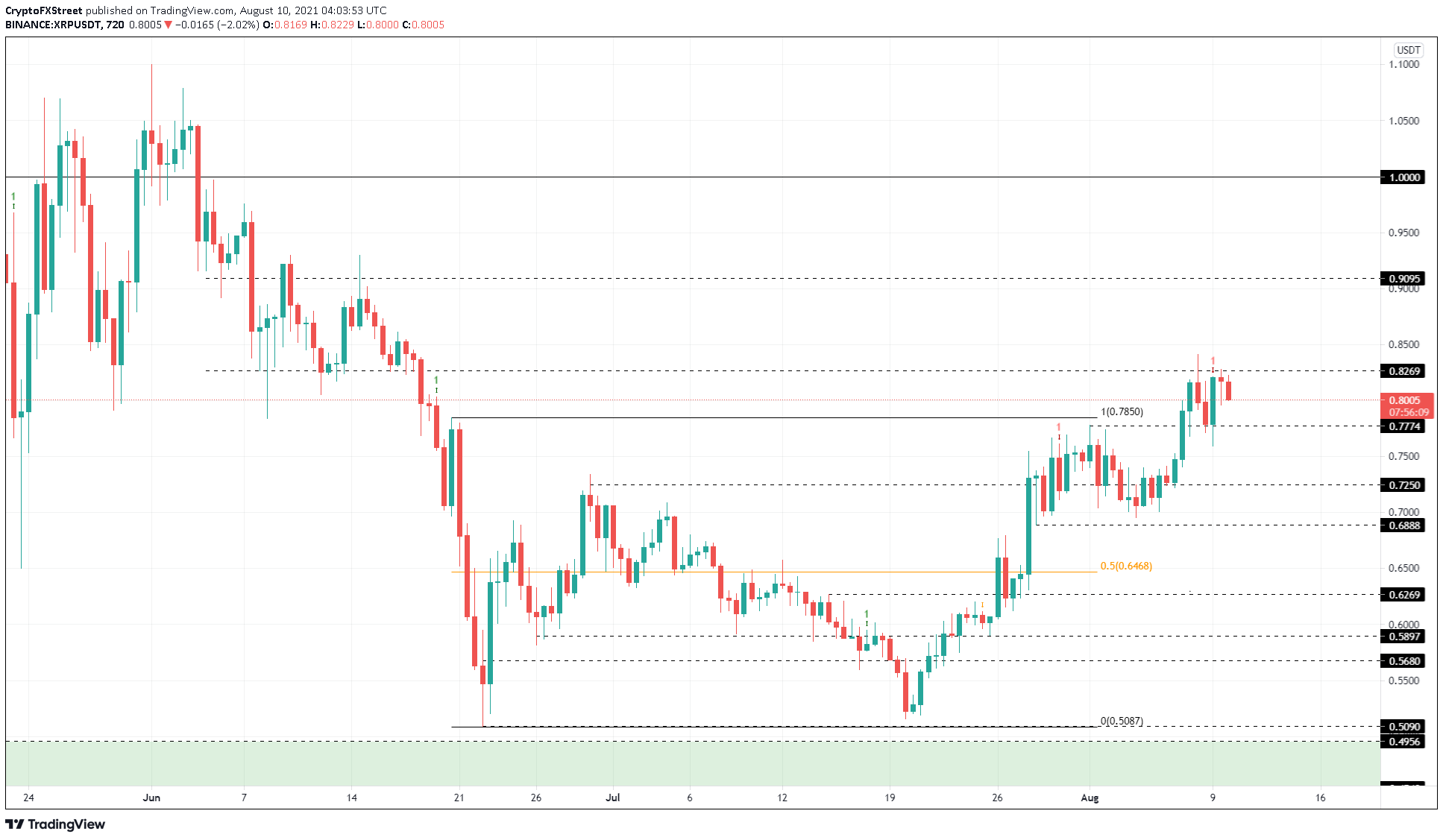 While things seem to be relatively better for XRP price, a breakdown of the $0.725 support level might jeopardize the bullish outlook as it would create a lower low.

However, a breach of the $0.689 would seal the deal and invalidate the optimistic scenario.