While Tezos price slowly recovers from the last market crash, its developers have announced a new upgrade named Edo, which intends to add shielding on transactions and a ticket system for smart contracts to issue tokens.

On the 4-hour chart, XTZ has created an ascending wedge pattern and it’s currently trading at $2.47, right below the upper trendline. Bulls have managed to push Tezos price above the 100-SMA, and turn it into a support level. 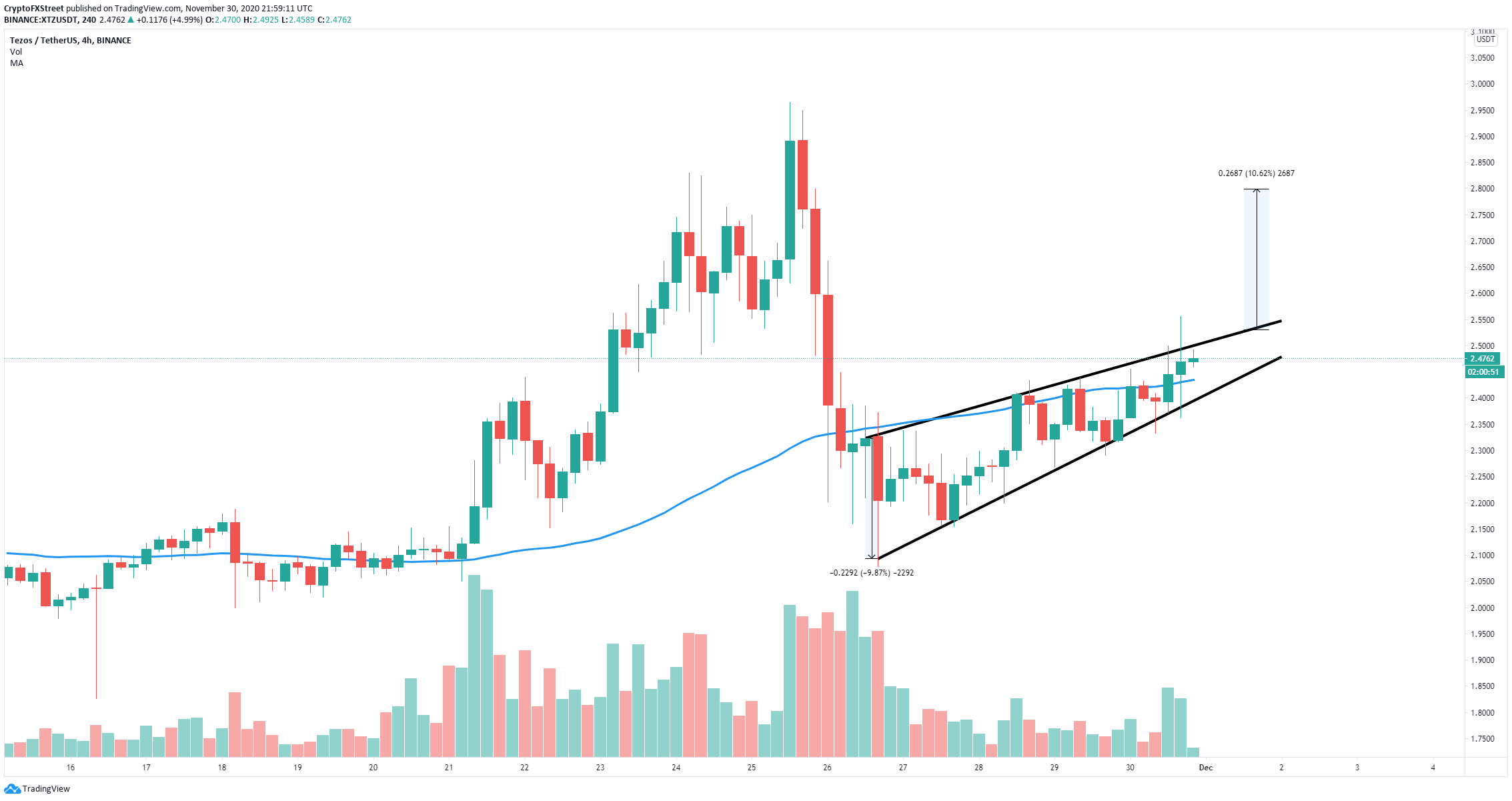 A breakout above the upper boundary of the pattern at $2.51 would quickly drive Tezos price towards $2.8, a 10% jump. On November 30, the team of Tezos announced several privacy features in the next upgrade, boosting buying pressure.

It seems that Tezos will be getting Zcash’s privacy features like the shielding of transactions and a ticket system mechanism for smart contracts to issue tokens and grant portable permissions to other smart contracts. The announcement also stated:

The “adoption period” (sometimes referred to as the “fifth period”) is an important improvement we have wanted to make to the governance mechanism for some time. Just like any other feature of the protocol, Tezos protocol amendments may make changes to the amendment process itself.