Ethereum-based decentralized exchange SushiSwap announced its recent development of four new Automatic Market Makers (AMMs), which will function as a base layer for the DEX.

During the SushiSwap presentation at ETHCC in Paris, the CTO of the DeFi firm, Joseph Delong, revealed that the DEX had launched new development called “The Next Generation AMM.”

The CTO added that the revamp of the DEX platform was built In response to SushiSwap critics who claimed that Sushi is only just a fork from Uniswap.

The new AMMs, named “Trident,” will allow SushiSwap users to build their own liquidity pools. The DEX further revealed that the team had built four AMMs.

Trident’s new features will include various pool types, making SushiSwap more unique given that most DeFi protocols only use one singular constant product pool.

The “Hybrid Pool” feature introduced by SushiSwap would reduce the swap price impact by using a stableswap curve when trading between similar cryptocurrencies.

While the presentation revealed that there would be four pool types initially during its launch, further pool types are to be added. Users of the leading DEX would be able to choose a pool that suits their risk appetite, as SushiSwap aims to reduce the market risk and volatility that cryptocurrency investors face.

Built within BentoBox – the token vault system behind SUSHI will be able to offer passive yields on deposited funds.

Trident will remain open-source, unlike its predecessor, Uniswap v3, which has not opened its code to the public. The new AMMs will be launched publicly in the next few weeks.

SushiSwap price ready for a bounce back

SushiSwap price has lost over 70% of its value since the May 18 high. While SUSHI has suffered a massive correction, the DEX token is ready to effect the reversal of fortune.

SushiSwap price has revealed multiple trend extension bottoms on the Momentum Reversal Indicator (MRI) as SUSHI declined on the daily chart. This indicator suggests that the token is ready for a trend reversal. 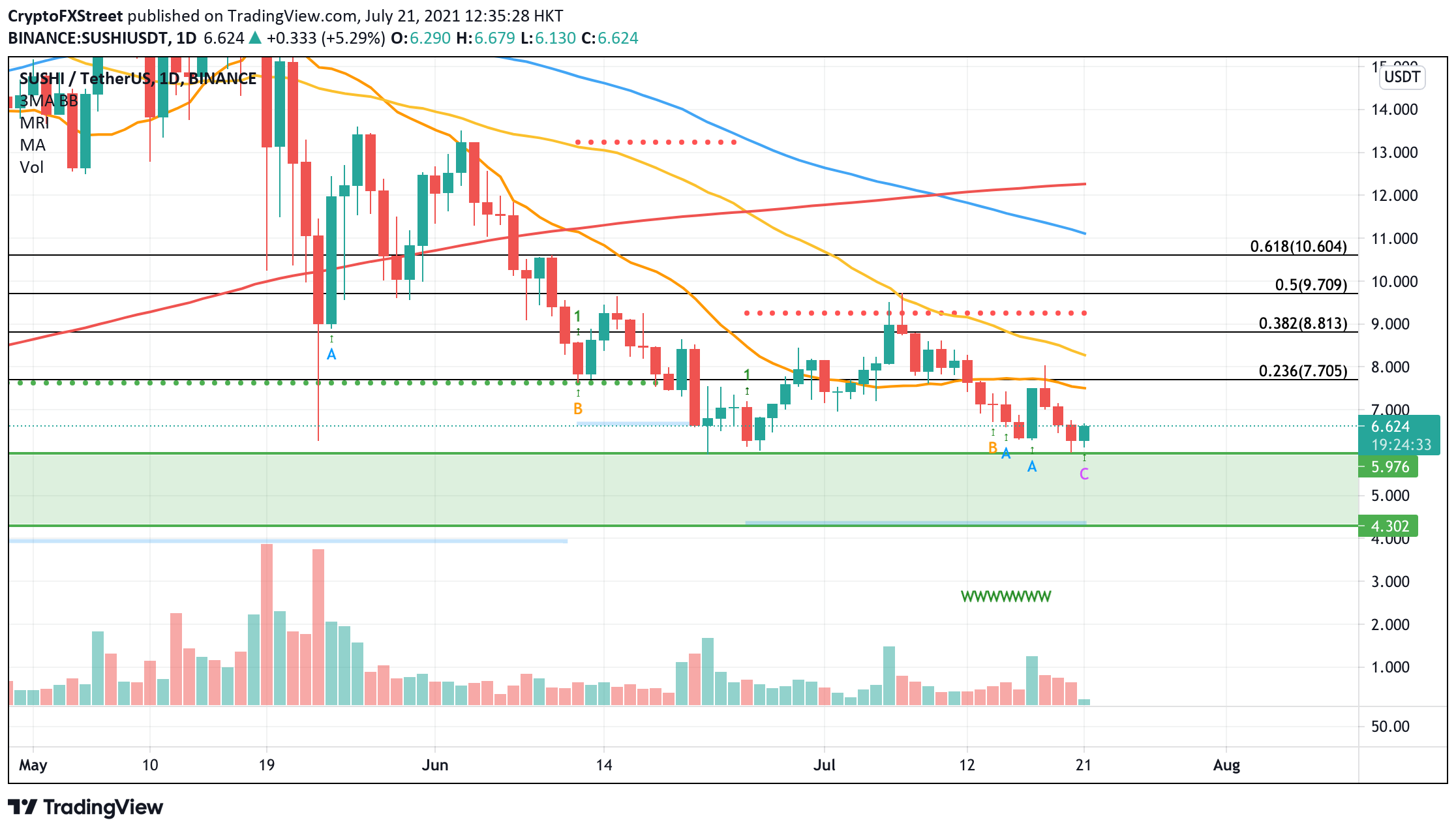 However, if the bears take control of the market, SushiSwap could retest the June 22 low at $5.97 before ranging in the demand zone that extends to $4.30.