Steem community will activate a hardfork and move the whole ecosystem to HIVE blockchain in less than seven hours. The fork is scheduled at 10:00 EST, March 20, and it will result in separation from the development fund Steemit controlled by Justin Sun, who allegedly tried to seize control over the ecosystem.

Read more: STEEM is at pump phase ahead of the hard fork; the token gains over 183%

STEEM token experienced a strong growth ahead of the event as two major exchanges announced that they would support the fork and the airdrop for STEEM owners. The price went as high as $0.5264 amid a massive pump. However, a pump stage is often followed by a dump that erases a big chunk of the gains. That's what happened to STEEM. At the time of writing the coin is changing hands at $0.2970. The coin has lost over 22% in recent 24 hours; however, it is still below the lower line of the daily Bollinger Band, which means that the downside correction may not be over just yet.

On the upside, a sustainable move above $0.3000 is needed to get the upside trend back on track. Once it is out of the way, the upside is likely to gain traction with the next focus on $0.3172, which is the highest level of the day. 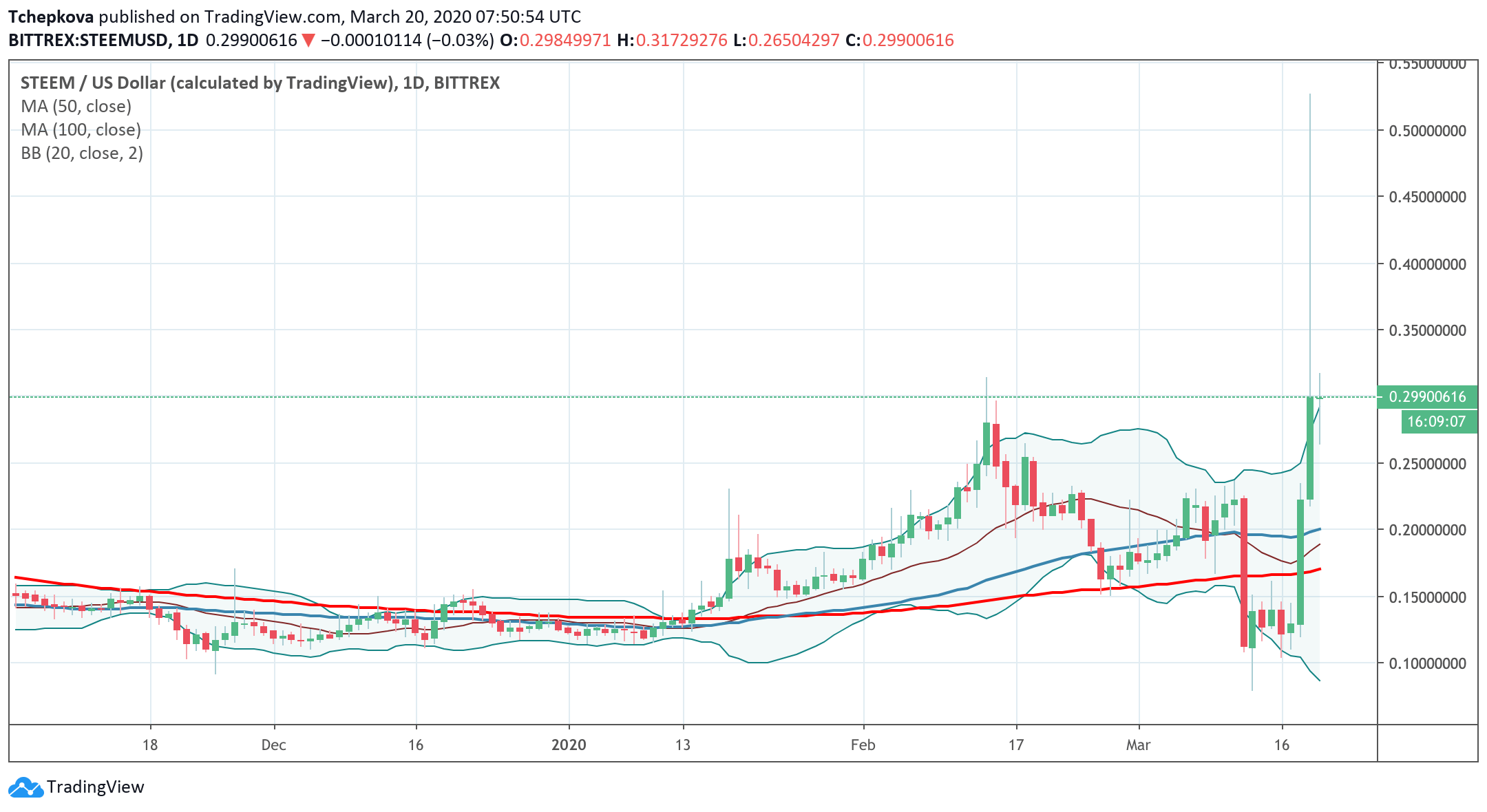