Shiba Inu price has struggled to maintain the bullishness witnessed between February 6 and 8. This lack of commitment has led SHIB to go astray and revisit lower levels. Despite the recent bullishness in the crypto market, the meme coin has rallied conservatively.

Shiba Inu price briefly consolidated below the $0.0000233 barrier before exploding 56%. The resulting downswing knocked the meme coin below $0.0000233, which recovered quickly. Since then, SHIB has rallied 24% and faced rejection at the hands of a weekly resistance barrier at $0.0000283.

The rejection here has the potential to undo recent gains and drag the Dogecoin-killer back to the $0.0000233 support level. If this outlook plays out, it will create a triple bottom setup, which forecasts a trend reversal; in this case, an uptrend. 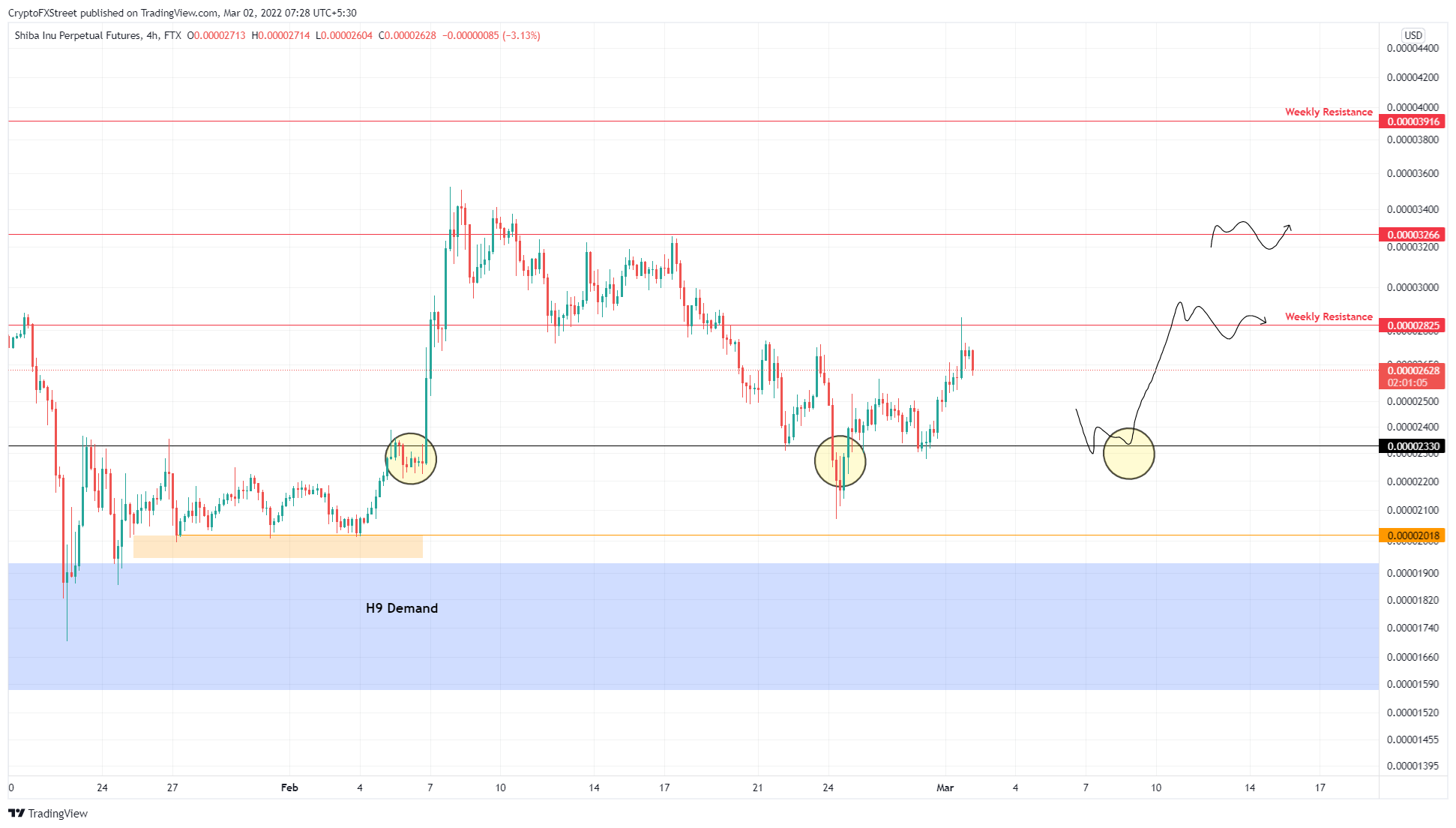 While things are looking favorable for a quick bullish trade, Shiba Inu price needs to hold above the $0.0000233 support floor. A four-hour candlestick close below the said barrier will create a lower low and invalidate the bullish thesis for SHIB.

In this case, Shiba Inu price could slide lower and collect liquidity resting below the $0.0000202 support level. This development will be another catalyzing event for a bullish outlook.