Shiba Inu price has been hovering around the volume point of control (POC), the highest volume traded level at $0.0000118 for roughly three months. After months of struggle, SHIB seems to have not only managed to stay above it but slightly drift away from it.

The volume profile also shows that there is a lack of resistance up to $0.0000199, making it the first target for Shiba Inu price and the bulls that are likely to kick-start this journey.

Therefore, if there is an explosion, it will be a 60% move to the target with very few headwinds, making it an extremely good setup.

Due to the inefficiencies present up to $0.0000083, the chances of sustaining this upswing seem highly unlikely. In some cases, the run-up might reach its target but lead to a complete undoing in the next few days due to the inefficiency present to the downside.

So, that is one risk investors need to consider before embarking on this bullish journey with Shiba Inu price. 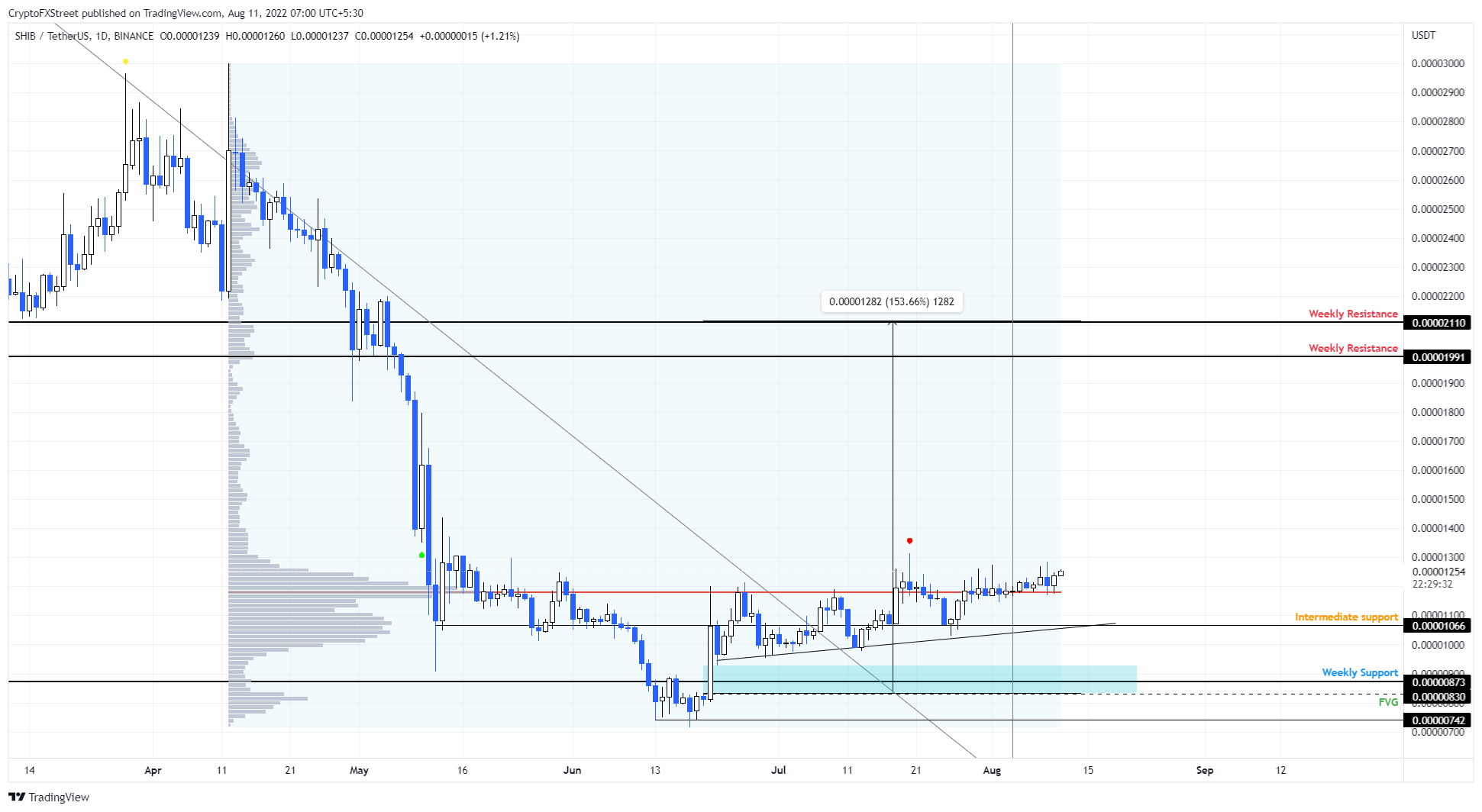 On the other hand, if Shiba Inu price slices through the volume POC at $0.0000118, it will denote the first sign of weakness. In such a case, investors need to be patient with a retest and a breakdown of the $0.0000106 support level.

This development will invalidate the bullish thesis momentarily, at least until SHIB crashes lower and retests the $0.0000083 support level. Doing this will be a massive buy signal for the meme coin that forecasts a 140% upswing to $0.0000199.