The U.S. Securities and Exchange Commission charged Ripple and two executives of conducting a $1.3 billion unregistered securities offering on December 22, 2020. The announcement had a major impact on XRP price which plummeted in the next 48 hours by 60%.

XRP might not be deemed as a security after all

According to the most recent report released by Gatehub, a popular cryptocurrency wallet, XRP will continue to be supported on the platform unless the SEC’s complaint is adjudicated and the final decision states XRP is a security.

We have never believed that XRP is a “security” under the prevailing “Howey” test in the US, and regard XRP primarily as a “utility” token whose value is based on its use in payments and foreign exchange.

Additionally, the 2021 UK Treasury report defines cryptoassets as a ‘representation of value or contractual rights that can be transferred, stored or traded’. It also divides them into three main categories which include e-money tokens, security tokens and unregulated tokens. XRP is located inside the last category within the ‘exchange tokens’ list.

Exchange tokens: tokens that are primarily used as a means of exchange – this includes widely known cryptoassets such as Bitcoin,

It seems that both announcements are in favor of XRP and do not regard the digital asset as a security but rather an utility token, exchange token or commodity.

One of the most surprising bullish metrics in favor of XRP is the number of whales holding between 1,000,000 and 10,000,000 coins increasing from 1,112 on December 30, 2020 to 1,152 currently. Despite all the bad news and announcements, it seems that large holders are still interested in buying XRP and expect the price to rise higher.

XRP price seems to be facing two critical resistance levels on the 12-hour chart. First the 50-SMA which has been lost since December 12, 2020. This resistance point is currently located at $0.303. 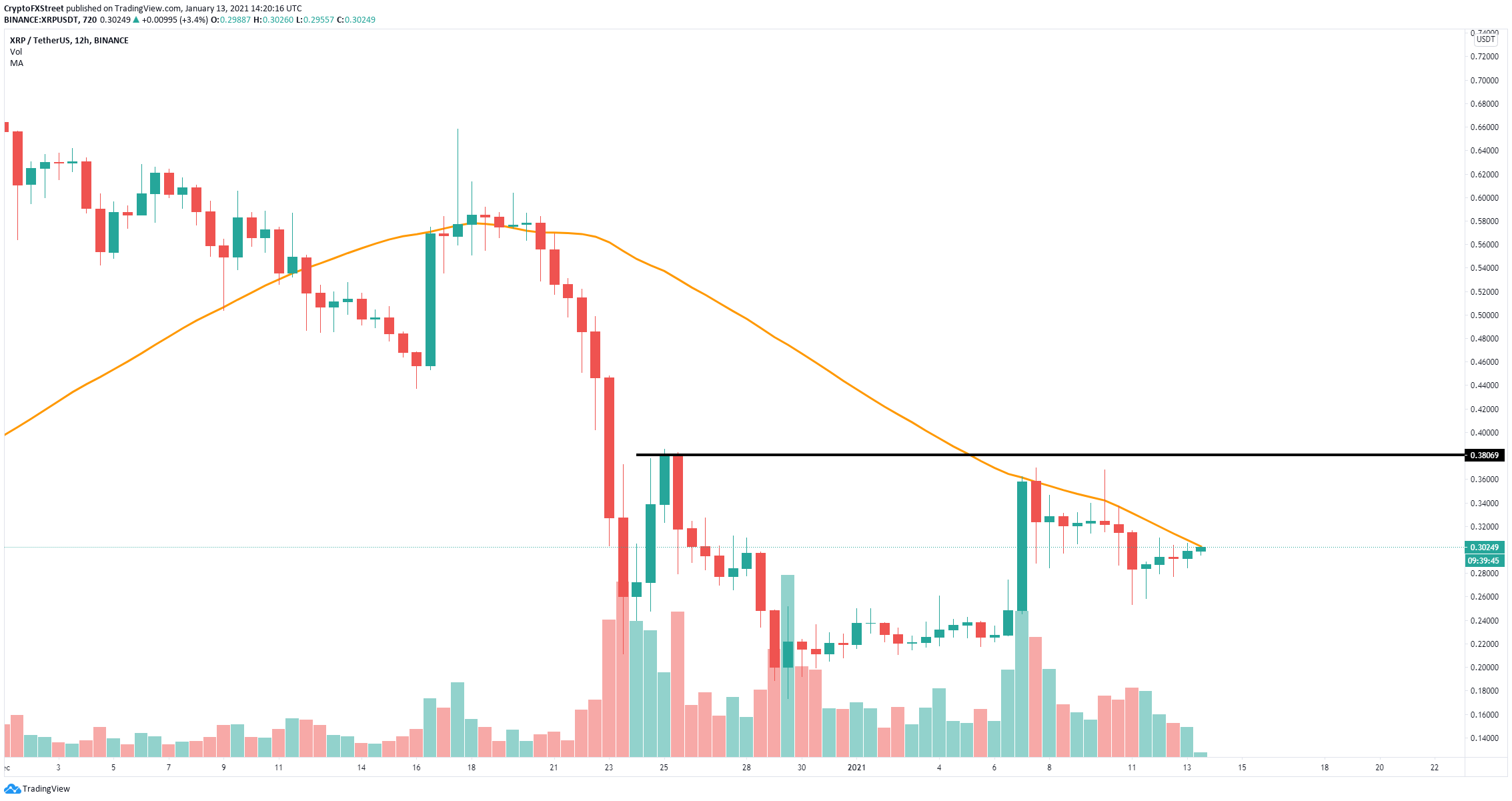 Recovering the 50-SMA as a support level can quickly push XRP price towards the next resistance level at $0.38. A breakout above this point would drive the digital asset to a new 2021-high around $0.60.