XRP dropped to the intraday low of $0.33 during early Asian hours amid news that the U.S. Securities and Exchange Commission (SEC) has officially filed a lawsuit against Ripple and its executives.

The regulator accuses the San-Fransisco-based fintech startup of illegally selling unregistered securities worth $1.3 billion to finance its business operations. According to the SEC's complaint, the company and its creators offered XRP to investors in the U.S. and worldwide to achieve its objectives.

Notably, the head of the company, Brad Garlighouse, said they would be sued by the SEC in a recent interview. He claimed that Ripple was ready to defend its position in court.

XRP is staring into the abyss

At the time of writing, XRP is changing hands at $0.36. Despite the recovery from the intraday lows, the coin lost nearly a quarter of its value on a day-to-day basis to become the worst-performing altcoin out of the top-10.

From the technical point of view, XRP recovered from the daily EMA100 at $0.35. This area may serve as a backstop for the price and allow for a un upside correction. However, only a sustainable move above $0.45 will mitigate the bearish pressure and allow for an extended recovery. As FXStreet previously reported, this barrier is created by an x-axis of the now broken descending triangle pattern. 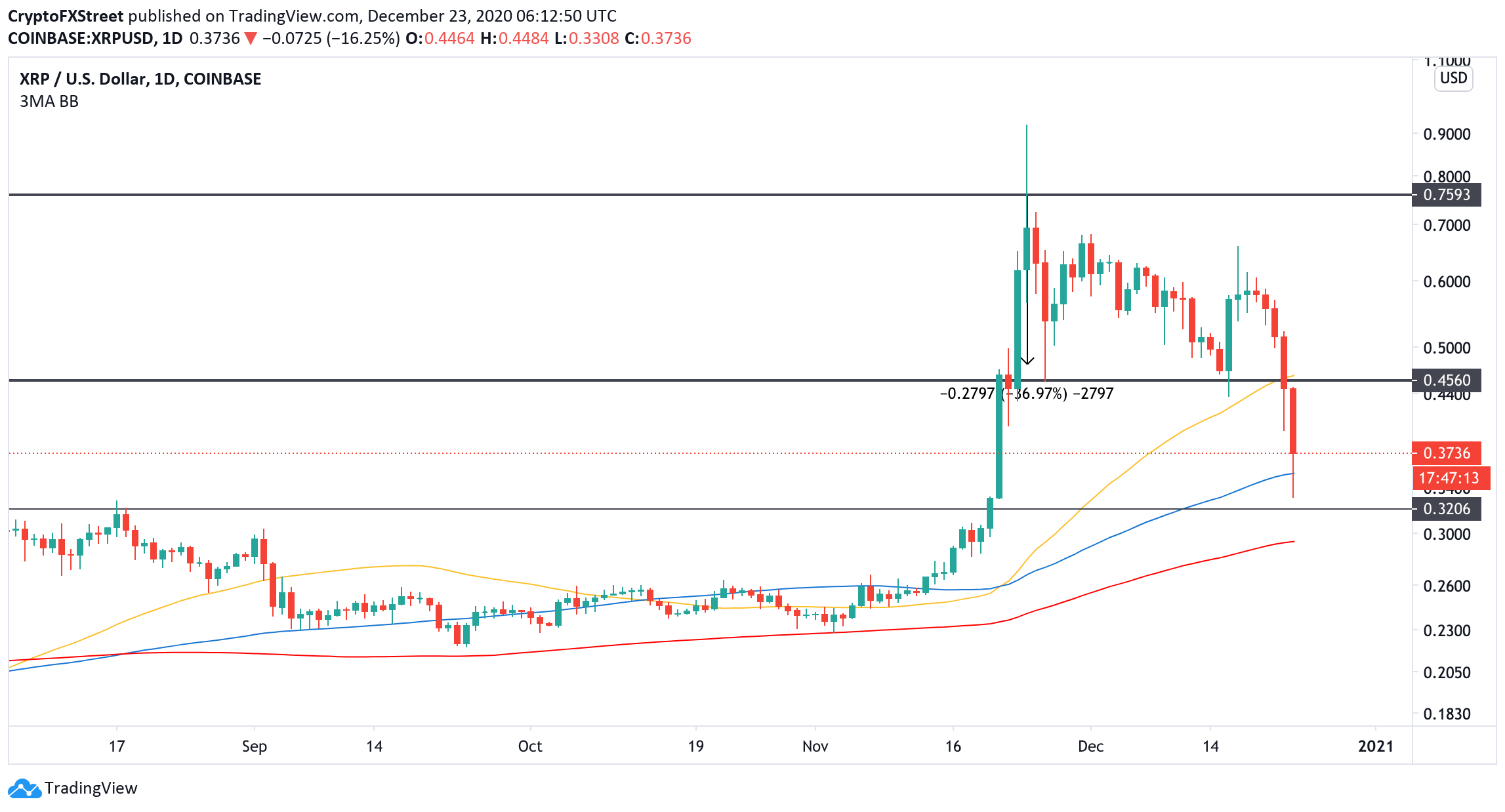 A failure at daily EMA100 will increase the downside pressure and open up the way to the psychological $0.3, reinforced by the daily EMA200. Also, it is an estimated bearish target from a descending triangle breakdown.