In a panel organised by The Block, Andrew Peel, Head of Digital Asset Markets at Morgan Stanley, said that the significant interest in decentralized finance (DeFi) is expected to continue to grow in 2021.

Peel further argued that the technology provided by this sector will be utilised "in some more regulated way" in the coming years and be used for innovation in digital financial infrastructure.

The downtrend that started after Yearn.Finance (YFI) touched a record-high near $44,000 in early September and lasted for two months ended near $,7500. The decisive rebound witnessed in early November lifted the price to $31,780 in December. 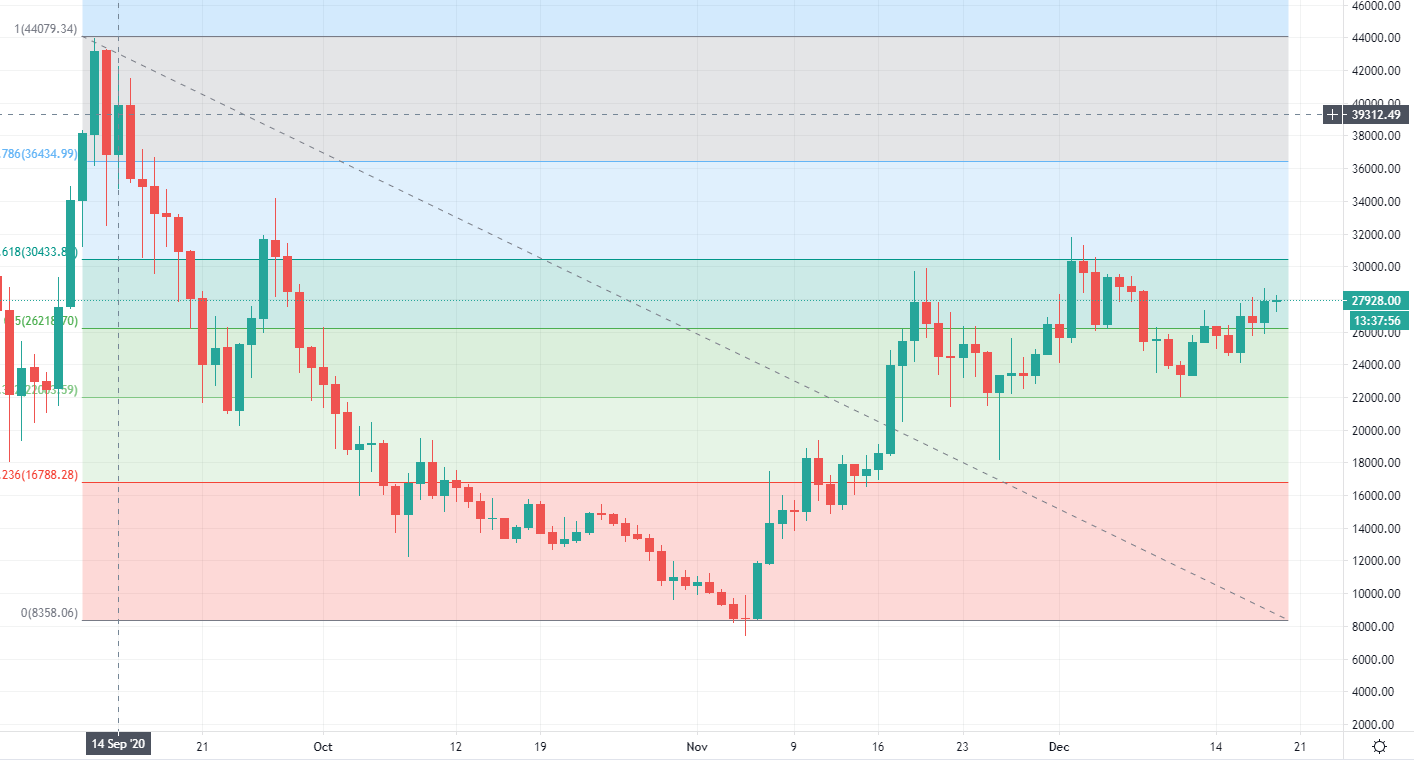 After closing the previous three days in the positive territory, Uniswap (UNI) preserved its bullish momentum on Saturday and climbed to its highest level in more than three weeks at $4.1950. On the 4-hour chart, UNI trades in an ascending channel that extends to $4.50. On November 24th, the price made a sharp U-turn after reaching that level and lost more than 20% in four days. If UNI manages to make a daily close above $4.50, $5 (psychological level) could be seen as the next target.

On the downside, the middle line of the ascending channel at $4 and the lower limit at $3,7 could be seen as near-term support levels. 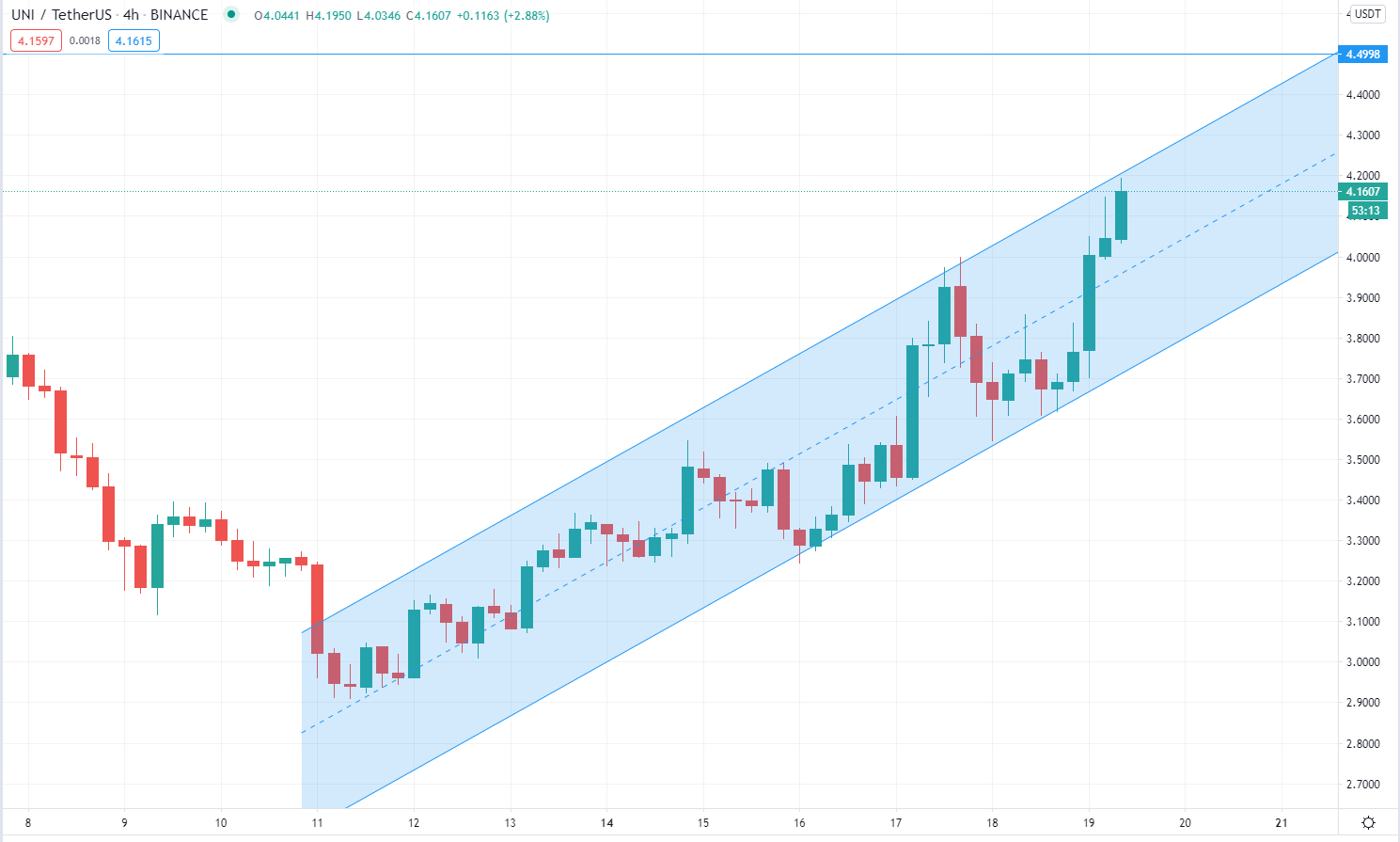 SushiSwap extended its rally into a third straight week and was last seen trading at $2.98, gaining 5.6% and 25% on a daily and weekly basis, respectively. However, the Relative Strength Index (RSI) indicator on the daily chart is approaching the overbought territory, suggesting that the price could stage a technical correction before the next leg up.

Nevertheless, if SUSHI stays in the ascending channel that could be seen on the daily chart, buyers are likely to remain in control of the price. The lower limit of the channel is currently located around $2.4 and unless the price makes a daily close below that level, $3.5 could be reached toward the end of the year. 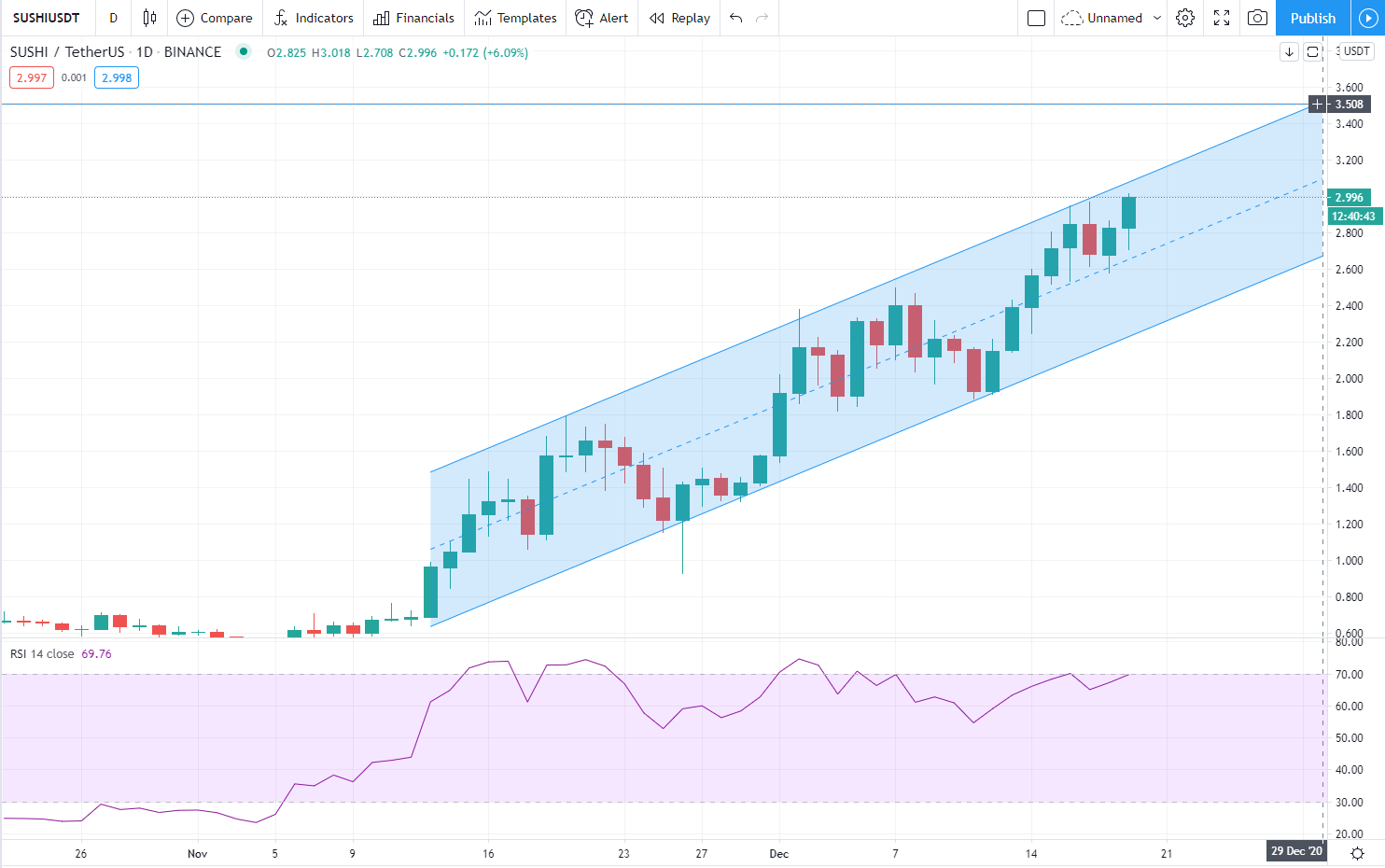 With the growth of institutional interest in the decentralized finance space expected to remain intact in 2021, DeFi tokens look to capitalize on a strong fourth quarter.