Litecoin (LTC) is seeing an attempt to break above S1 monthly resistance being rejected. That said, Bulls are still actively buying in the red zone, preparing for another bullish breakout attempt. Given built-in momentum, for now, only global market sentiment is weighing on LTC price action. If $160 breaks to the upside, expect a bullish run towards $230, holding a 46% profit potential.

Litecoin bulls are preparing for 46% of gains

Litecoin price has been stuck in a distribution phase between $140-$160, for most of December. During this time, bears and bulls have been exchanging positions intensively, and normally, these sorts of phases end with a bullish breakout. Resistance remains from the monthly S1 at $159 at the top of the distribution zone, as well as headwinds from global markets this morning, with Omicron stoking investors' worries of a reinstitution of economically devastating lockdowns.

LTC will see bulls accumulating  in the red zone, with support present at $140. The Relative Strength Index is starting to tick up slowly, revealing momentum building in favor of a bullish breakout. Once global market headwinds start to fade, expect a break above $160 and an initial first test of the rally at $170, where the 200-day Simple Moving Average (SMA) is situated. 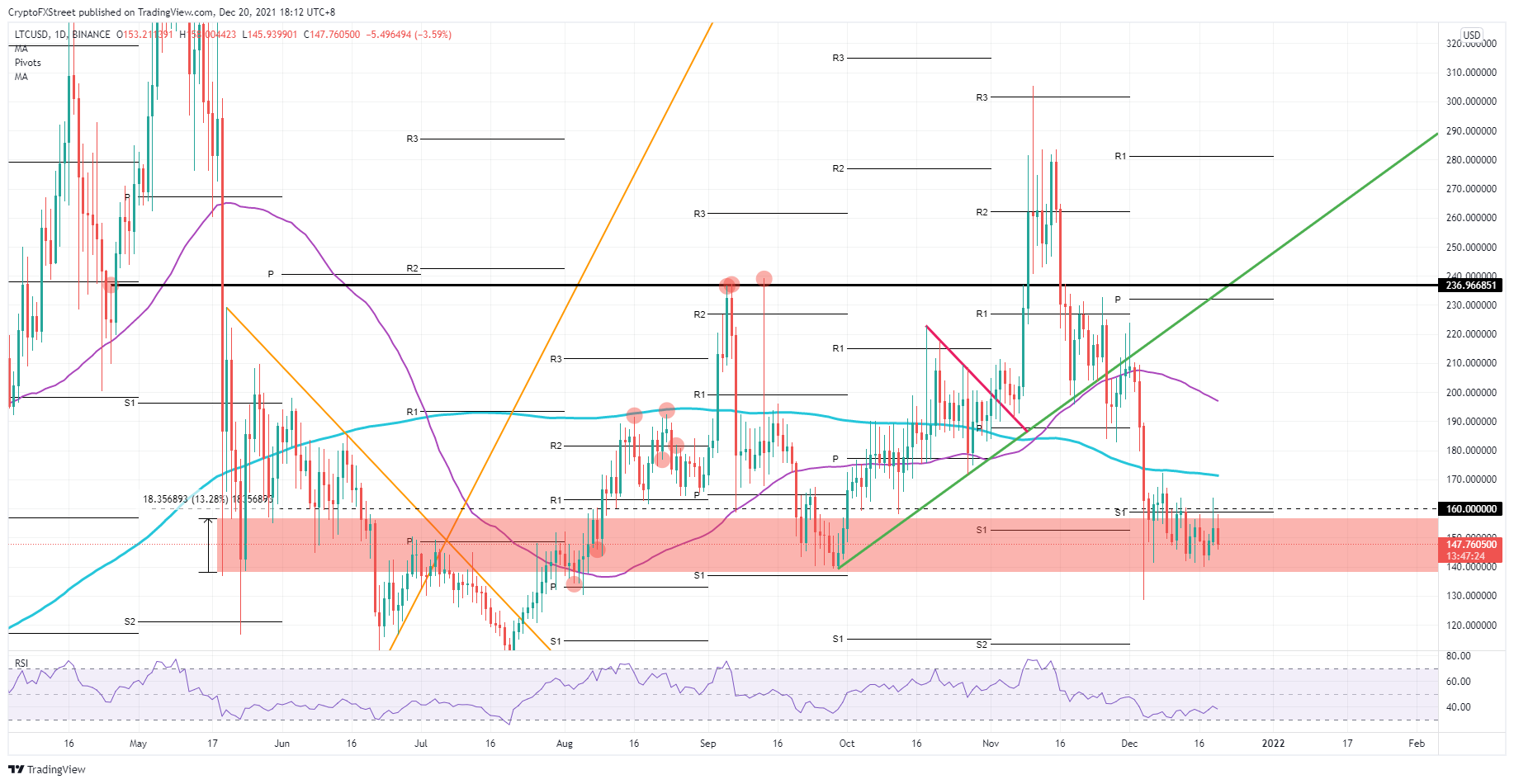 Once punched through, the 200-day SMA will probably  turn into support. Following that, expect not much in the way of resistance all the way up to $230 except the 55-day SMA at around $195, which could trigger some profit-taking. Should the S1 monthly support at $160, or the 200-day SMA reject price, expect LTC price to collapse and quickly dip back to $140 for a test of support and a possible dip lower towards $130, forming a double bottom when coupled with the falling knife correction a few weeks ago.