Bitcoiners believe Ethereum is a security, after Ethereum holders changed the properties of the altcoin in a vote. Ethereum's transition from Proof-of-Work to Proof-of-Stake is being considered evidence for ETH being a security.

Also read: JUST IN: This is when Ethereum's Merge hard fork will be activated

Ethereum is a security debate rages on

As the Ethereum merge draws closer, the "Ethereum is a security" debate is raging on. The debate has gained more traction as the transition to Proof-of-Stake draws closer. Vitalik Buterin, the founder of Ethereum, took it to Twitter to address critics and slam their claim that ETH is security.

Nick Payton, a Bitcoiner, explained on Twitter that users of Ethereum voted to change to Proof-of-Stake, which in his opinion makes it a security. Buterin quoted Payton's tweet and clapped back at critics.

It's amazing how some PoW proponents just keep repeating the unmitigated bare-faced lie that PoS includes voting on protocol parameters (it doesn't, just like PoW doesn't) and this so often just goes unchallenged. Nodes reject invalid blocks, in PoS and in PoW. It's not hard.

It's amazing how some PoW proponents just keep repeating the unmitigated bare-faced lie that PoS includes voting on protocol parameters (it doesn't, just like PoW doesn't) and this so often just goes unchallenged.

Nodes reject invalid blocks, in PoS and in PoW. It's not hard. https://t.co/vLEWWsWIsG

For years the crypto industry has been struggling with the Securities and Exchange Commission's position on cryptocurrencies. XRPArmy and several members of the crypto community have argued that ETH is a security and should be considered as such, but that is an open question. However, Buterin and Ethereum proponents argue that is not true.

Ethereum price is at risk of decline

Analysts evaluated the Ethereum price trend and identified a risk of further decline in the altcoin. FXStreet analysts believe Ethereum price could drop to the $1,000 level, and a clean break could confirm the bearish thesis.

@CryptoCapo_, a crypto analyst and trader, pointed that Ethereum was testing an old all-time high as a resistance level, being unable to break above there. Overall, the Ethereum price is in a bearish trend, and the analyst has predicted a clean break below $1,000. 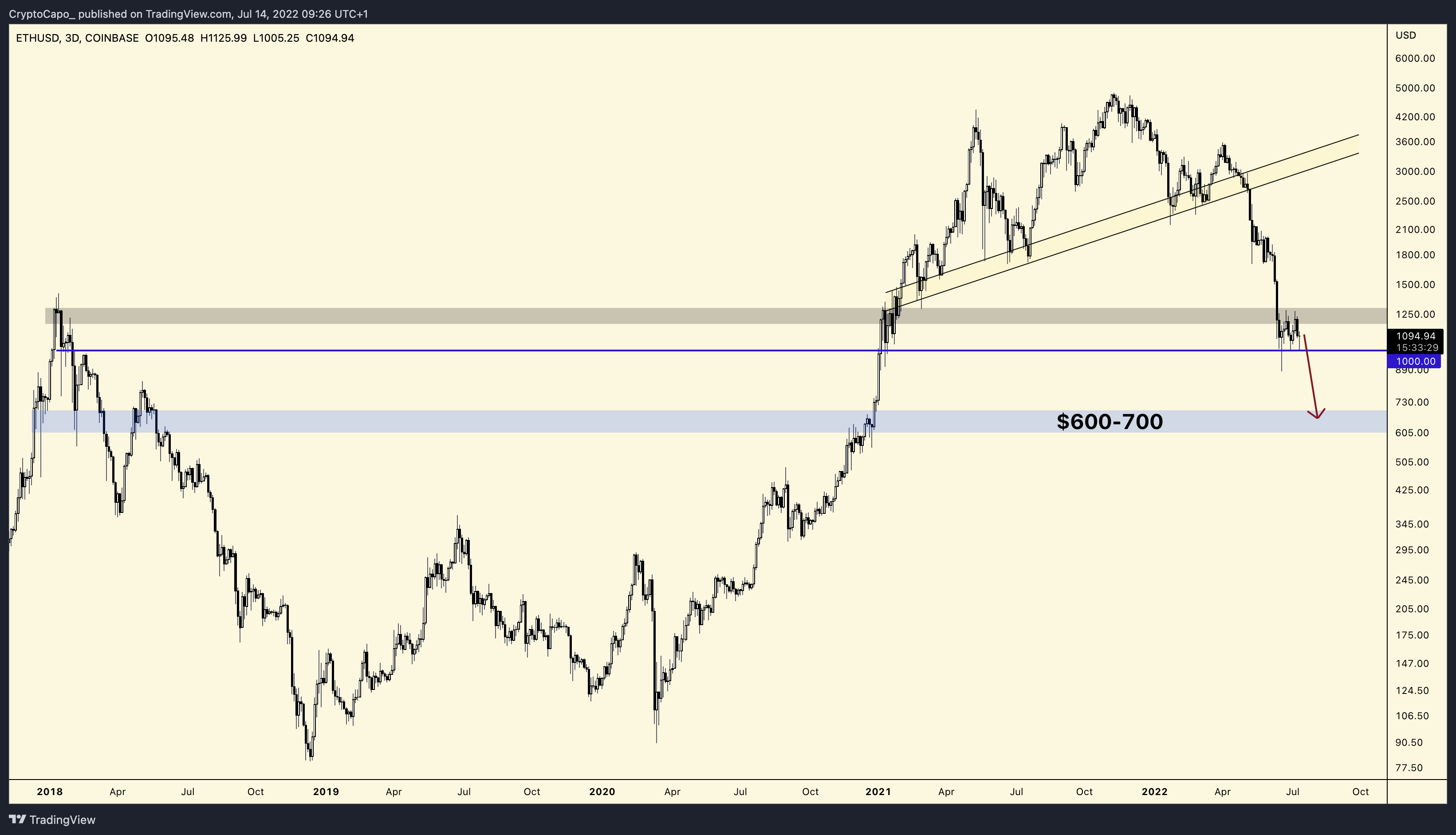 For price targets and trends, check this video:

When it comes to cryptocurrencies, the first spot is fixed for Bitcoin. However, the struggle between the second and the rest of the cryptos continues. This case extends to stablecoins as well since USDC is finding takers even in the most unconventional cases.

XRP price is showing applaudable retaliation signals. Since September 25, the bears have conquered the market, forging a 20% loss in market value for the digital remittance token. Invalidation of the bullish thesis is a breach of $0.31.