Solana active nodes could face disruption on March 2, causing unwanted effects for the blockchain. A ripple effect might deter SOL price from climbing and perhaps even drag it down.

At the time of writing, almost 15% of all active network stake for the Solana blockchain is housed in the Hetzner Falkenstein data center. The company announced recently that several of its routers would be facing downtime due to planned maintenance starting from March 2 to 5 between 3:00 AM to 5:30 AM CET.

The last time this happened was on February 3, which saw a significant amount of delinquent stake and network instability for several hours.

The impact of the last outage on February 3 wasn’t felt as much on Solana price, as it occurred deep in the bull run. Considering the recent market crash, the upcoming downtime could negatively impact this cryptocurrency.

To prevent such an undesired effect in the future, the Solana team added,

“Going forward, we intend to rely on the evolving stake bot program, which will enforce limits on the total amount of stake located in a given data center in order for nodes in that location to remain eligible for a Foundation delegation.”

Solana price saw a 36% correction from $18.17 to $11.50 between February 24 and 28. Now, a small upswing has resulted in a retest of the 78.6% Fibonacci retracement level at $14.82.  Although the planned maintenance is on March 2, it could play a pivotal role in determining SOL’s short-term future.

If the effects are wide-spread and prolonged, then a rejection of the $14.82 supply barrier seems likely. In such a case, Solana price could drop 18% to the 61.8% Fibonacci retracement level at $12.19.

A further spike in selling pressure here could extend this correction to $10.34, which coincides with the 50% Fibonacci retracement level. 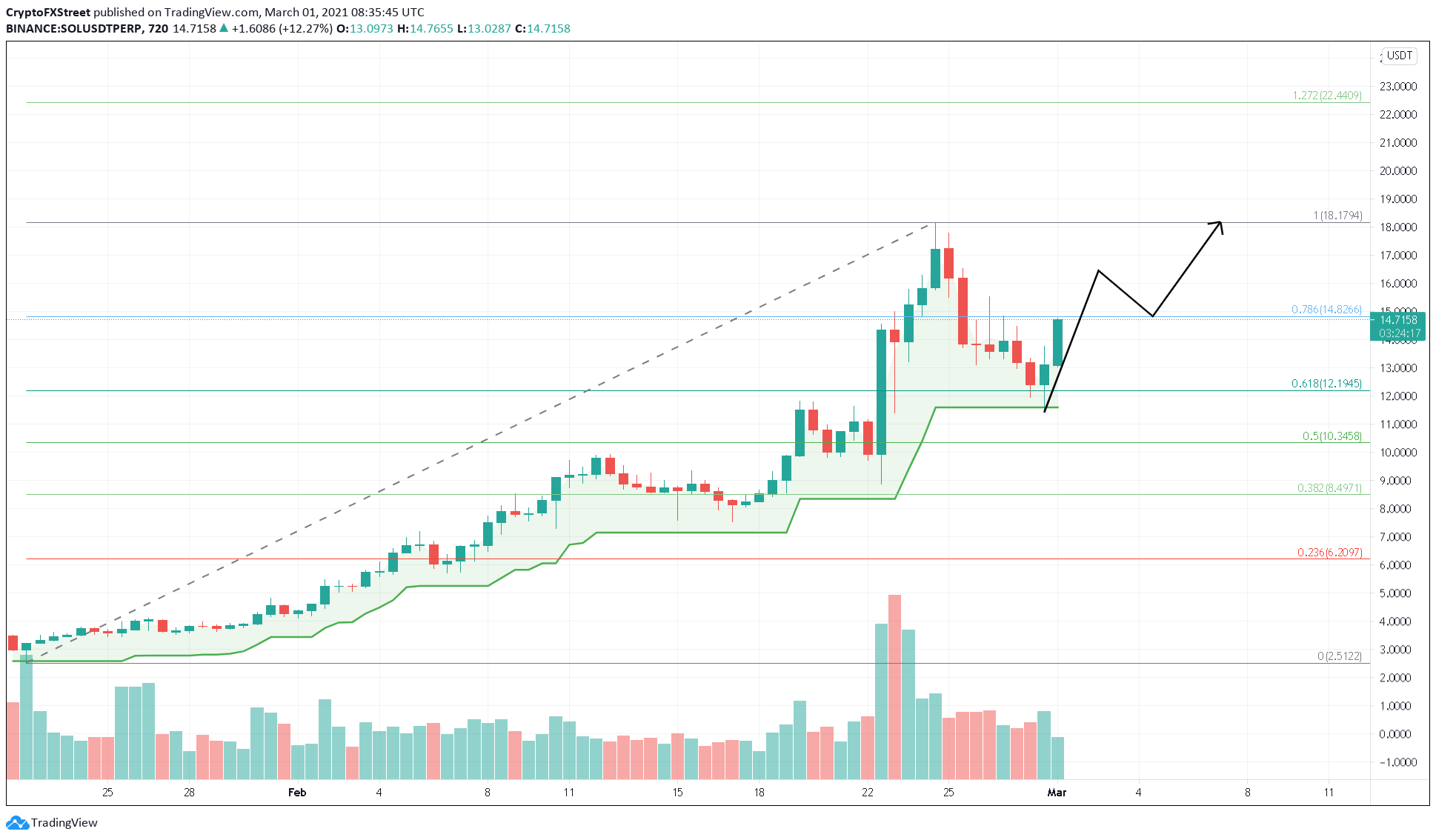 Investors need to note that Solana price faces stiff resistance at $14.80 after the recent rebound. If buying orders continue mounting, a decisive 12-hour candlestick close above this supply barrier could result in a 20% upswing to $18.17.