Ethereum price action has been stuck between two major barriers since January 24. The recent uptrend allowed ETH to push through a vital resistance barrier, signaling the bulls’ intentions to move higher.

Ethereum price set a supply zone, extending from $3,188 to $3,393 on January 15, before retracing 36% to the weekly support level at $2,324. A bounce off the weekly foothold led to a full recovery that retested the supply zone, but the momentum was lacking, leading to a rejection.

After retesting the weekly support barrier at $2,324 for the second time, ETH is making another attempt to revisit the $3,200 hurdle. So far, Ethereum price has sliced through the 50-day Simple Moving Average (SMA) at $2,853 and is currently retesting it to signify a successful breakout.

A bounce off this barrier is likely, and investors can expect the resulting rally to retest the supply zone’s lower limit at $3,188. In a highly bullish case, ETH could make a run for the upper limit at $3,393, which roughly coincides with the 100-day SMA. 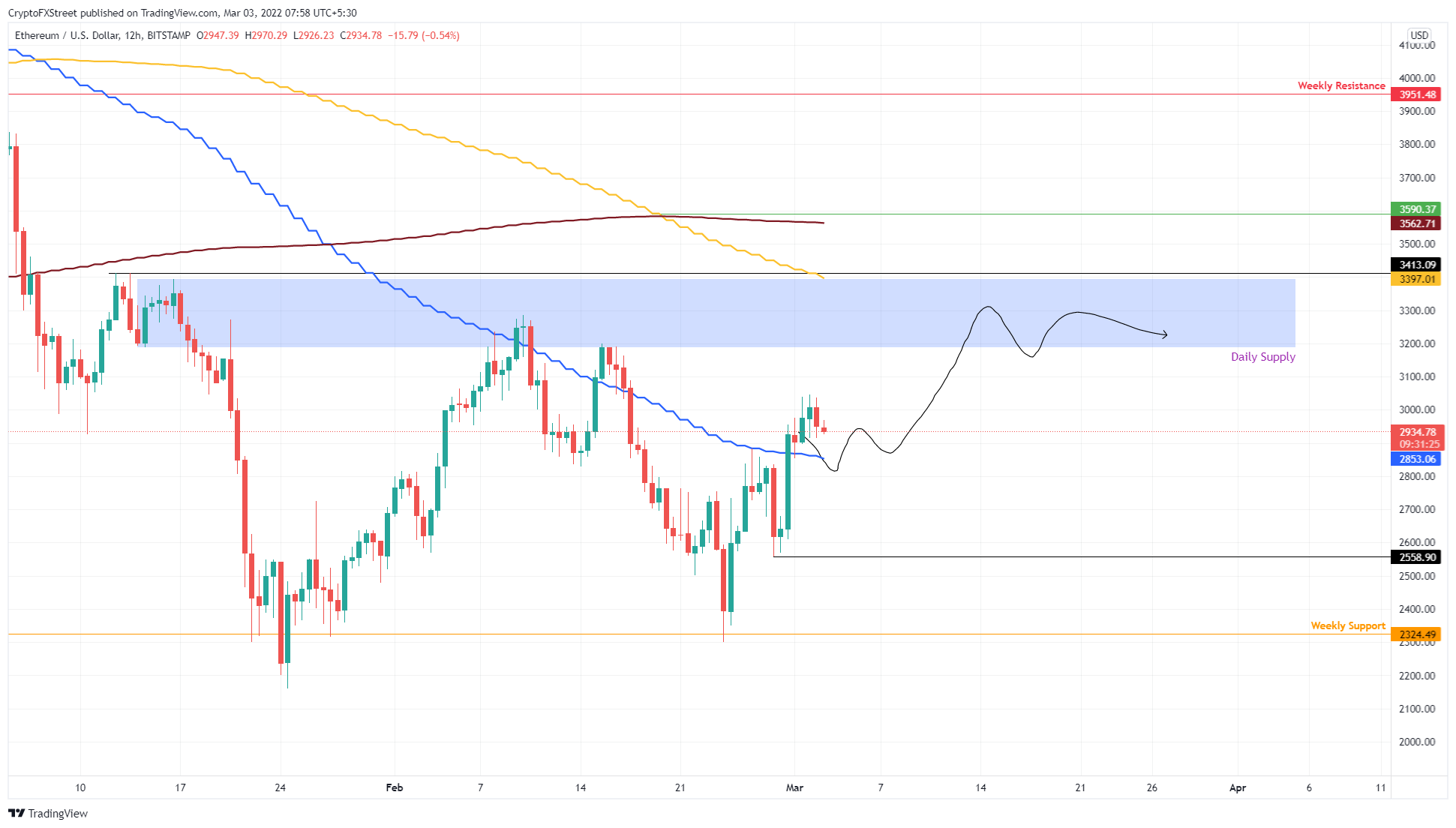 While things are looking up for Ethereum price, a breakdown of the 50-day SMA will indicate an increased sell-side pressure. This move needs to recover and set a higher low to sustain the optimistic outlook.

If the buyers fail to do so, resulting in a twelve-hour candlestick close below $2,567, it will create a lower low and invalidate the bullish thesis for Ethereum price.