Solana decoupled from top cryptocurrencies Bitcoin and Ethereum in September 2021. Popular as “Ethereum killers,” Solana and Cardano compete for a higher share of the decentralized application ecosystem.

According to some proponents, the outage suffered by the Solana network was the nail in the coffin for the altcoin. However, Solana recovered, posting nearly 40% gains in the past 30 days.

Solana is considered an Ethereum alternative, just as Cardano and Polkadot. Market observers have noted that the altcoin has roped in Bitcoin maximalists, primarily due to its high return on investment over the past year.

After talking to a bunch of folks over the last couple months, it's pretty clear that SOL is successfully winning over a significant number of BTC Maxis or near-maxis, which have previously owned zero ETH or very little ETH.

I think there's a couple reasons for that-

Cardano may have initially gained popularity on similar grounds, moreover after the Alonzo hard fork has paved the way for hundreds of smart contracts to join the network. Cardano and Solana are now actively competing to attract developers and decentralized finance projects to their ecosystem.

Cardano has taken steps to introduce projects that boost the utility and demand for ADA, its native token. At the same time, Solana’s long-awaited ‘Ignition Hackathon’ has offered several prizes and incentives for next-gen Web3, gaming and DeFi projects building on its network.

1/ There are prizes for each of the four IGNITION tracks — Web3, DeFi, Gaming, Arts & Collectables — but did you know that there are also several company prizes? https://t.co/EB0cepKE1V

Here’s what you could win

With the addition of Solrise DEX Pro, a decentralized exchange built on top of Serum (a Solana-based DEX), there is a boost in the utility of native token SOL.

Interestingly, SOL has offered the second highest risk-adjusted returns among top cryptocurrencies over the past thirty days. The altcoin has left Ethereum and Cardano, its top competitors behind, ranking in top three. 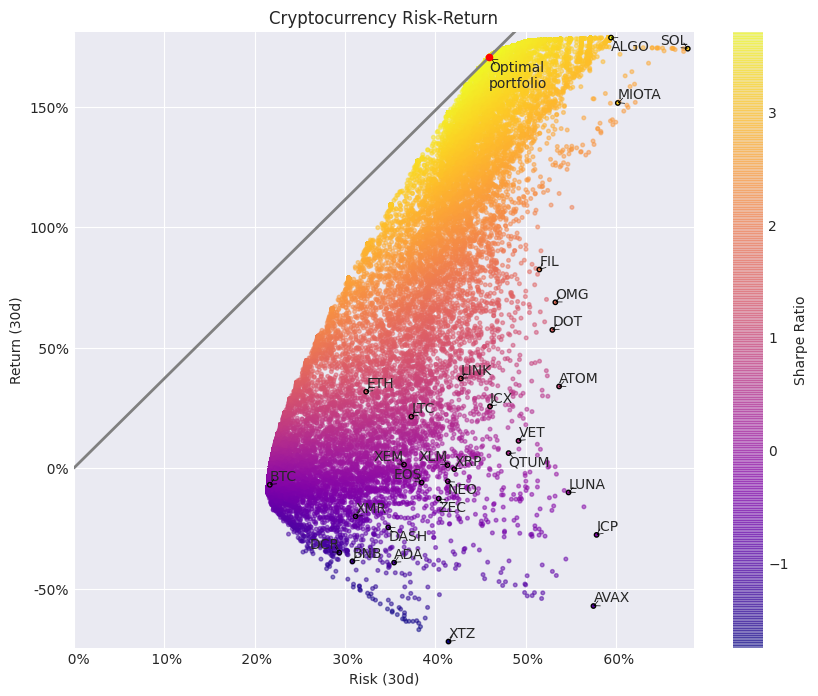 DeFi operations can avoid transaction fees and ensure price stability through the use of Djed. Since high gas fees are a cause of concern among most Ethereum users, Cardano’s latest development will likely attract users from the ETH community. The battle for a higher DeFi market share is on.

FXStreet analysts have evaluated Solana and predicted a 20% pullback before SOL begins its upward climb.