Elrond had a mild sell-off in the past 24 hours but so far has managed to defend a critical support trendline. Bulls now aim to push the digital asset towards the next most significant resistance level into a breakout.

Elrond has formed an ascending triangle pattern on the 4-hour chart and has just managed to defend the lower trendline support located at $138. A rebound from this point should quickly drive Elrond price towards the upper boundary of the pattern. 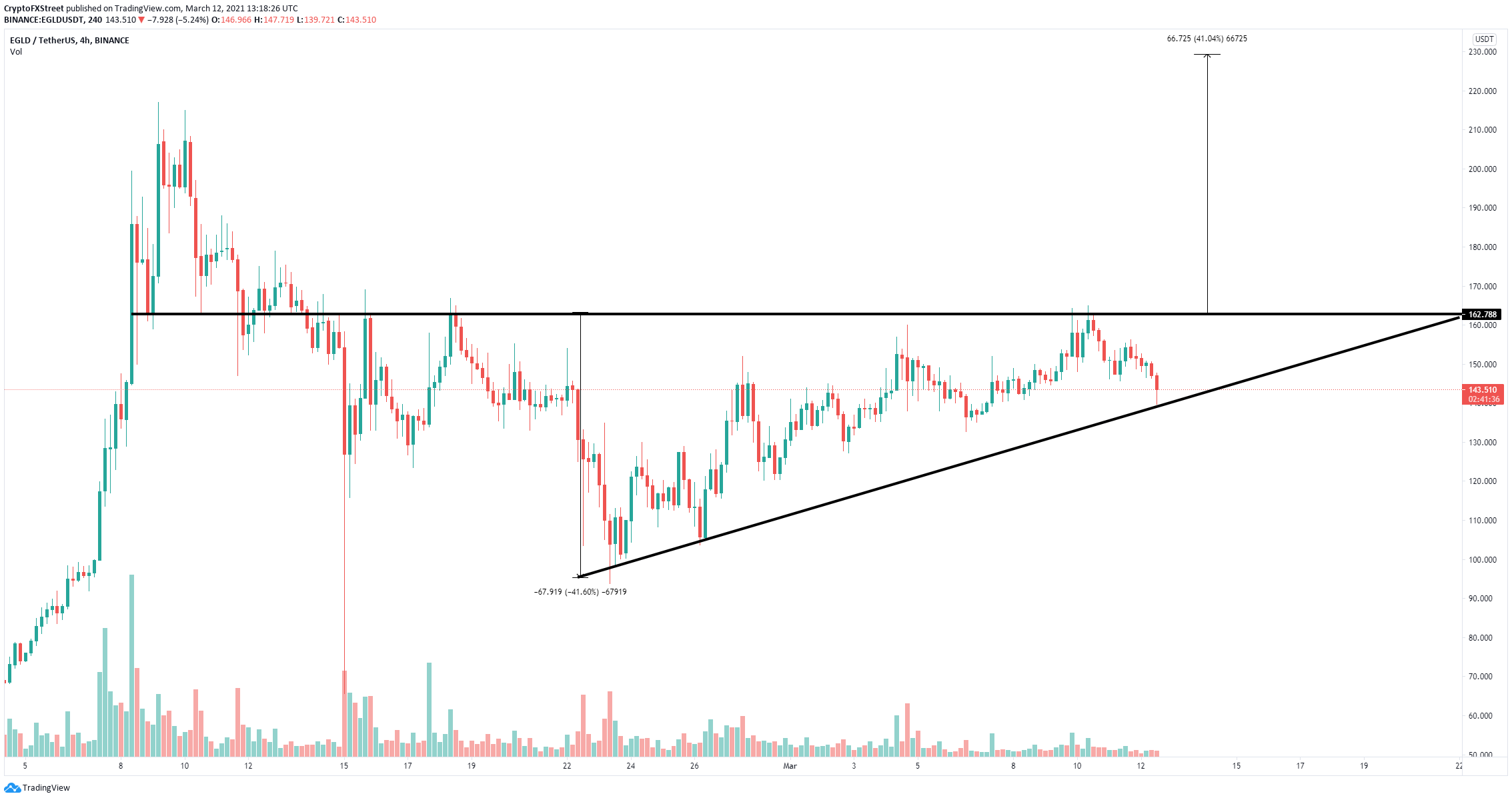 The critical resistance level at $163 is the key for a massive 41% breakout. If the bulls can manage to push Elrond above this point, the digital asset will most likely reach new all-time highs at $230. 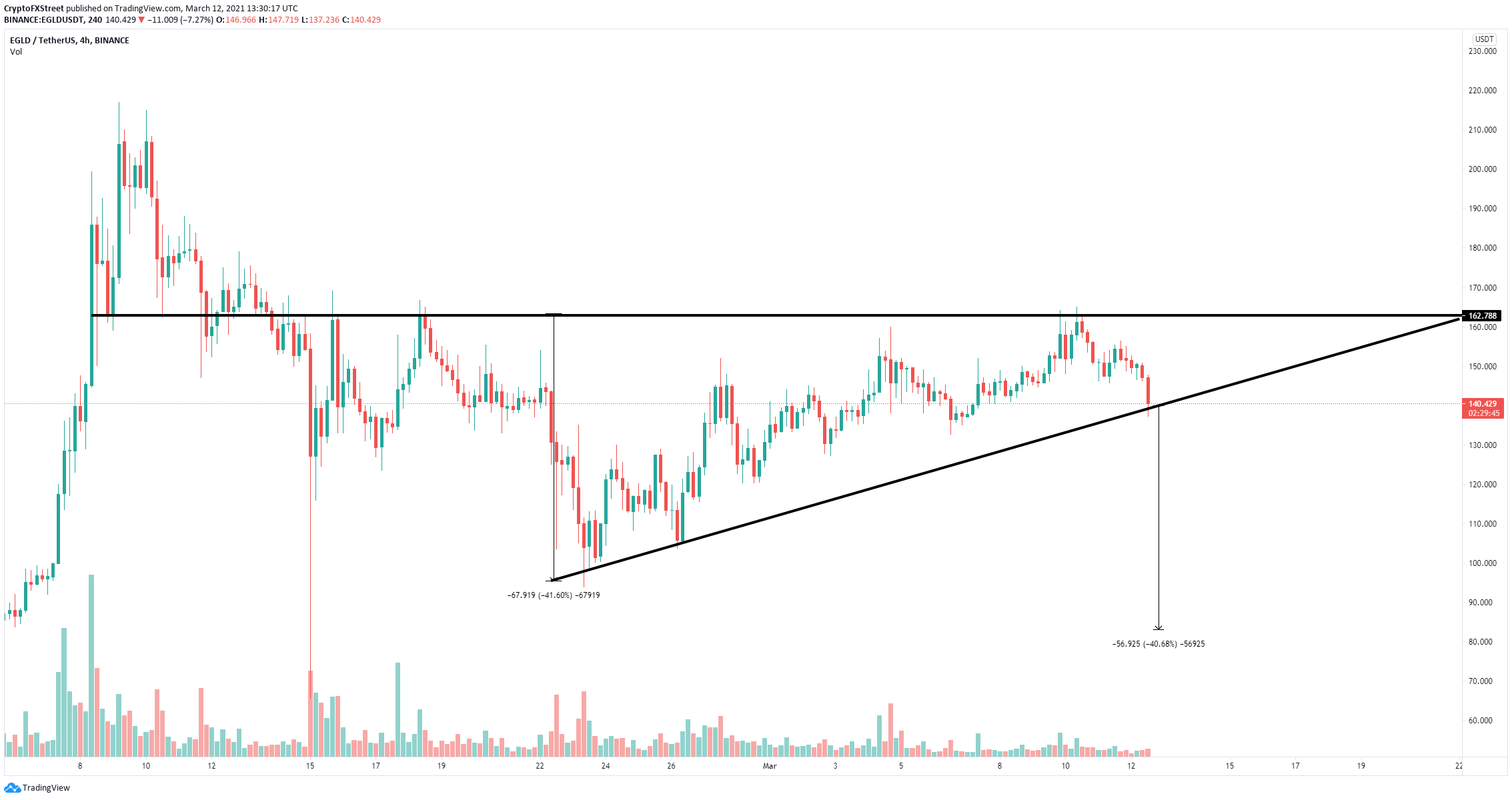 Although Elrond held the key support level so far, the current price of $141 remains dangerously close to it. A breakdown below the lower boundary of the pattern will drive Elrond price towards $83.