The Dogecoin price has been moving sideways inside a technical formation with no inherent bias. A move out of this setup could result in a highly volatile action.

The Dogecoin price has formed lower highs and higher lows since February 18. By drawing trend lines along with these swing points, a symmetrical triangle seems to form.

This pattern’s breakout will result in a 36% move, determined by measuring the distance between the swing high and low at the broadest part of the setup.

Since this technical formation has no inherent bias, an uptrend will evolve if DOGE slices through the upper trend line around $0.061. Secondary confirmation of this uptrend will arrive if the Dogecoin price closes above $0.063 on the 12-hour chart.

Likewise, a breakdown of the setup’s lower boundary around $0.047 will confirm the start of a new downtrend and result in a crash to $0.033.

However, the Moving Average Convergence Divergence (MACD) indicator presented a bullish crossover since the MACD line (blue) moved above the signal line (orange) recently. Such an advance suggests an overall positive outlook for DOGE.

A spike in bullish momentum that pushes the Dogecoin price above the upper trend line at $0.061 will cement the meme coin’s bullish nature. In this case, DOGE is likely to head toward $0.083, which is a 36% upswing. 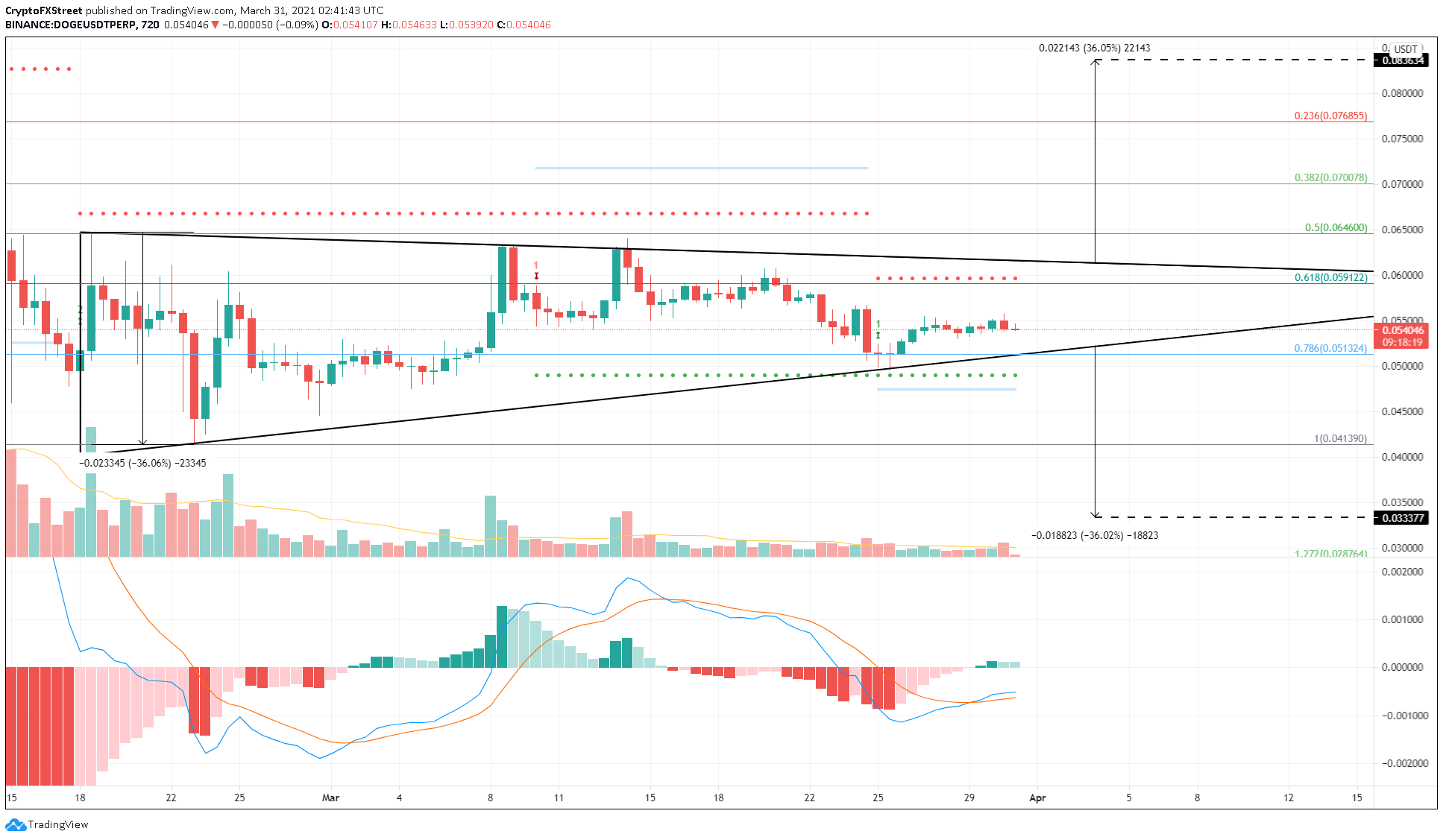 IntoTheBlock’s In/Out of the Money Around Price (IOMAP) model shows that the Dogecoin price is present between a stable support barrier at $0.053 and a cluster of resistance levels ranging from $0.054 to $0.058.

Hence, a volatile move, especially to the upside, will not occur until these levels are breached convincingly.

A spike in bullish pressure is crucial for the uptrend since DOGE needs to overcome the underwater investors who might want to break-even.

Regardless, if the Dogecoin price slices through the lower trend line around $0.047, it will invalidate the bullish thesis and confirm a downtrend. If the bearish momentum persists, DOGE could slide 20% to the immediate support level at $0.043.