Dogecoin price is retracing after getting rejected at a stiff resistance level. While this correction could extend lower, it will be in search of a launching pad that will propel DOGE higher.

Dogecoin price dropped 38% from September 7 to where it currently stands, $0.201. This downtrend sliced through the demand zone ranging from $0.213 to $0.230. Attempts to reclaim this failed as buying pressure fell short.

Now DOGE is hovering above the $0.193 support floor in hopes of taking another jab at the resistance barrier mentioned above. A potential spike in buying pressure that clears this hurdle could potentially kick-start an uptrend. 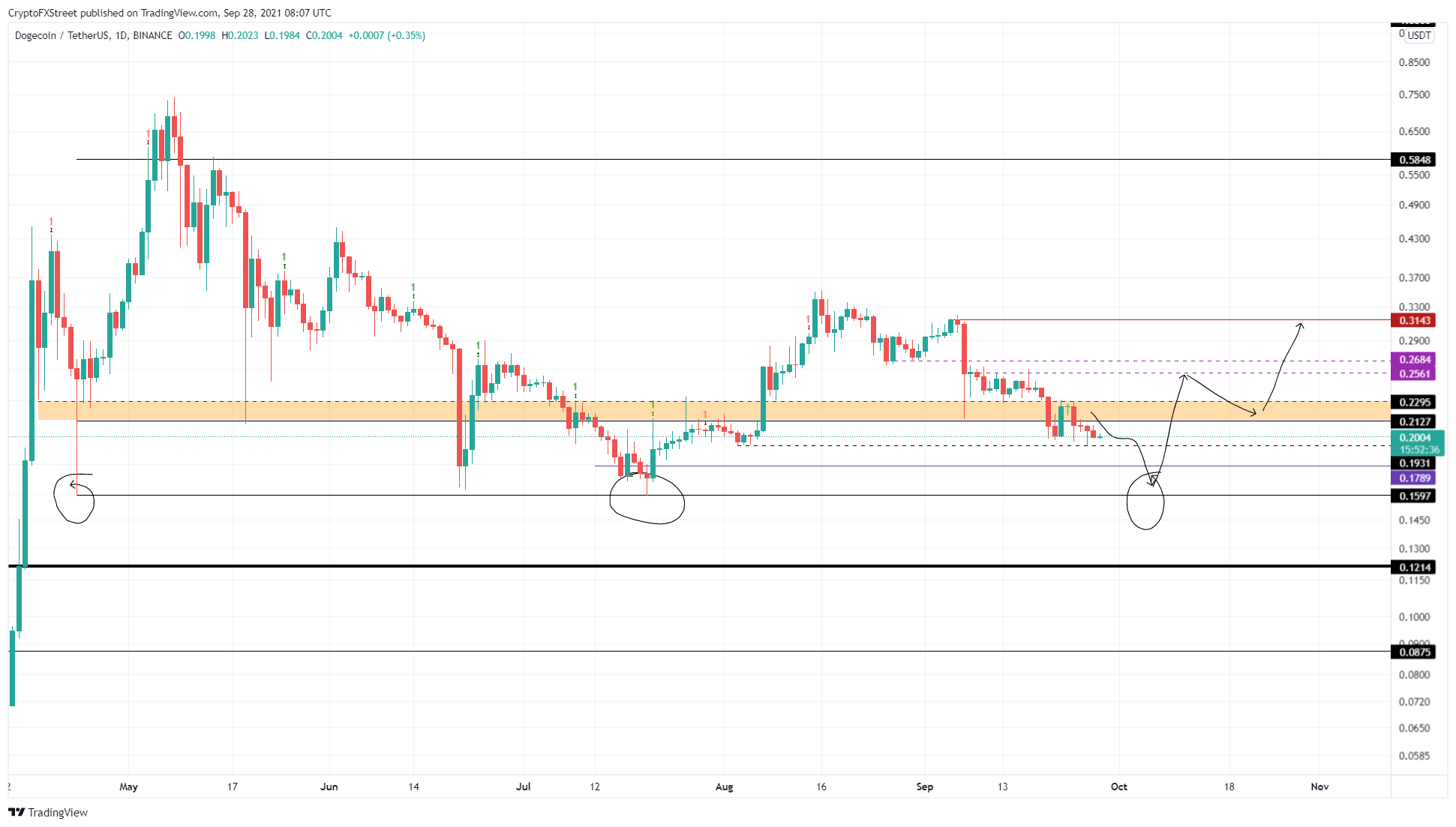 Although a retracement to the $0.179 or $0.160 support floors is expected, investors should be mindful of the selling pressure that knocks Dogecoin’s price to produce a swing low below $0.160. Such a development will invalidate the bullish thesis as it would be a lower low.

However, there is a chance this swing low could be manipulation from the market makers to collect the sell stop liquidity resting below $0.160. In which case, a new bull rally could kick-start, pushing DOGE to resistance levels like $0.213, $0.23 or $0.268.