Decentraland price is very close to confirming one of the most sought-after short-entry setups in the Ichimoku Kinko Hyo system: the Ideal Bearish Ichimoku Breakout. If confirmed, a prolonged downtrend is highly probable.

Decentraland price could be positioning for a more extended downswing than initially anticipated. The Ideal Bearish Ichimoku Breakout was recently confirmed on the Wednesday close after fulfilling all of the requirements for that short entry. The conditions for that entry are as follows:

All of the conditions above were fulfilled on Wednesday’s close. Decentraland price, today, has made several attempts to return above Senkou Span B and the Kijun-Sen, but those efforts have been rebuffed. As a result, this current test of the breakout below the Cloud, if it holds, will likely generate some substantial selling pressure. 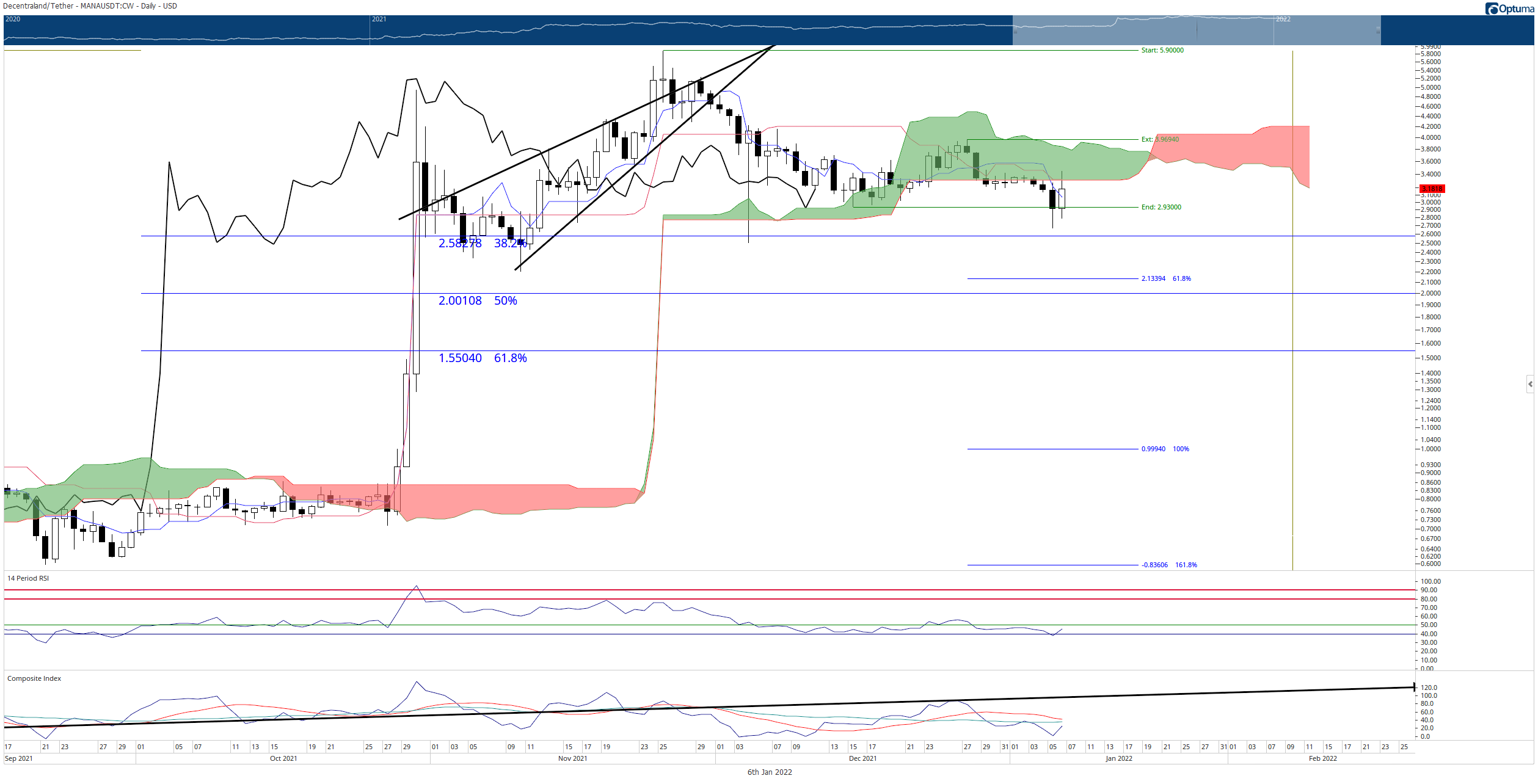 Because Decentraland price has yet to make a standard 50% retracement from its recent bull run, a return to the 50% Fibonacci retracement at $2.00 is likely.