Ethereum Classic price has failed to reach the 38.2% Fibonacci retracement at $80.75, a fundamental level of resistance for the move that has totaled over 100% from the July 20 low. With the July ascending trend line providing support, coupled with the nearby support directed by the June 30 high of $62.45, ETC should engineer a new attempt to touch the Fibonacci level before undergoing a complete pullback.

MATIC price reached the 50% retracement at $1.75 after confidently holding the July ascending trend line on August 18 and 19. However, the bearish momentum divergence, first visible on the intra-day timeframes, has expanded to the daily chart, confirming declining momentum for the Polygon rally that has already reached 180%.

SafeMoon price nearly reached the measured move target of the descending triangle pattern at $0.00000111 on August 16 before closing with a bullish hammer candlestick pattern, establishing a timely entry price for eager SAFEMOON speculators at $0.00000207. The cosmic token activated the candlestick pattern on August 20 and has raised the probability it can scale higher prices. 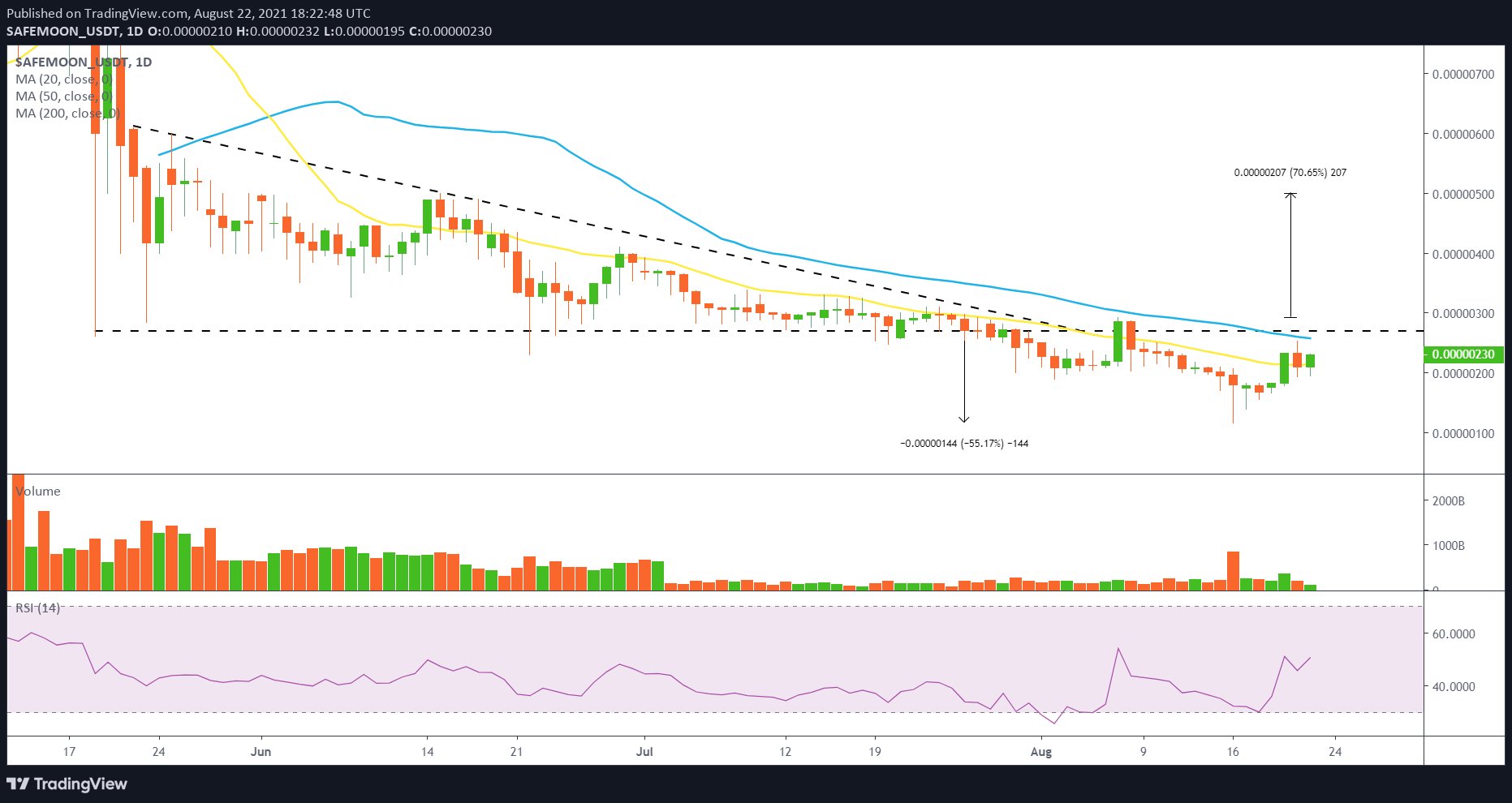