Bitcoin has reached a $217 billion market capitalization after the bullish momentum of the last week. The digital asset has gained more than $27 billion in market cap after hitting a low price of $10,249 on September 24. Bulls are in full control and eying up $12,000.

Cardano Price Analysis: ADA bulls in control, but the bears are waiting around the corner

Between September 2 and September 23, the price of ADA dropped from $0.125 to $0.76. Following that, ADA bounced up from a healthy support line and jumped to $0.11, as of writing. The "Ethereum killer" is presently consolidating between 50-day SMA and 100-day SMA.

Uniswap Price Prediction: UNI bulls try to shift the odds in their favor

Uniswap started trading as high as $7 on its first day but quickly fell off due to the intense selling pressure. The digital asset reached a $700 million market capitalization on September 18. Despite the downtrend, the market cap has increased again to $641 million due to more circulating supply. 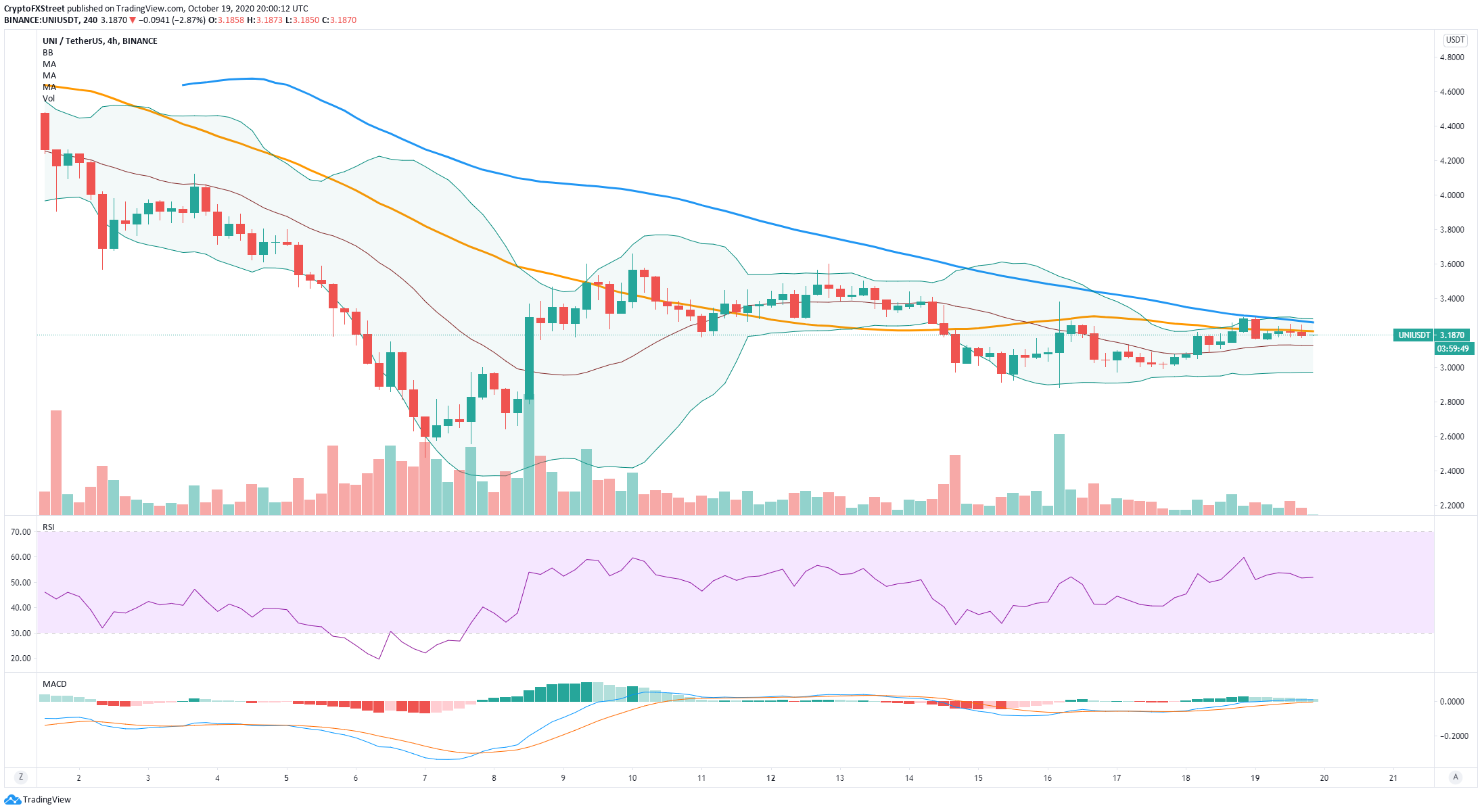