Back on December 22, 2020, the SEC filed charges against Ripple and two of its executives for allegedly conducting a $1.3 billion unregistered securities offering. XRP price plummeted and lost more than 60% of its value within a week after the announcement.

XRP price can’t seem to recover from the SEC blow

Not only did the SEC charge Ripple, but most popular US-based exchanges have delisted XRP or halted trading. These announcements also caused XRP price to drop even lower reaching a local bottom of $0.173 on December 29, 2020. 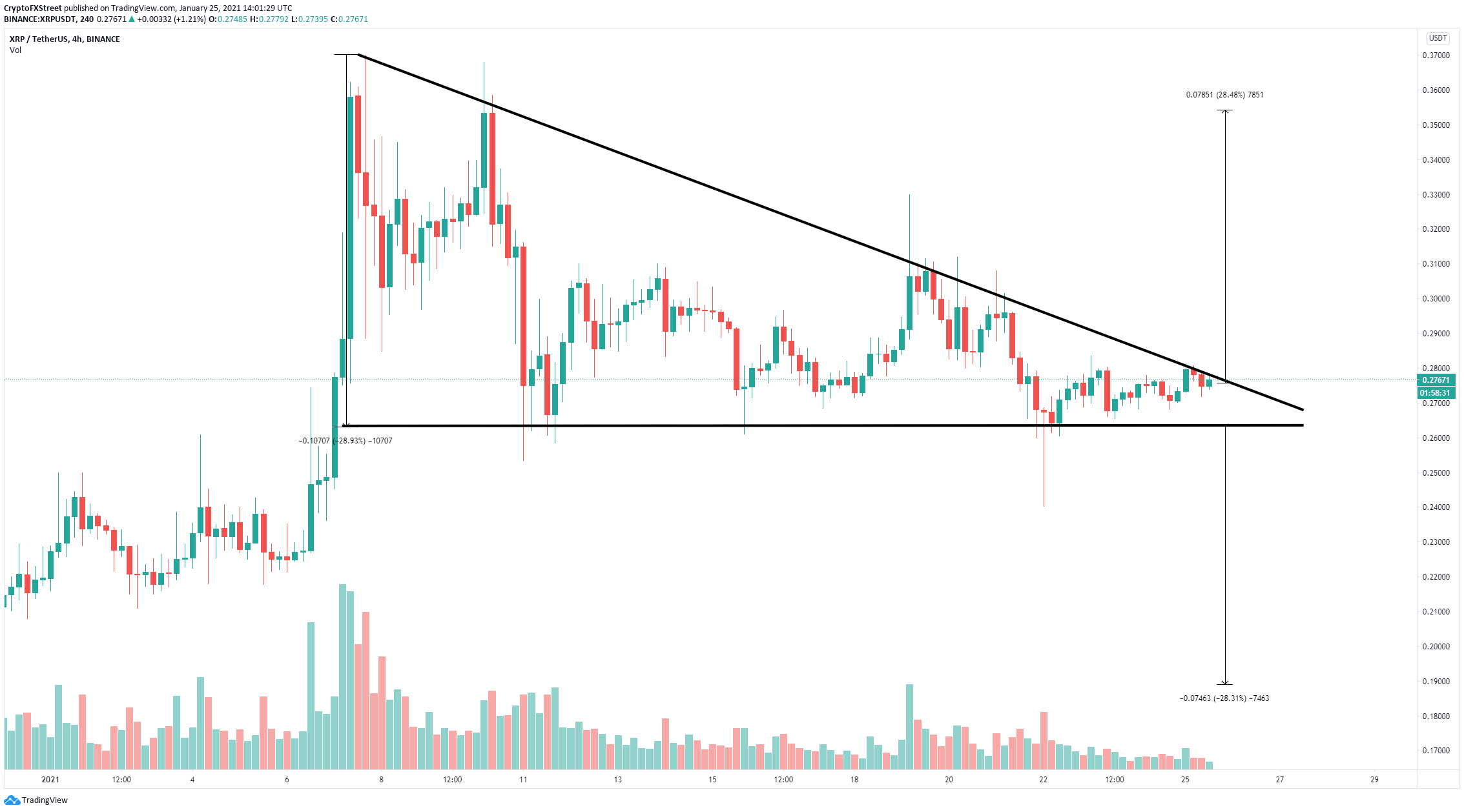 From a technical perspective, XRP has established a descending triangle pattern on the 4-hour chart, which seems to be on the verge of a breakdown or breakout. The digital asset just got rejected from the upper boundary trendline and losing the $0.263 critical support level would send XRP price down to $0.188.

However, there is still a chance for XRP bulls to crash through the upper trendline of the triangle pattern on the 4-hour chart. This breakout can drive XRP price towards a high of $0.35 in the long-term.

A price breakdown would be far more likely if other popular analysts like Stephen Palley come out against XRP. Palley is a Blockchain and virtual currency attorney that believes XRP is in fact a security. In his latest tweet, Palley also mentions that Tether (USDT) is most likely corrupt and that Craig Wright is not the creator of Bitcoin.