Decentralized finance lending protocol Cream Finance has suffered a flash loan attack, marking its third successful hack from attackers in the past year. The DeFi platform confirmed that the exploit compromised mostly Cream LP tokens and other ERC-20 coins, with $130 million in crypto assets lost.

The flash loan attack event involved 68 different crypto assets, which cost around 9 ETH in gas. The attacker holds $92 million worth of various tokens on its contract, while $22 million is held by the contract creator’s address.

Blockchain security firm PeckShield first revealed the attack, highlighting the data from Etherscan, which shows $132 million was stolen from the C.R.E.A.M. v1 marketplace on the Ethereum blockchain. The assets were then sent to two wallets.

This attack marks Cream Finance’s biggest hack so far and is also the third-largest exploit in the history of decentralized finance.

Around $40 million of the stolen funds were in Cream Finance’s ETH 2.0 custodial staking service, which could potentially be recovered.

The Cream Finance team stated that they are investigating the exploit and would share further updates as soon as they are available.

Most of the funds that were stolen were Cream LP tokens, which users earn for providing liquidity to the lending protocol.

Yearn Finance released an update that their team was assisting Cream Finance with the investigation of the exploit.

Earlier this year, Cream Finance was also hit by another attack, when the protocol lost $34 million in a similar exploit. The attacker returned a portion of the funds following the attack in August.

As a result, Cream Finance token suffered a massive drop of over 34% since the attack, recording a swing low at $97.80.

CREAM could continue to drop lower as investors lose confidence in the lending platform and it falls toward the demand zone that ranges from the May 20 low at $90.80 to the April 23 low at $82.95. 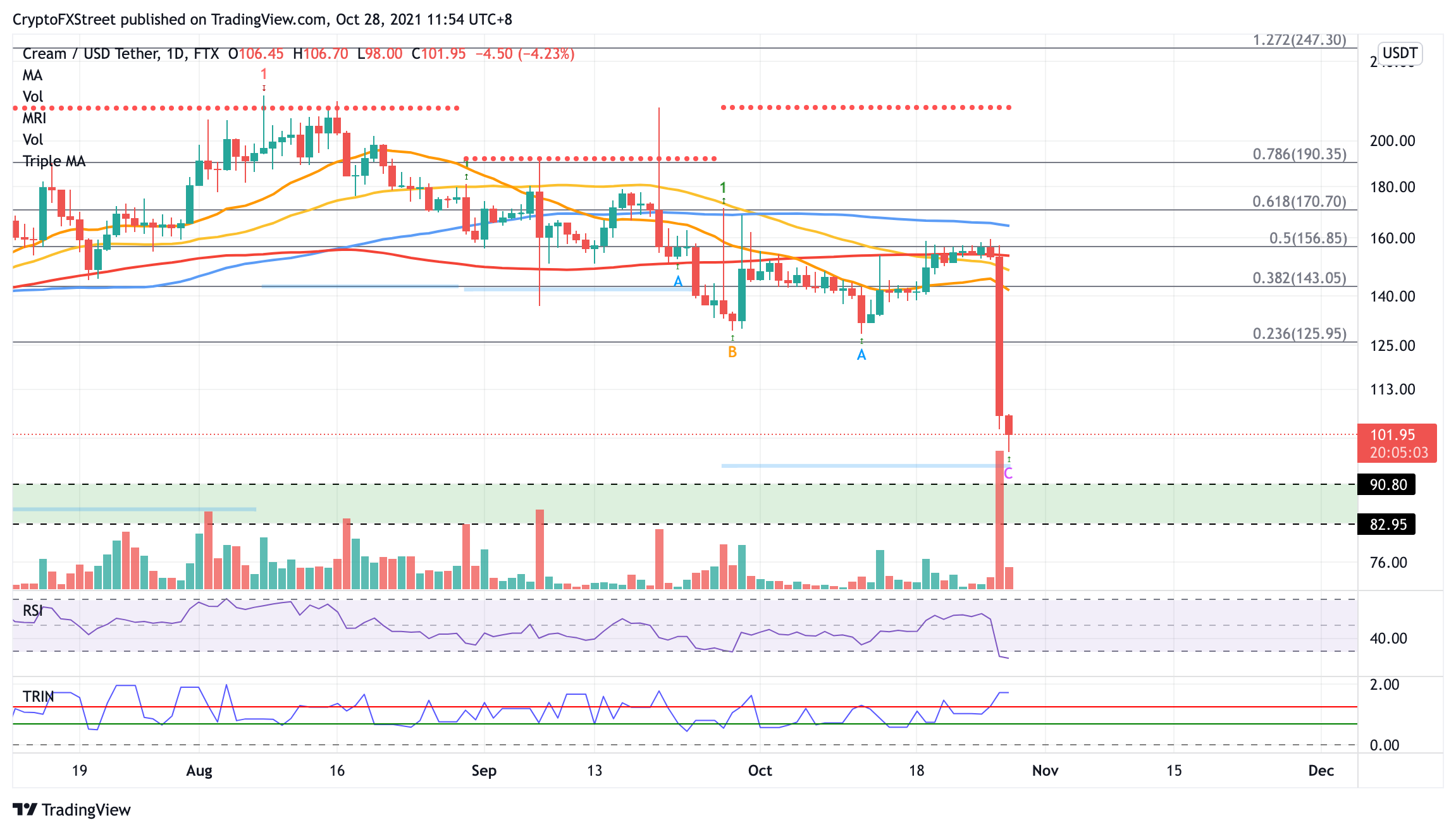 The Relative Strength Index (RSI) is indicating that Cream price is in slightly oversold territory after a massive selling spree occurred.

Recovery could be slow for CREAM, as the DeFi token showed little directional intentions prior to the immense crash.