Chainlink had a colossal bull rally at the start of 2021, climbing from a low of $11 to a new all-time high of $36.9. Citi GPS, a global perspectives and solutions platform created by CitiBank has released a report on Bitcoin named ‘BITCOIN: At the Tipping Point’.

In the report, Citi discusses the future of Bitcoin and other projects that could potentially overtake the flagship cryptocurrency. According to the report, Chainlink facilitates the growth of the on-chain ecosystem and has been adopted by many projects.

It is thus already possible to envision a commerce-linked or infrastructure-linked coin that may eventually eclipse Bitcoin. More such possibilities may emerge. Innovation in the chain-based ecosystem is continuing apace and today’s offerings may yet give way to a new invention that garners more attention and assets than Bitcoin.

Chainlink price aims for a breakout towards $40

The digital asset is contained inside an ascending broadening wedge on the daily chart and has just bounced from the lower trendline aiming for the upper boundary which is located at $41. 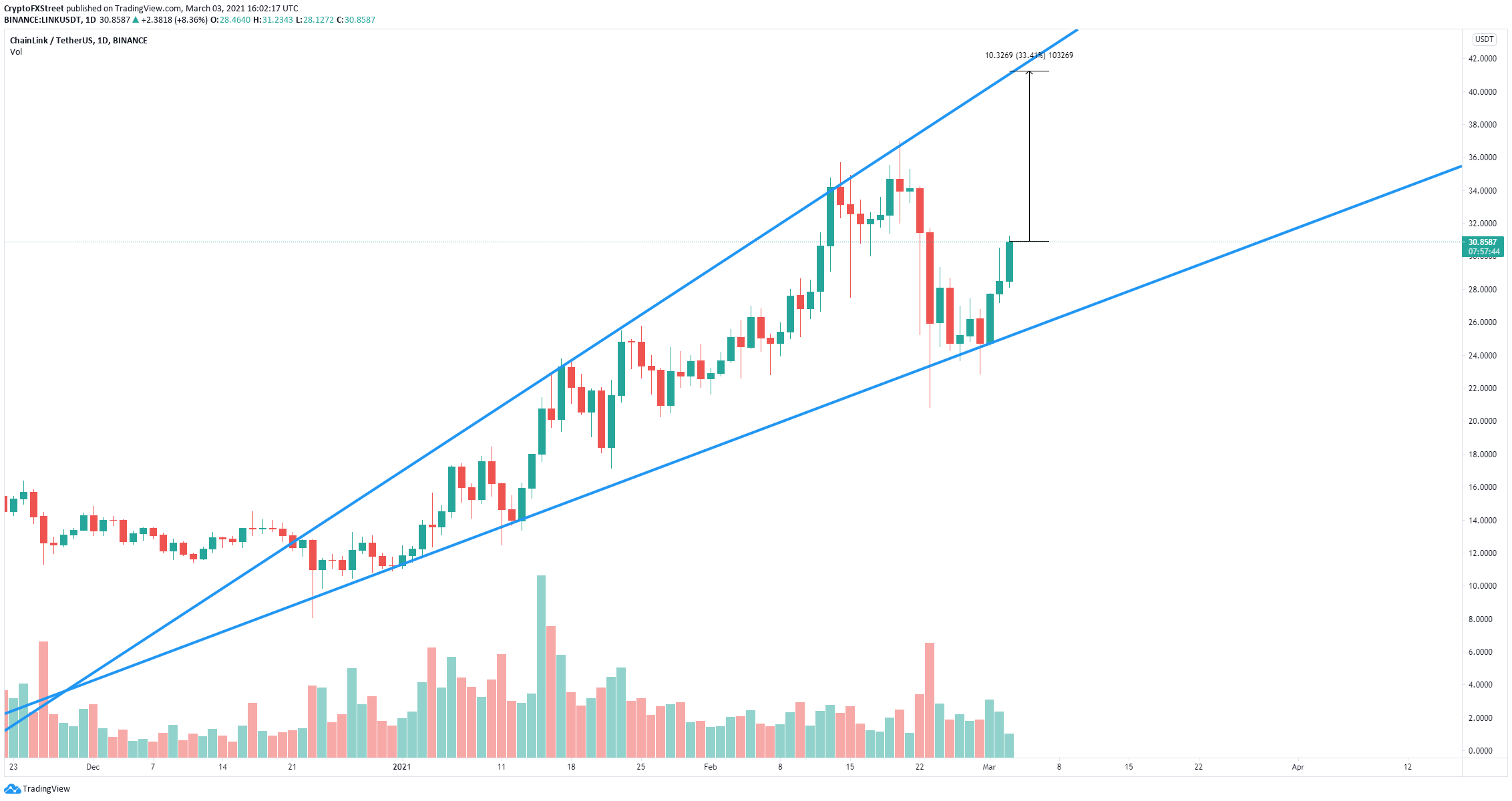 The In/Out of the Money Around Price (IOMAP) chart shows practically no resistance ahead of $30 adding a lot of credence to the bullish outlook described above. A breakdown below the critical support area between $26.5 and $28.3 would drive Chainlink price down to $25.