Cardano price has remained below the $0.90 level and continued to decline. Despite the volatility in Cardano price, large-wallet addresses are scooping up ADA off of exchanges. Whales on the Cardano blockchain have accumulated nearly 200 million ADA tokens over the past two weeks.

Analysts at Santiment report that large-wallet investors shed their ADA holdings in December 2021. These investors have resumed buying Cardano two weeks ago, representing a trend shift in ADA.

The total value locked on the Cardano network recently exceeded $300 million, representing a shift in investor sentiment towards DeFi protocols and dApps. However, despite increasing traction and demand from whales, Cardano price has failed to recover. 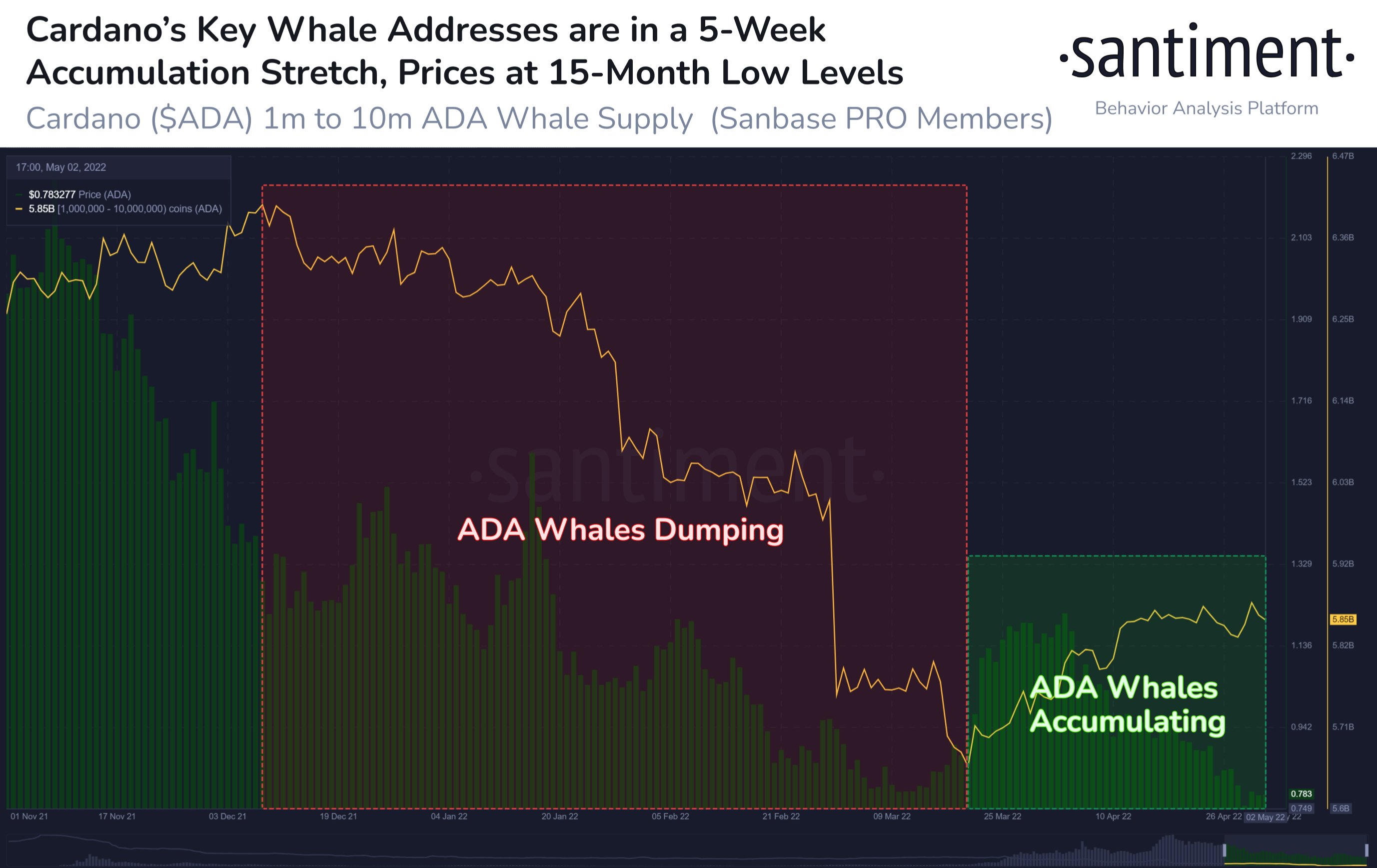 Transaction volume on the Cardano blockchain has increased 14% month-on-month, and the Ethereum-killer continues to attract new traders. Institutional investors are bullish on Cardano and have increased their exposure to ADA through Grayscale’s fund.

A high volume of transactions on the Cardano blockchain is $100,000 or higher. Whale activity on the ADA blockchain is bullish for the altcoin’s price.

Analysts at FXStreet have predicted a drop to $0.776, Cardano’s range low, but also said the price could then recover to $1.011. Analysts have spotted a bullish divergence in the Cardano price chart.

#Cardano price and the potential recovery: https://t.co/YtbLIZTU7L$ADA to move above the range low at $0.776 and make a run for the 50% retracement level at $1.011 after a quick 28% ascent after triggering RSI bullish divergencehttps://t.co/Ht53ttNzyk pic.twitter.com/XNP4NmLYgc