Just after five months of the activation of smart contracts on the Cardano network, another decentralized exchange (DEX) ADAX has been launched. Details revealed that the order-book-based DEX is a “core piece of the long-term prosperity of the Cardano ecosystem.”

The launch of ADAX on the Cardano mainnet has marked a significant milestone for the network, as it continues to delve into decentralized finance (DeFi). The firm spent six months delivering the first DEX on Cardano that will work in favor of the ecosystem in the future.

ADAX enables on-chain swap execution and concentrated liquidity orders, allowing it to be a leading competitor in the DEX ecosystem in terms of efficiency and performance.

ADAX operates on the philosophy of decentralization, and will leverage the order-book model to ensure non-custodial and censorship-resistant trading.

Currently ADAX supports the Nami Wallet, but other wallets including GeroWallet and CCVault will be supported a few days after the launch.

ADAX hopes to follow the footsteps of Uniswap and PancakeSwap to be a go-to platform on Cardano with its unique feature offering. Cardano reached a total value-locked of over $70 million following the deployment of a competing DEX on Cardano, SundaeSwap.

Cardano price has formed a symmetrical triangle pattern on the 4-hour chart, suggesting that ADA is sealed in consolidation. The token has struggled to lift prices higher as it meets a stiff level of resistance. 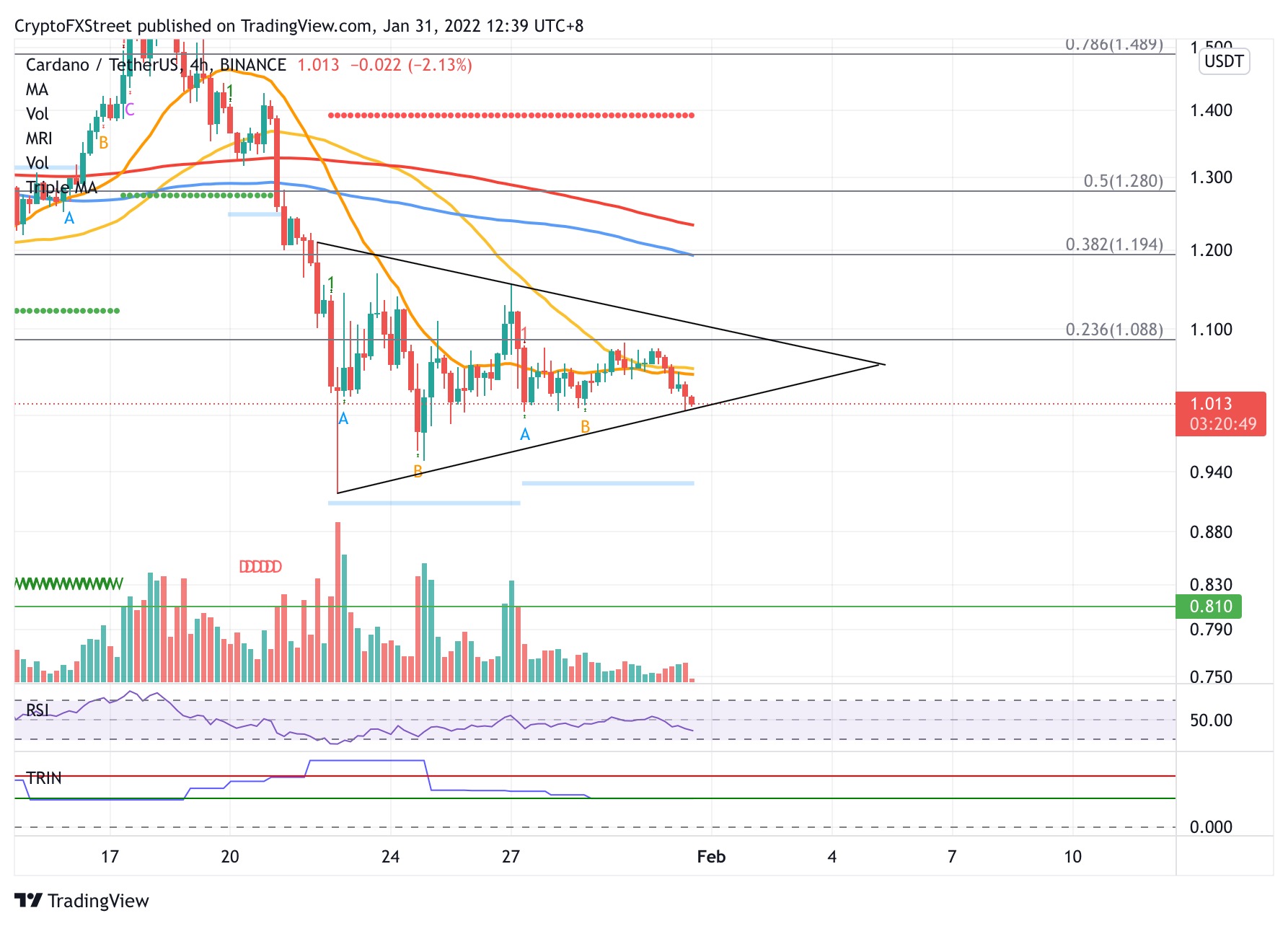 Cardano may fall toward the lower boundary of the governing technical pattern at $1.00 next if selling pressure increases. Another foothold may appear at the January 24 low at $0.94.