Cardano price climbs leaderboard with a surge in relative strength, providing patient investors with an opportunity to seize upon the bullish attention garnered by ADA’s lesser carbon-intensive ecosystem. Any consolidation at this point should prove to be temporary.

Cardano price at a three-year high against Bitcoin

On a Bitcoin basis, ADA has emerged convincingly from a Cup Completion Cheat pattern this month after correcting in March and April. Last week, the pair registered the largest two-week gain since January 2018 and rallied above the 50% retracement of the massive 2018-2019 decline at $0.00004592.

At last weeks’ high, ADA registered a similar weekly Relative Strength Index (RSI) reading that preceded the tops in July 2020 and February of this year. It does recommend some caution, but any correction in the pair should be delivered through an improvement in Bitcoin price versus a sudden decline in Cardano price. 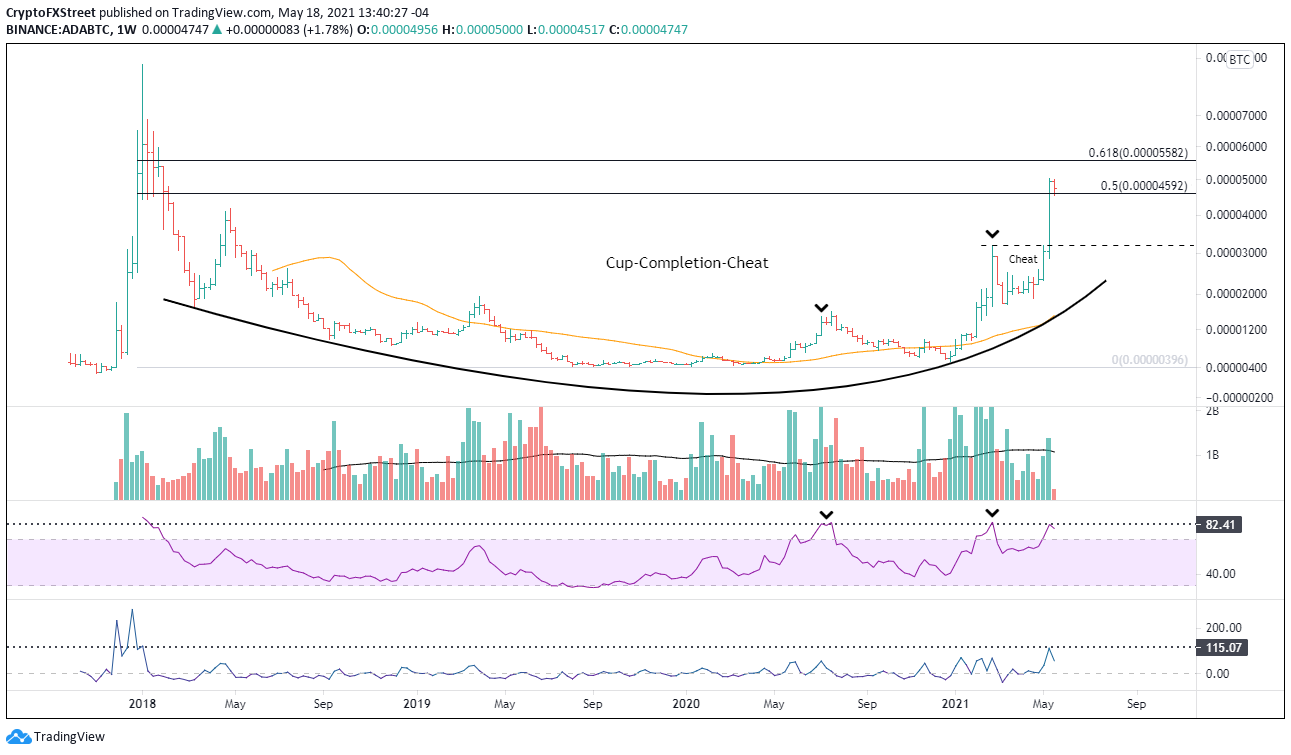 On May 5, guided by a 16% gain, Cardano price emerged from a cup-with-handle base, establishing a trend change for ADA following months of consolidation. The initial post-breakout price action was reluctant, but the profile of the daily volume remained unwavering, showing no signs of distribution. The awkward price action was soon reconciled with a powerful, bullish engulfing day on May 13, covering the previous six trading days and closing with a 23% gain.

In an FXStreet article published on May 13, it was concluded that Cardano price would extend the breakout from the cup-with-handle base to the measured move target of $2.40, representing a 65% gain from the handle breakout at $1.46. On May 15, Cardano price reached a high of $2.46 while overcoming the resistance of the 161.8% Fibonacci extension of the April correction at $2.23.

Cardano price stumbled yesterday, but price momentum still favors higher prices moving forward. The path could be a slow, staggered advance or, if the cryptocurrency complex sentiment improves, a blow-off type of move, similar to MATIC over the last few days. The blow-off move should carry ADA to $3.00, representing a 50% gain from price at the time of writing, or even to the 261.8% extension of the April correction at $3.93. 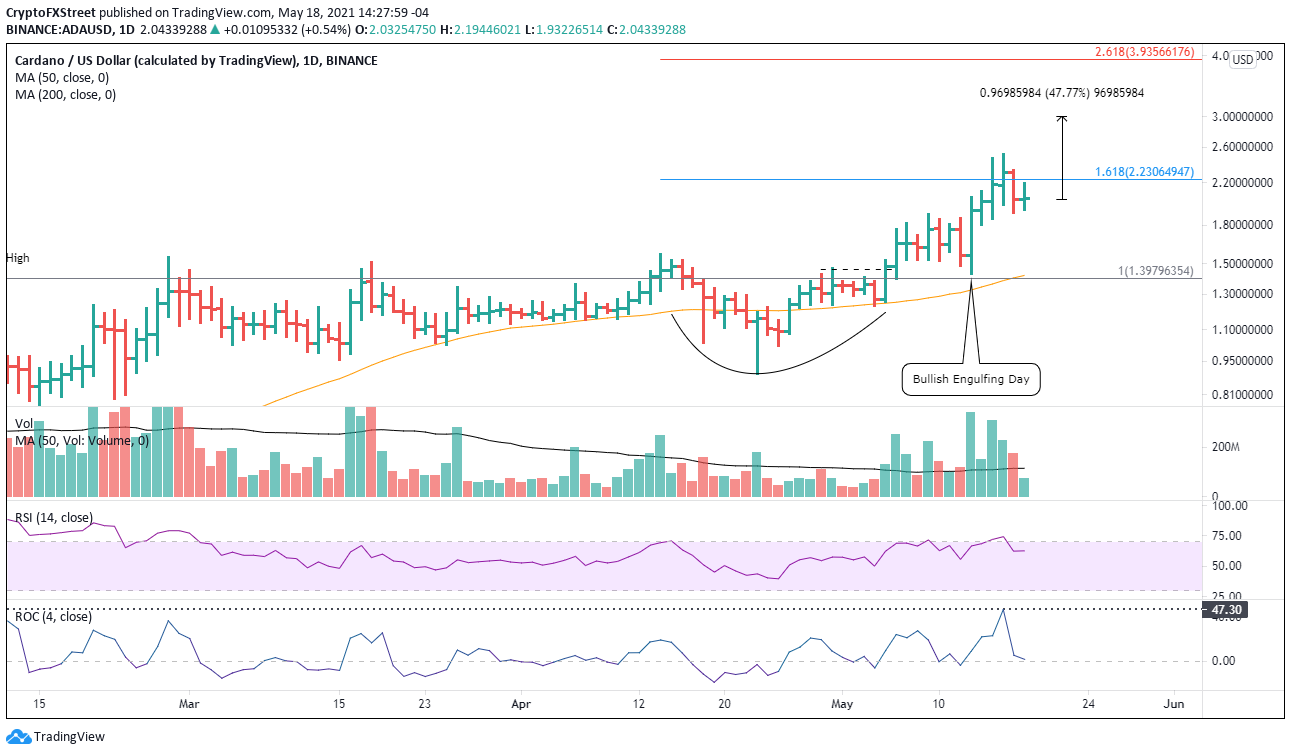 Things can change instantly and often quickly in the cryptocurrency market, so investors need to be prepared for a bearish scenario. If ADA has entered a consolidation, it should hold the May 9 high at $1.89 on a daily closing basis. The next viable support arrives at the confluence of the May 13 low at $1.32, with the 50-day simple moving average (SMA) around $1.42.