Fear is gripping the crypto market after comments from Tesla billionaire Elon Musk sparked a 20% sell-off for Bitcoin.

Prices fell to a low of $42K on Monday as the billionaire voiced concerns about the environmental impact of Bitcoin mining, before hinting at a sale of Tesla's treasury allocation. Then, as irate bitcoiners publicly canceled their cybertruck orders in protest, he clarified that “Tesla has not sold any Bitcoin”— triggering a bounce back towards $45K. 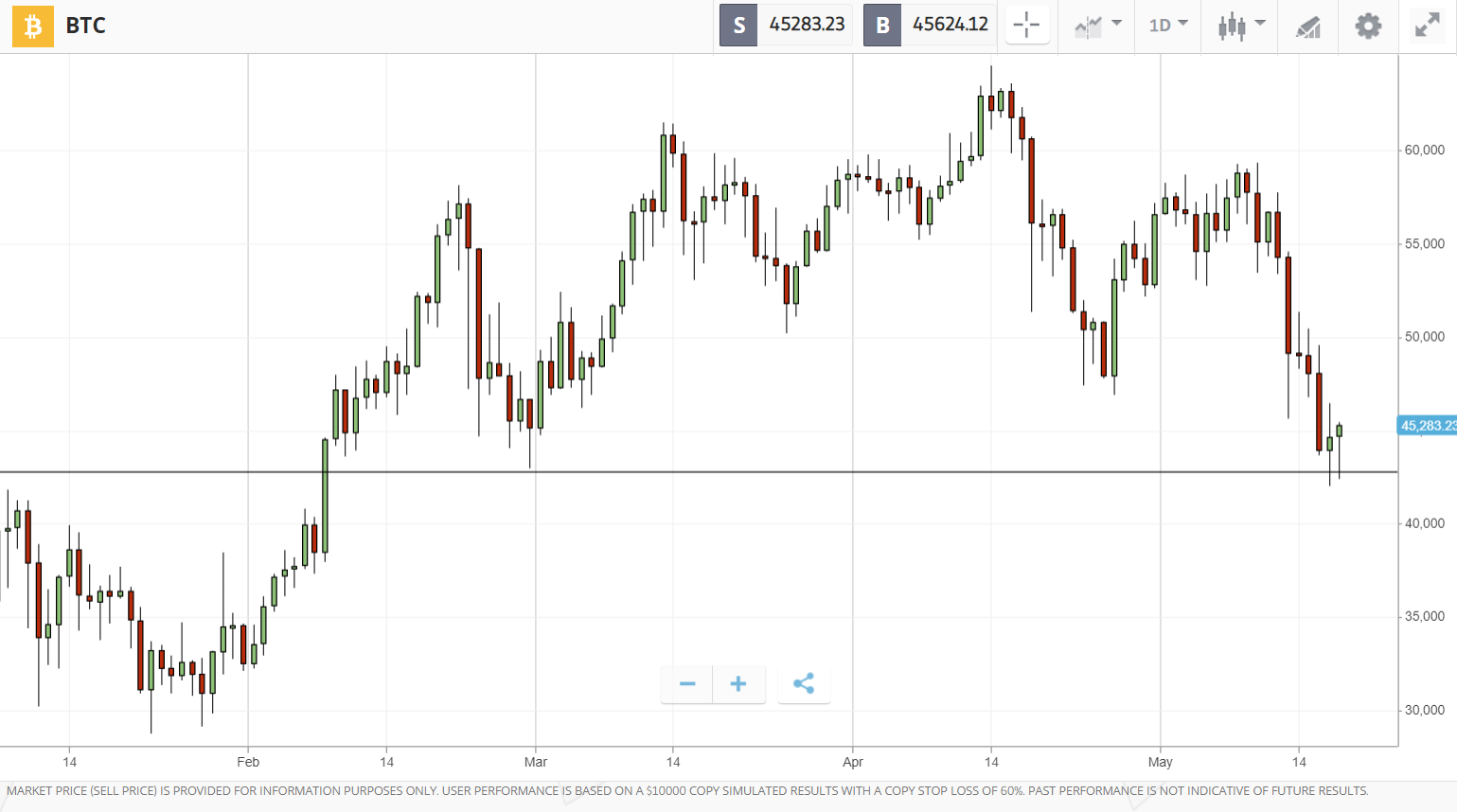 Cardano was among the few coins that managed to escape the downtown. The Proof-of-Stake cryptoasset hit new highs above $2 as Musk's mischief spooked a market that was already reeling from U.S. inflation figures and a U.S. investigation into crypto exchange Binance.

The self-proclaimed technoking triggered the market sell-off with an announcement that Tesla will suspend the acceptance of Bitcoin for purchases on environmental grounds. Though the car company plans to keep the cryptoasset on its corporate balance sheet.

“We are concerned about the rapidly increasing use of fossil fuels for Bitcoin mining and transactions” said Musk, sending Bitcoin below $45K for the first time since February.

Yet while prices were quick to react, the debate over Bitcoin's environmental impact appears to have just begun. Norwegian oil billionaire Kjell Inge Rokke told Bloomberg that Musk’s latest comments "haven't changed anything” for his company Aker, which added Bitcoin as a treasury asset in March and is now considering accepting the cryptoasset as a means of payment.

The smart contract platform, which boasts green credentials with an energy efficient Proof-of-Stake consensus mechanism, reached all-time highs above $2 early on Sunday. Other blockchains promising a greener crypto economy however, were not so lucky: Tezos and  Ethereum both dropped around 20% over the week.

Growing interest in Cardano could be due to billionaire entrepreneur Mark Cuban, who challenged founder Charles Hoskinson to demonstrate the cryptoasset's value in a heated Twitter discussion on Sunday.

Following Bitcoin's retreat from the all-time high around $65K, the Crypto Sentiment Index is flashing Extreme Fear after months of Greed.

Looking ahead, traders will be now waiting to see if the pullback has recharged Bitcoin's batteries for a robust rally back towards all-time highs, or if the dip has seriously damaged market momentum.