Cardano, like the rest of the market, had a major sell-off and lost 30% of its value in the past week. According to on-chain metrics, long-time holders are exiting and taking profits.

Cardano price on the verge of another significant fall

On the 4-hour chart, Cardano failed to stay above the 100 SMA and could quickly fall to the previous low of $1.07. One of the most significant bearish indicators for Cardano has been long-term holders exiting the network. 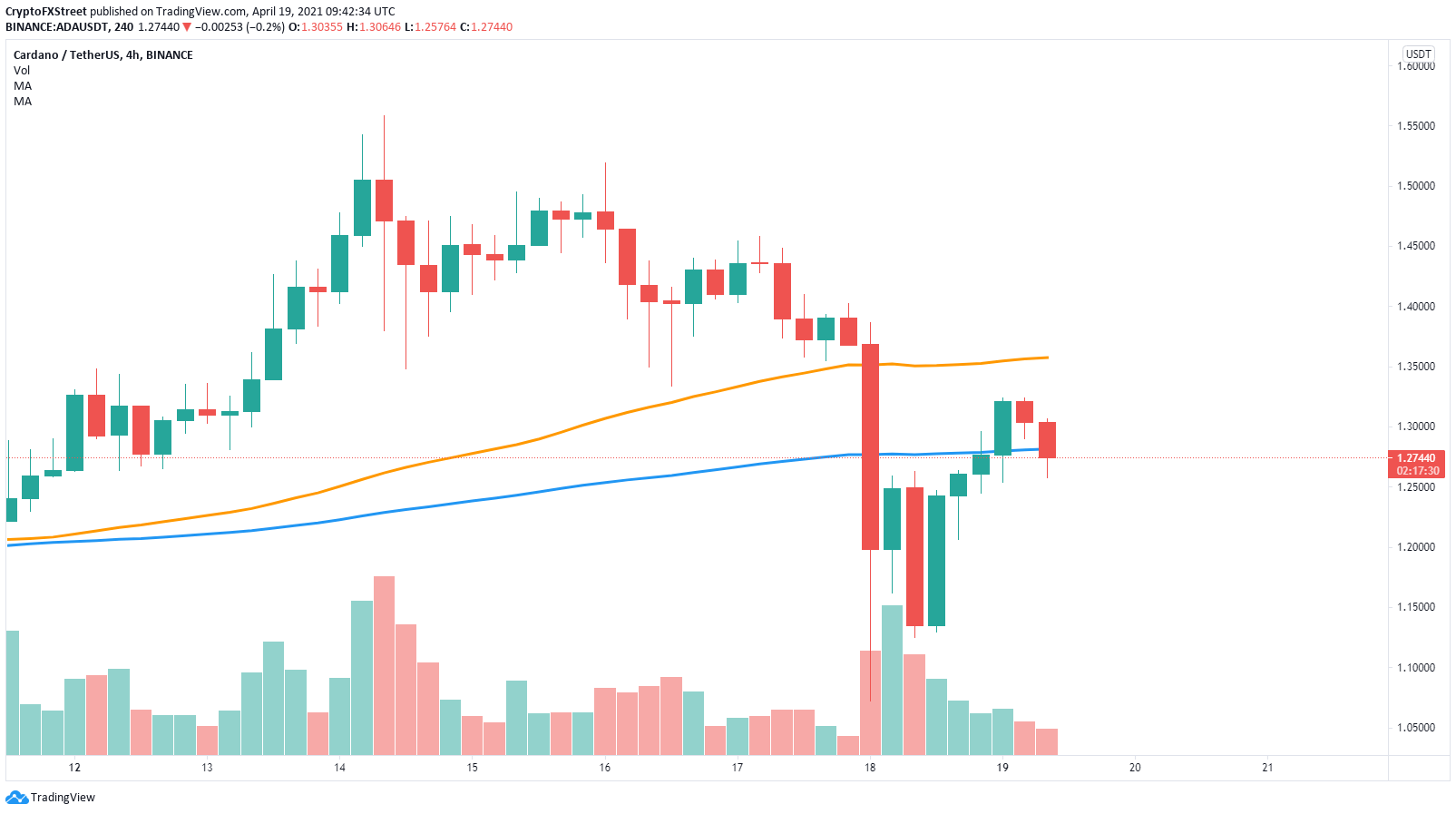 The number of investors holding ADA for one year or longer greatly diminished in the past year from 53.8% in April 2020 to a low of 12% currently. This metric indicates that long-term holders are taking profits and perhaps do not believe that Cardano price can continue climbing.

In the same time period, the number of traders  holding ADA for no longer than one month exploded, especially since the beginning of 2021, which shows that Cardano is far more speculative now.

Fortunately, ADA bulls count with a lot of support on the way down. According to the In/Out of the Money Around Price (IOMAP) chart, the area between $1.24 and $1.27 where 98,000 addresses purchased 2.24 billion ADA represents a robust support point.

Additionally, the entire area between $1.27 and $1.12 is a significant support range. On the other hand, the most significant resistance area is located between $1.42 and $1.45. If Cardano can reconquer the 100 SMA, the digital asset could quickly jump toward the 50 SMA at $1.35

Above this point, the next bullish price target would be $1.45, which is the strongest resistance point according to the IOMAP chart.