Bulls have begun the new week by growing, according to the CoinMarketCap ranking. 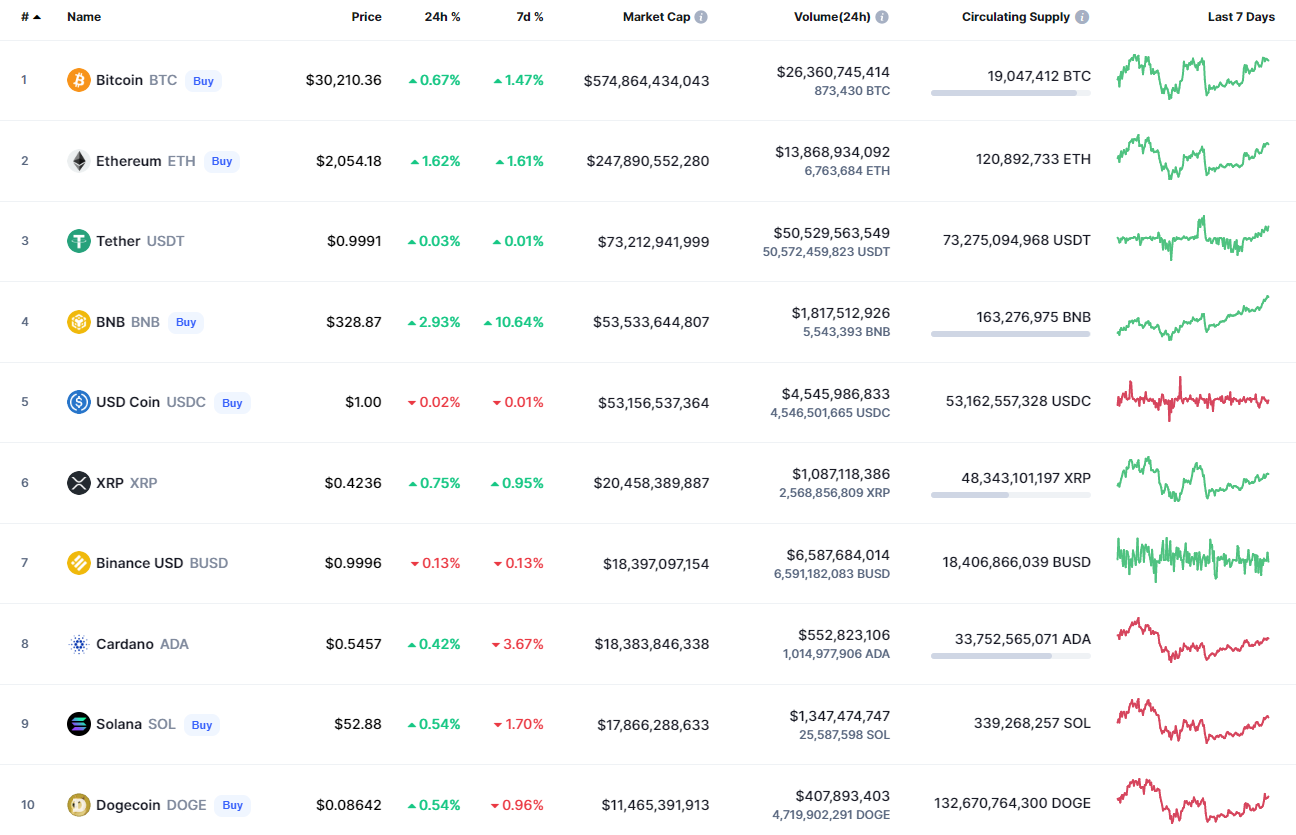 Bitcoin (BTC) is one of the coins that has grown the least, going up by less than 1%.

On the hourly chart, Bitcoin (BTC) has bounced off the recently formed level at $30,012. Bulls could hold this level; however, if the pressure continues, there is a chance to see a sharp drop below $30,000 until the end of the day.

On the daily time frame, Bitcoin (BTC) remains trading in the middle of a wide range, which means that the coin is still accumulating efforts for a further sharp move. If the price approaches $31,000, one can expect the possible test of the resistance at $32,950 within the next few days.

From the mid-term point of view, the continued fall of Bitcoin (BTC) may have stopped as the rate is above the important $30,000 mark. If bears cannot seize the initiative and the selling volume remains low, the current weekly candle might become bullish for the leading cryptocurrency.