Although the positive adjustment in the neutral structure looks promising, the technical indicators keep feeding some pessimism. The RSI has returned to its 50 neutral mark after barely climbing above it, while the MACD is still within the negative zone despite improving above its red signal line. Meanwhile, the Stochastics are printing a bearish cross in the overbought zone, adding some caution as well.

Should the bulls regain control, immediate resistance could come near the tentative descending trendline ahead of the 50-day SMA at $34,635, which corresponds with the lows from the first quarter. The next target might be the area between 37,760 and $39,800, while higher, a close above the 200-day SMA at $42,463 could produce sharper increases.

On the downside, the 20-day SMA and the $30,000 level could be critical. If the crypto slides below that threshold, cracking the floor at $28,000 too, all eyes will turn to the more than a year-low of $25,390. Failure to bounce on the latter could generate another bearish extension to $24,000.

Summing up, the popular crypto has somewhat upgraded its short-term outlook, though the technical picture suggests that it’s not out of the woods yet. Nearby resistance could occur around $34,636, while a flip back below $30,000 is expected to bring sellers back into play. 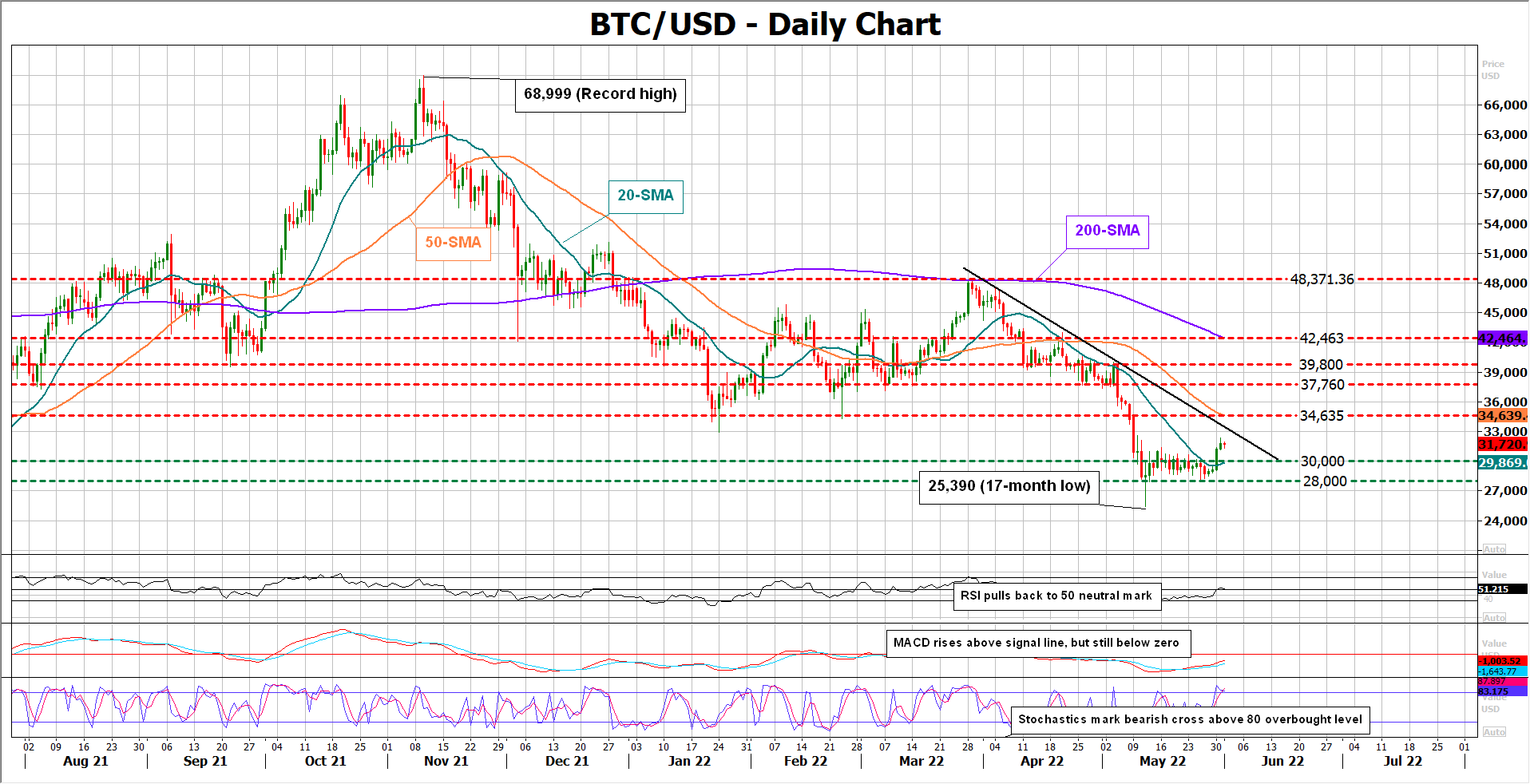