Bitcoin price suffered a steep correction over the past two weeks after getting failing to overcome the $48,200 resistance zone. The rejection resulted in an 18.67% correction that pushed BTC price to $39,200.

Despite the significant losses, it appears that sidelined investors have bought the dip as the pioneer cryptocurrency has jumped back above $40,000.

Traders appear to be #buyingthedip after #Bitcoin fell below $40k today for the first time since March 16th. The keyword #buy is THE trending term in #crypto after market-wide prices have dipped drastically after March's rebound. Be mindful of #FOMO. https://t.co/8f9vbd7Cmo pic.twitter.com/8gWtUQmLYk

From a technical perspective, Bitcoin price appears to be testing the 200-day moving average as support on the 3-day chart, which has managed to contain it from dropping further since late January. Such a vital demand zone must continue to hold to avoid a steeper correction towards $30,000 or lower. 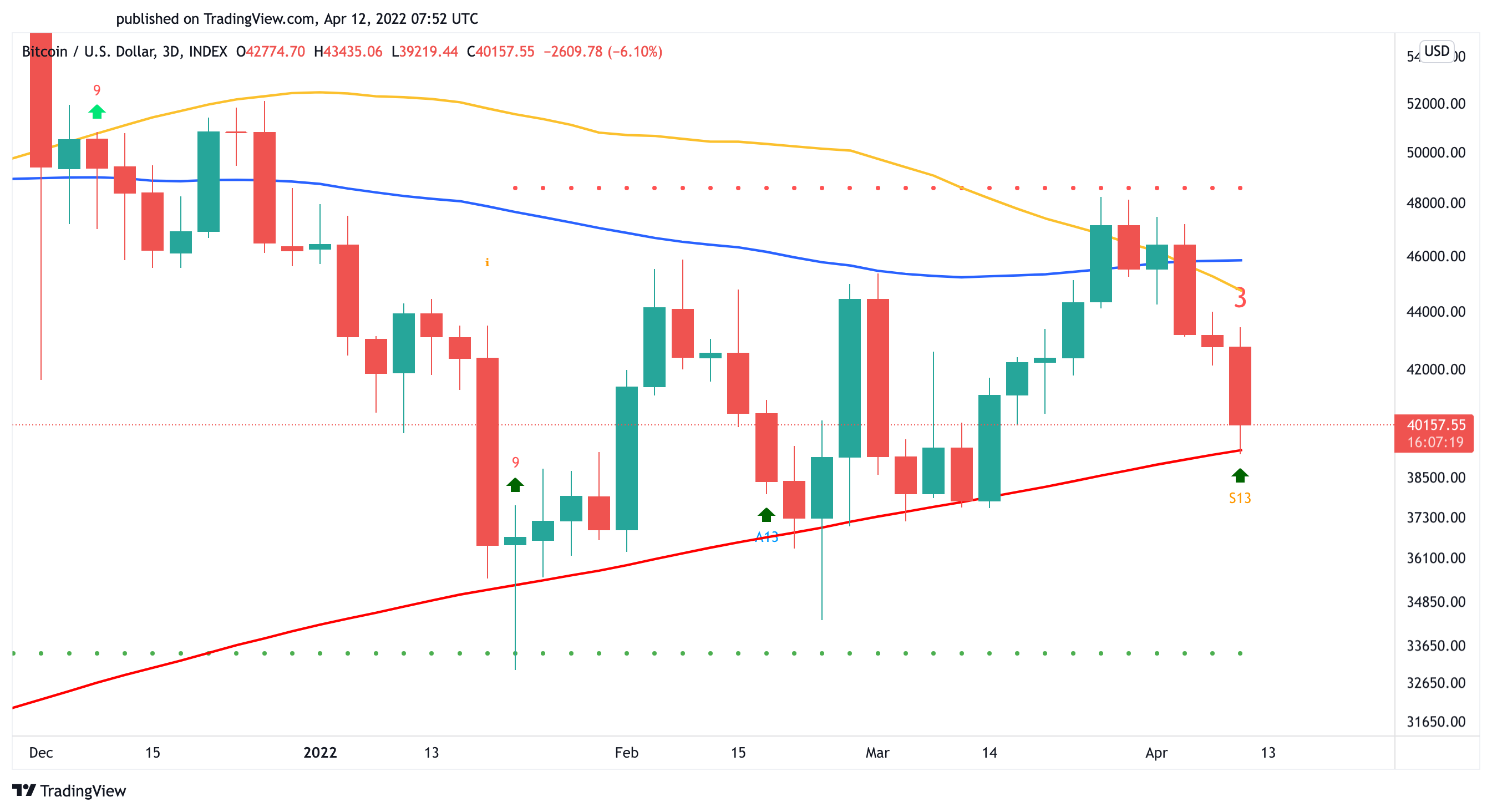 Still, the Bitcoin price would have to slice through $46,000 to have a chance of resuming its historic uptrend.