Bitcoin price reveals that its quick recovery rally is coming to an end as it faces a critical hurdle. This development has pushed BTC to slide lower and could result in a consolidative structure over the next few days.

Bitcoin price to get boring soon

Bitcoin price shows a clear lack of buying pressure after a 14% upswing in the last 48 hours. This sell-side domination is happening due BTC’s encounter with the $17,593 resistance hurdle, which has played a significant role since June 2022.

Going forward, investors can expect a rangebound movement between $17,593 and $15,462 barriers.

However, a mild bullish scenario could evolve after a successful flip of the $17,593 hurdle into a support floor. This development will allow BTC bulls to extend higher and retest the $18,500 hurdle, which roughly coincides with the 2022 volume point of control, as discussed in this article.

Only after overcoming the $20,000 hurdle will BTC holders be able to speculate about retesting the next crucial huddle at $20,742 and the inefficiency at $22,181. 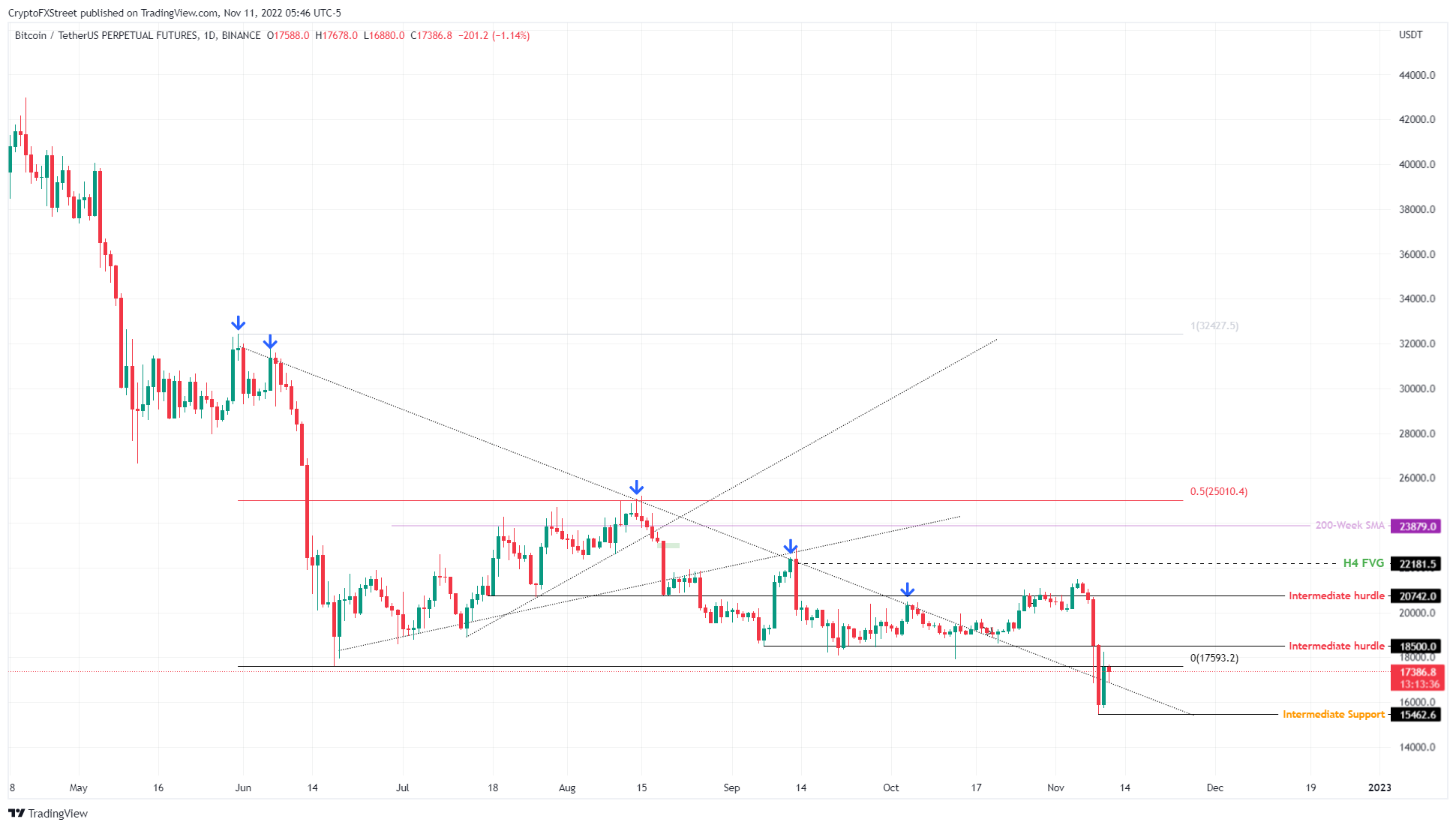 Overall the evolution of the FTX story will decide Bitcoin’s next move. If the Sam Bankman-Fried-led BTC exchange takes an L, then the markets will ignore the hurdles to the upside and tumble.

In such a case, the next support level for investors to keep a close eye on will be $15,551. But a breakdown of this barrier will result in a brutal sell-off to the $13,500 level. There is a high probability that Bitcoin price will form a local bottom between the $13,500 and $11,989 levels, 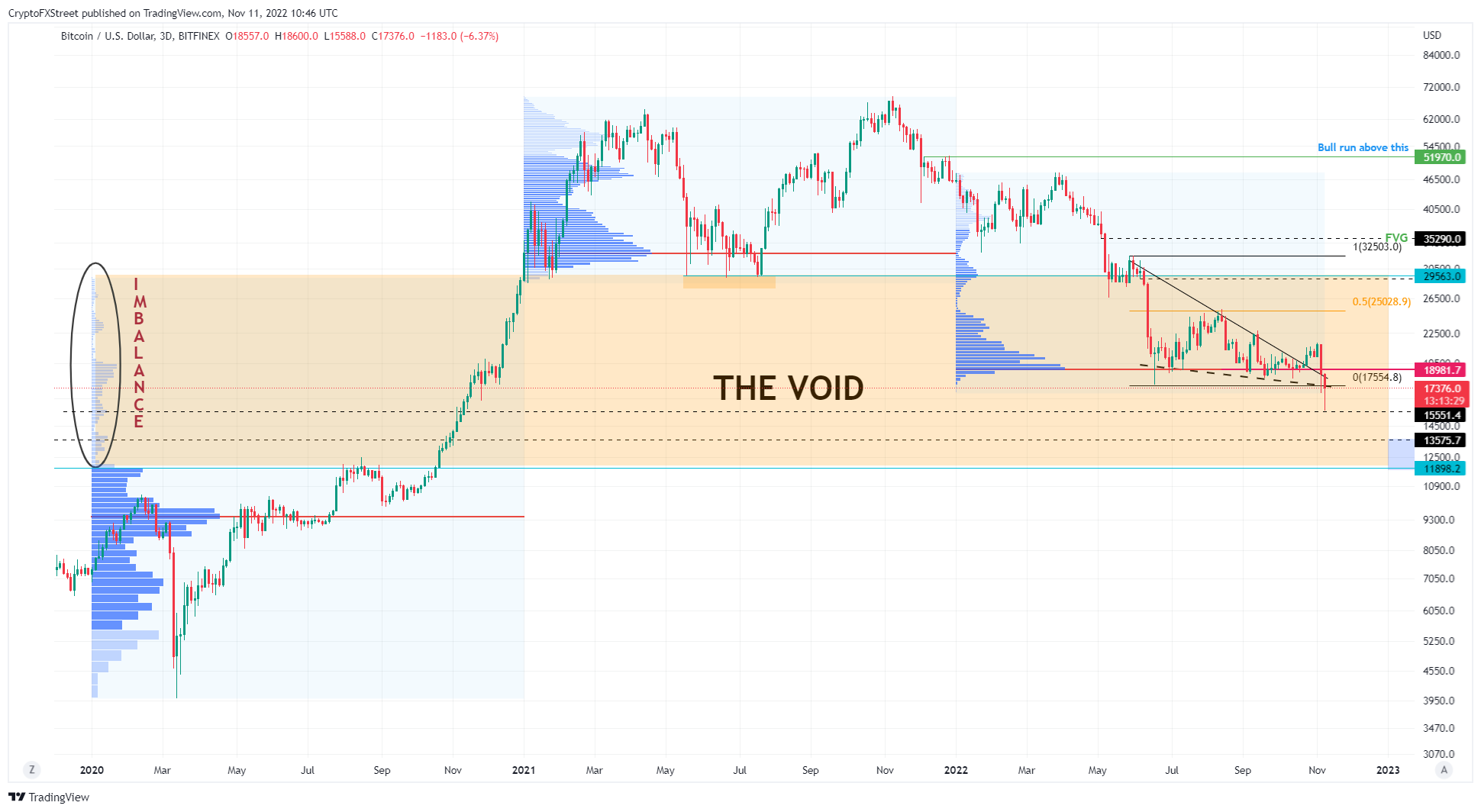 Regardless of the current market outlook, investors need to pay close attention to the ongoing battle between FTX and Binance and the involvement of TRON’s Justin Sun to bail out the users via a conversion of the assets using TRX. The resolution of this scuffle will be critical in providing a directional bias for the traders.