The Chicago Mercantile Exchange (CME) formally announced today that it would expand its crypto derivatives suite by introducing a new Micro Bitcoin futures contract, beginning on May 3 if approved by regulators. The contracts will be sized at one-tenth of one bitcoin, cash-settled based on the CME CF Bitcoin Reference Rate, and offer the same attributes and features of the standard bitcoin futures.

A smaller-sized contract will enable a range of speculators to introduce more cost-effect strategies and the flexibility to hedge spot bitcoin price risk, the CME said on Tuesday.

“The smaller-sized contract will provide market participants with one more tool to hedge their spot bitcoin price risk or execute bitcoin trading strategies in an efficient, cost-effective way…”

BTC closed last week down 2.76%, identical to the previous week’s loss of 2.77%. It was a week of media hype, with many experts considering it the end of the bull market. Yet, the flagship cryptocurrency shrugged off the negative headlines, easily bottomed above the 10-week simple moving average, and has continued the rebound with a 5.34% gain this week.

It is important to recall that Bitcoin price almost hit the 3.618 Fibonacci extension of the 2017-2018 bear market at $63,548 in early March, while the weekly Relative Strength Index (RSI) showed a negative momentum divergence over the last two all-time highs. It was time for some weakness. 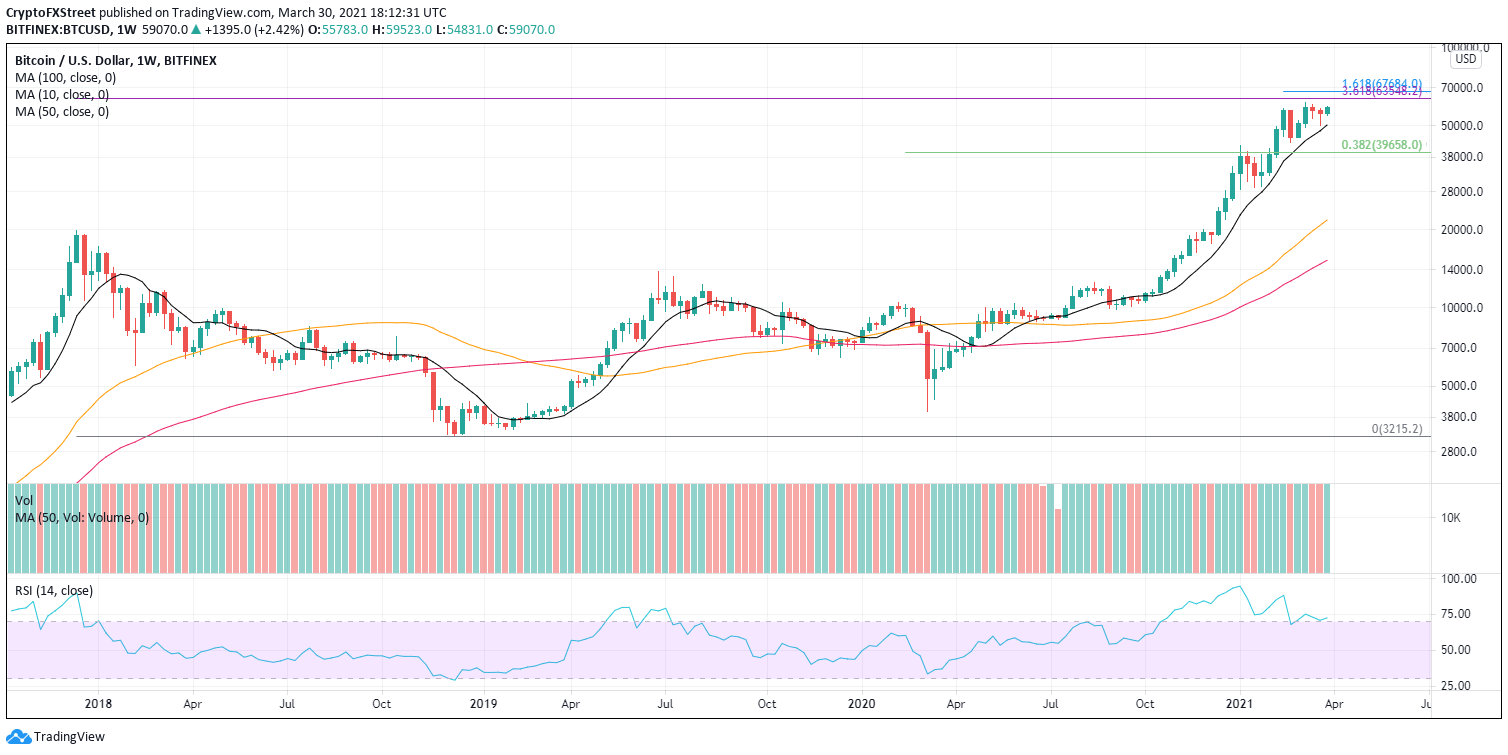 Bears could argue that BTC is working on a complex topping process. A weekly close below the 10-week SMA will put the uptrend under pressure and point to further losses. Critical support is found at the 0.382 retracement level of the entire rally from the 2020 low at $39,659. This coincides with a cluster of resistance that appeared in January.