Battered bitcoin may take cues from growth stocks and chalk up a new bull run in the second half of the year.

"After the market adjusts to the pace of the Fed's rate hike, growth stocks and bitcoin will resume their upward trend, that is we will see a strong performance of both in the second half of 2022," researcher at crypto financial services provider Babel Finance, Robbie Liu told CoinDesk in an email.

"Historically, per Goldman Sachs, growth stocks have been the worst-performing sector in the three months before and after the first rate hike," Liu added while noting the cryptocurrency's tight correlation with the growth-sensitive legacy risk assets. Bitcoin's correlation with the U.S. stocks recently hit a record high of over 0.75, according to data analytics firm IntoTheBlock.

Liu's data-backed view contradicts the budding narrative in the crypto community that bitcoin may begin rallying right after the expected March rate hike by the U.S. Federal Reserve's (Fed).

The market expectation likely stems from two things: The cryptocurrency has tanked 40% in three months, predominantly due to Fed rate hike fears. Secondly, as Friday's First Mover Americas noted, the U.S. dollar tends to top out with the first rate hike. A weak dollar is generally considered bullish for bitcoin.

However, growth stocks suggest otherwise. "Given the current strong correlation between bitcoin and growth stocks, especially the synchronized downward trend of the two assets since December, we believe it may be difficult for bitcoin to move upward direction in the three months following the first rate hike," Liu noted. 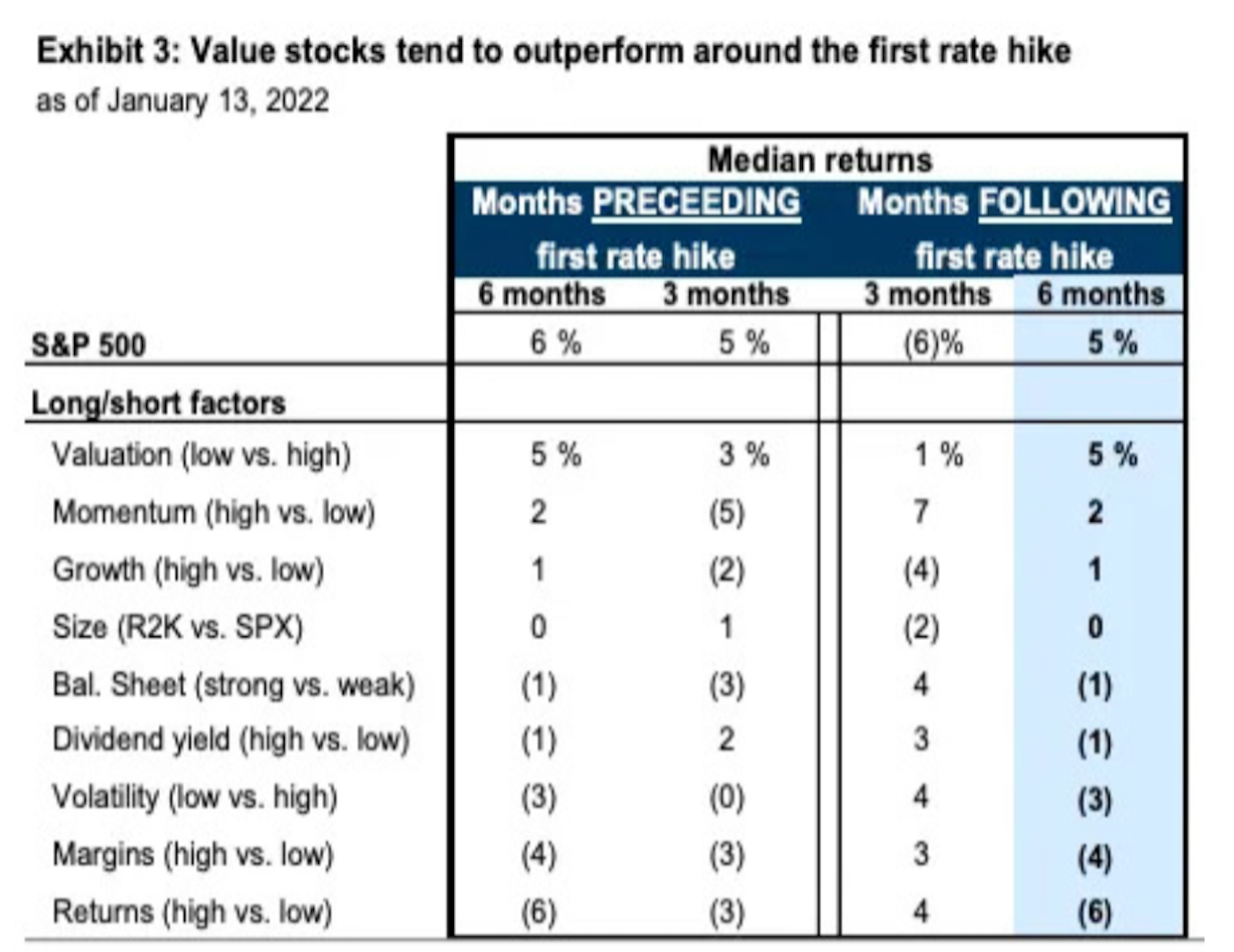 The table shows value stocks tend to outperform growth stocks three months before and after the Fed kicks off rate hike cycle. Value stocks are companies that are currently trading below their intrinsic value and are typically established companies. Growth stocks newer industries with high growth projections and trade at relatively expensive prices.

While Bitcoin may be viewed as digital gold by some in the crypto community, it is also an emerging technology sensitive to centralized liquidity flow.

Per Reuters, several Wall Street banks expect the U.S. Federal Reserve (Fed) to kick off the tightening cycle with at least a 25 basis point rate rise in March followed by six quarter percentage point hikes by the year-end.

Bitcoin was last seen trading near $39,100, representing a nearly 2% gain on the day. The cryptocurrency seems to have picked up a bid with the European and U.S. stock futures on reports of a potential summit on Ukraine between U.S. President Joe Biden and his Russian counterpart Vladimir Putin.