Bitcoin surged incredibly in the last two days breaking above $9,000 for the second time this year. The initial break failed to make any significant headway forming a high at $9,090. This opened the Pandora box as the price plunged under $8,000 to a low close to $7,500.

Looking at the 1-h chart for BTC/USD trading pair, Bitcoin sideways action lasted for more than seven days following the drop. The $600 narrow range between $7,500 and $8,100 led to indecision where Bitcoin remained in a motionless state until June 12 when it began trending upwards again.

The break above the moving average resistance (both the 50 Simple Moving Average (SMA) and the 100 SMA 1-h) encouraged confidence in the uptrend as Bitcoin jumped above $8,000 level. The prediction by a Fundstrat analyst that Bitcoin rise above $8,400 will propel it back in the $9,000 held water as the price zoomed into these levels over the weekend.

The building bullish momentum is supported by the Relative Strength Index (RSI) slopping upwards at 54. The indicator has been forming a lower low pattern suggesting rising bearish pressure. However, the changing direction upwards suggests that the bulls have no intentions of losing control. Initial support is offered by the 50 SMA ($9,198.8). Next target support is $9,000 while $8,800 will once again come to rescue of the bulls in case of a reversal. 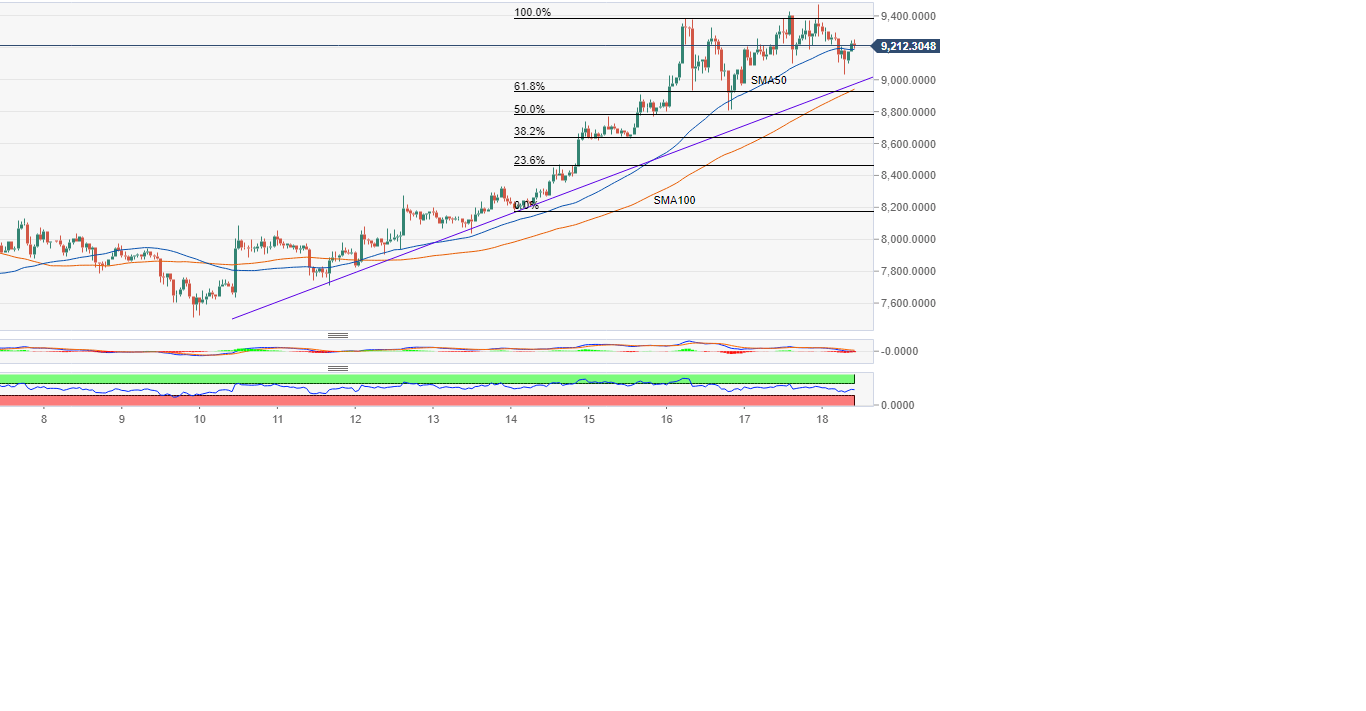