Bitcoin (BTC) fell to a daily low of $7,380 during the early trading hours of the Asian session on Sunday but didn't have a difficult time retracing its losses. As of writing, the BTC/USD pair was virtually unchanged on the day at $7,500. The lack of any significant developments that would attract the cryptocurrency market's attention causes major cryptocurrencies to remain stuck in their recent ranges. Even after the Istanbul network update, Ethereum continues to move sideways around $150.

The Relative Strength Index (RSI) on the daily chart stays directionless near the 50 mark, revealing the pair's indecisiveness in the short-term. Additionally, a symmetrical triangle seems to be forming on the same chart, further supporting the view that the pair will remain neutral. Meanwhile, the pair seems to be holding above the 20-day moving average (MA) for the second straight day but that by itself is not enough to suggest that buyers are looking to take control of the action. 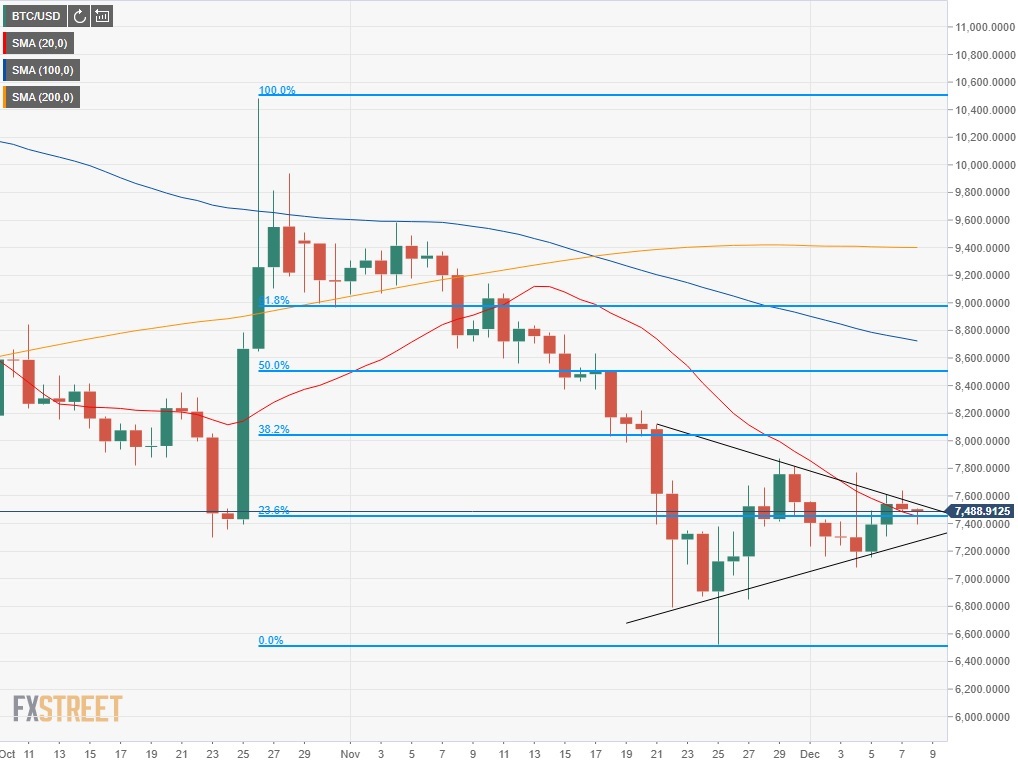 BTC/USD pair is exchanging hands at $9,765 after a bearish Asian session on Monday. There was a struggle over the weekend to break that barrier at $10,000.

The cryptocurrency market is in shambles on Monday towards the end of the Asian session. Unlike the weekend session which was characterized by the struggle to break key barriers across ...

Ethereum had impressed many analysts and crypto enthusiasts with its weekly close above $275. Many had started seeing the grand gesture as the beginning of the journey to $300. However, sellers had a hidden ...

Litecoin price digs deeper into the Bollinger Band lower curve amid high volatility and a stronger bearish grip. If the short term trendline support gives in, there is a chance the price would slide back to the support at $65.