On-chain data shows that Bitcoin’s mining difficulty has crossed an all-time high with its latest jump, the second in two weeks.

This is the second significant recent increase. On Aug. 31, the difficulty jumped by 9.26%.

Given Bitcoin’s compressed value, with recent declines on high CPI numbers, and a possible bottoming out as low as $10,000, profitability is narrowing for miners.

Despite concerns about profitability, the average hash rate remains above 200 exahash per second at 229.39 EH/s, close to the all-time high of 231 EH/s. 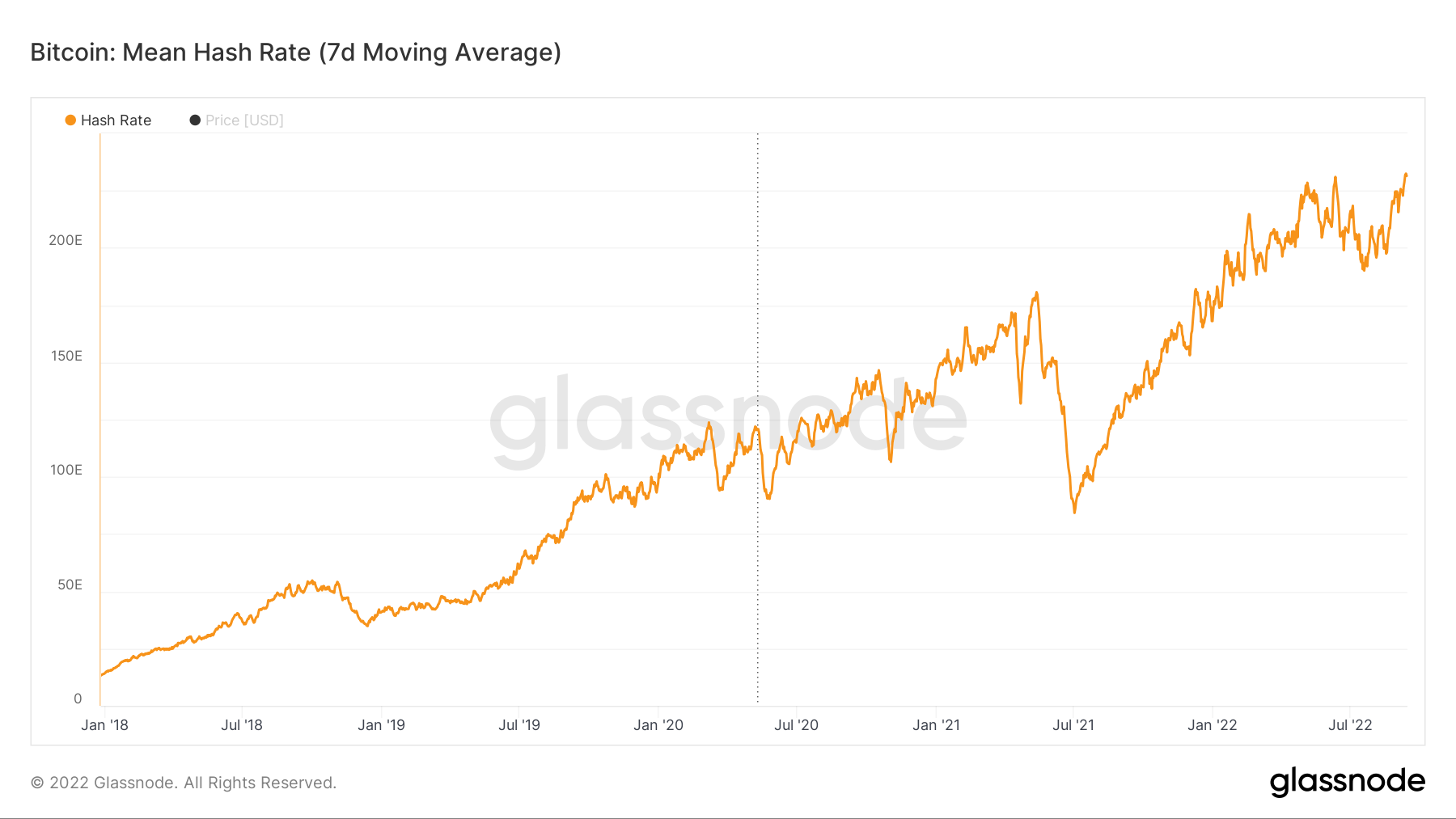 On-chain data shows that DCG-owned Foundry USA is currently contributing 28% of the total global hash rate followed by AntPool at 16.15%.

CoinDesk is an independent subsidiary of Digital Currency Group, the crypto-focused conglomerate that also owns Grayscale and TradeBlock.