The Bitcoin Cash price had a significant rally in the past four days, gaining about 33% in value. BCH experienced a correction down to $620, and several indicators show that it could slip even further.

On the 9-hour chart, BCH bulls are trying to defend the $640 support level, which is the 78.6% Fibonacci retracement level. The TD Sequential indicator has just presented a sell signal in the form of a red arrow pointing downward. 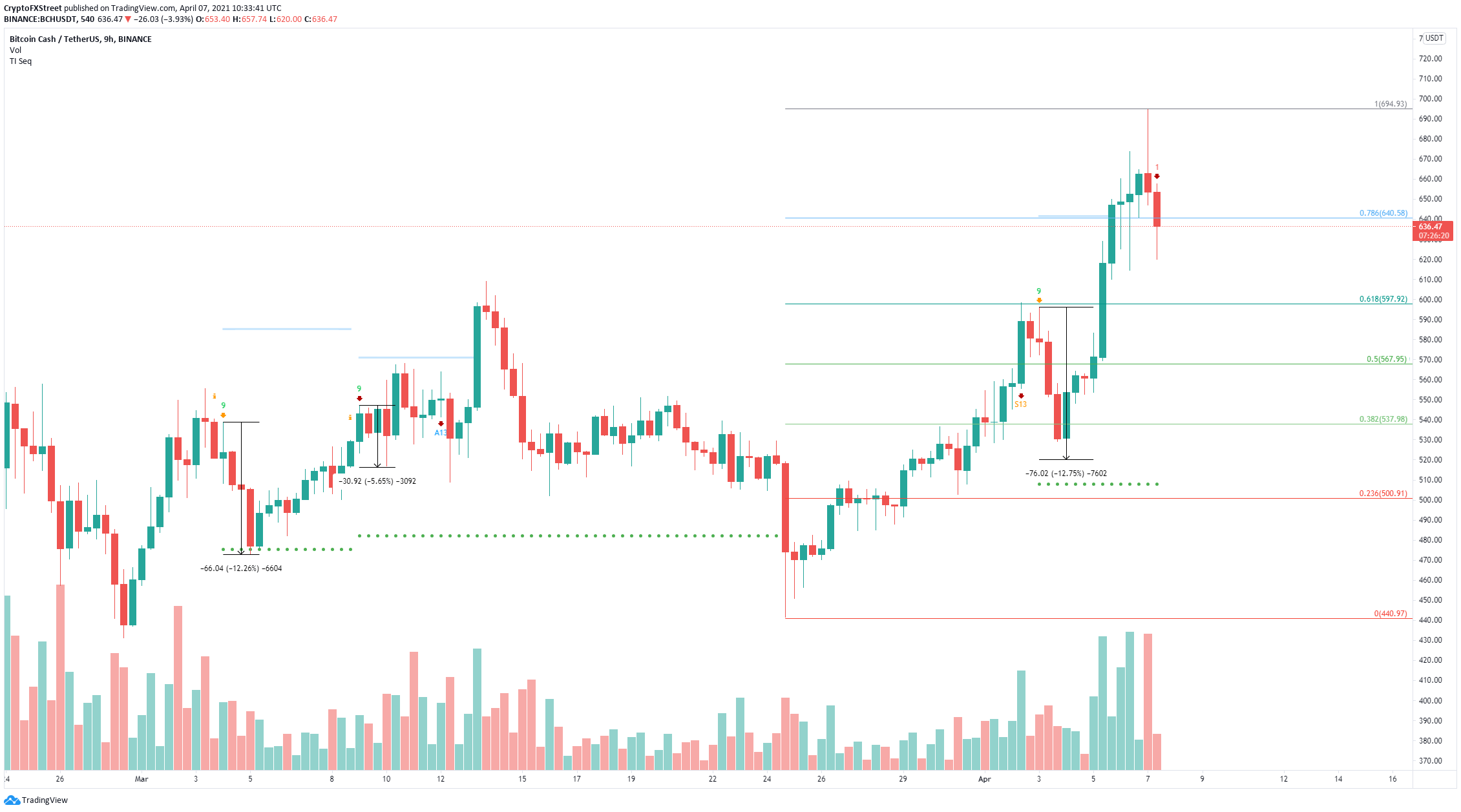 The past few signals were confirmed and validated, which add credence to the most recent one. Losing the $640 support level could drive the Bitcoin Cash price down to $600.

The MVRV (30d) chart, which shows the average profit or loss of BCH holders' tokens that moved in the last 30 days, is slowly climbing into the danger zone above 20%. This is usually a strong indicator of upcoming corrections.

The In/Out of the Money Around Price (IOMAP) chart shows weak support below $600, which means that a breakdown below this point would drive BCH toward $548, the next significant support point where 122,000 addresses purchased over 600,000 BCH coins.

The IOMAP model also shows a robust resistance area between $640 and $657. A breakout above $657 would invalidate the sell signal on the 9-hour chart and could quickly push Bitcoin Cash toward $700.