Axie Infinity price action is positioned to confirm one of the most potent and sought-after bullish patterns in Point and Figure analysis: the Bullish Catapult. The theoretical long entry is a buy stop order at $175, a stop loss at $150, a profit target at $300. A trailing stop of two to 3 boxes would help protect any implied profit made post entry. 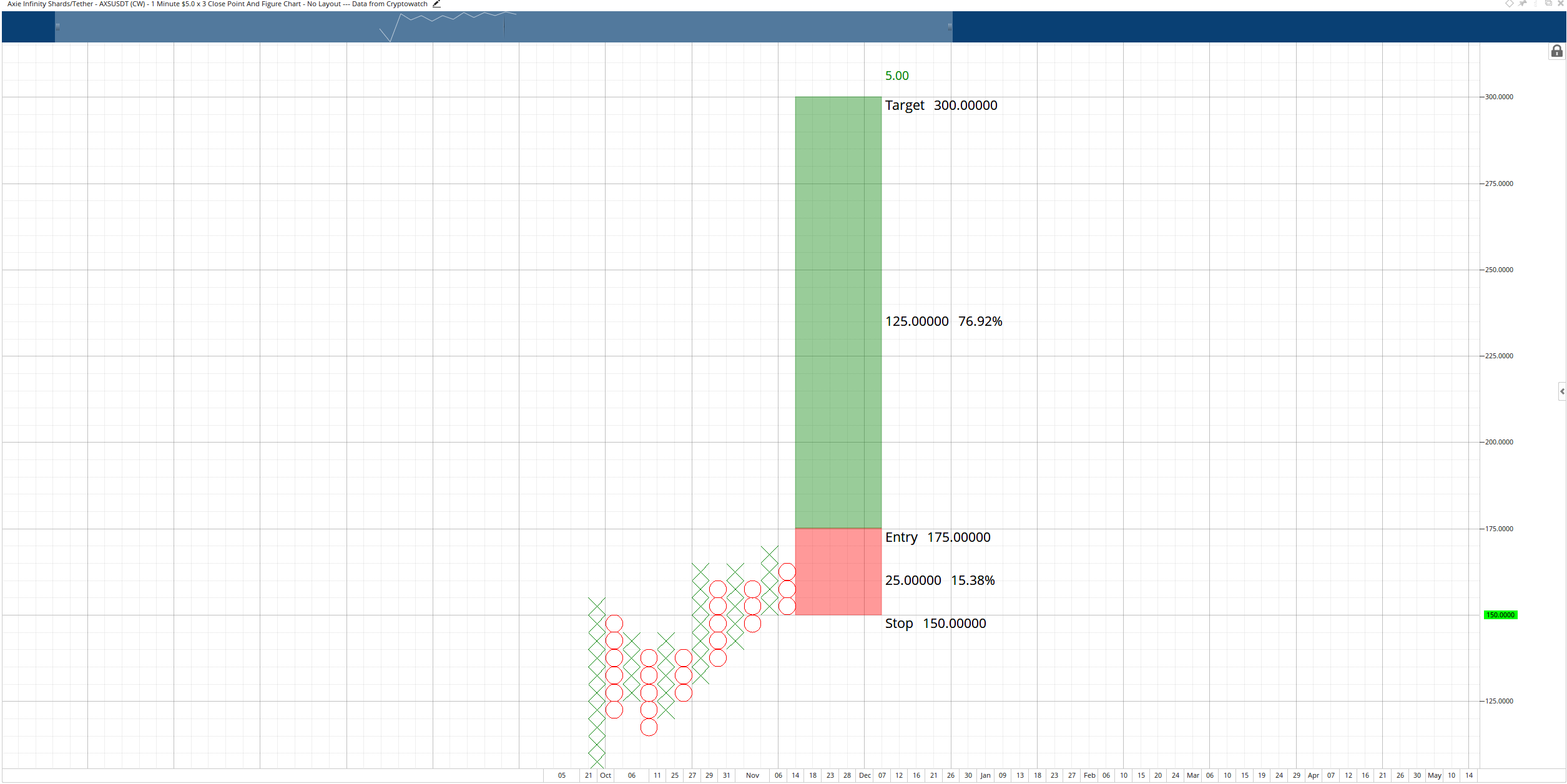