A "favorite" Bitcoin (BTC) price signal could be about to turn bullish – and upside has always resulted in data shows.

Chart hints at the return of the bulls

It may sound wordy, but LTHSTH-RPR is one of the most accurate Bitcoin price indicators. Its creator, Bitcoin 2021 conference organizer Dylan LeClair, confirmed his own bullishness based on its readings in late September.

“TLDR: The lower the Short-Term: Long-Term Realized Price Ratio goes the more bullish I will become,” he wrote in an explanatory Twitter thread. 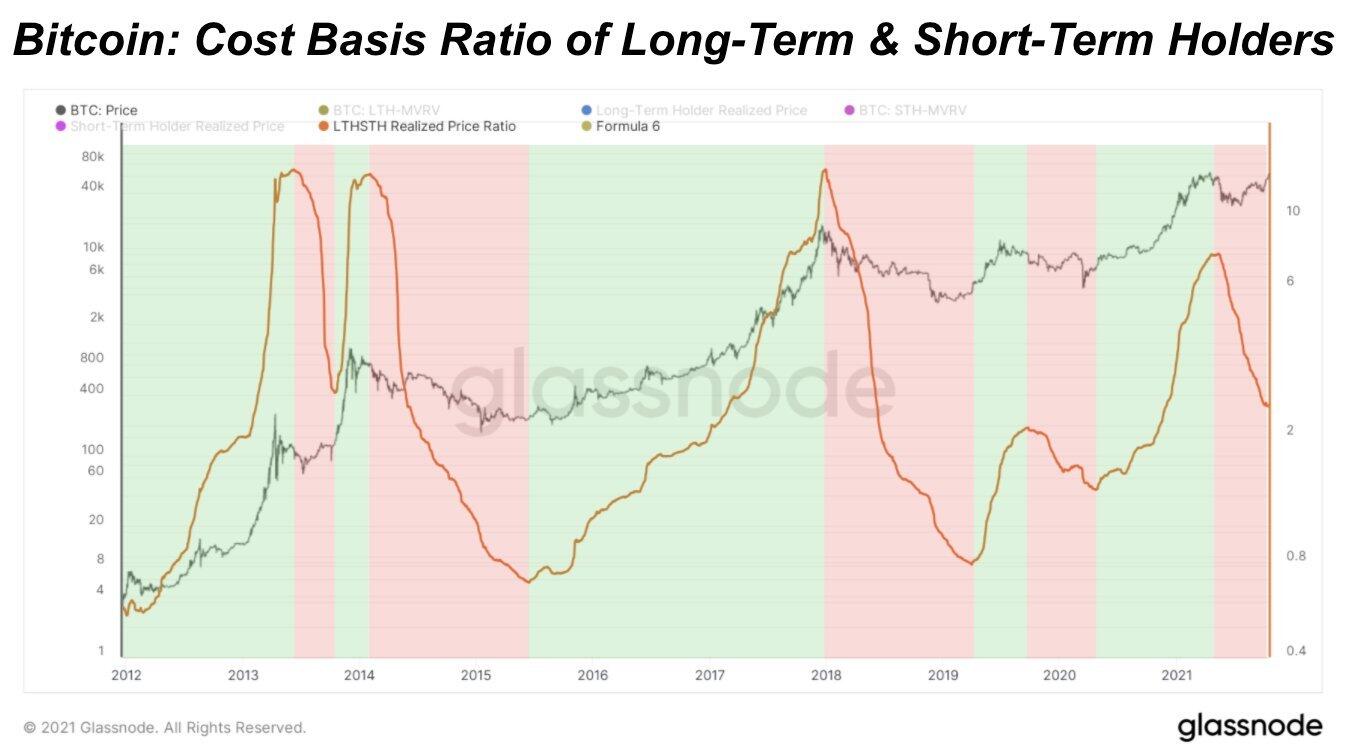 Now, with the indicator trending down for several months, it is high time for a rebirth – and BTC/USD has always benefited as a result.

Under the hood, LTHSTH-RPR shows the cost basis of long-term holders and short-term holders. A long-term holder is defined by on-chain analytics firm Glassnode as an address holdings coins which have not moved in at least 155 days.

“BTC rises when the marginal seller is exhausted. This is why you see the cost basis of LTHs stay stagnant during explosive bull runs, while the cost basis of STHs (many of whom are new market participants) explode - there are simply not enough coins to go around.”

So far, the xLTH cost basis has not been eclipsed by the STH cost basis – when this happens, the current downtrend should end.

"Up only" remains the narrative

As Cointelegraph reported, LTHSTH-RPR is just one of a number of BTC price metrics to have buoyed the bulls in recent weeks.

Everything from on-chain metrics to network fundamentals and even pure math suggests that further upside is imminent for Bitcoin – widely expected from Q4 of the year after a halving event.

Nonetheless, analysts are already monitoring the market for an exit. The impact of this week's exchange-traded fund (ETF) launches is also not anticipated to be a market mover in the short term.