USDJPY survived a drop below the bullish channel and avoided a close within the Ichimoku cloud a few weeks ago, drifting higher to re-challenge the 109.70 resistance area.

The bulls have not claimed the 109.70 number yet, which could be the key for an extension towards the channel’s topline and the crucial zone of 110.65 – 110.95. However, they may step up their efforts in the near-term according to the RSI and the MACD, as the former is holding an upward direction above its 50 neutral level and the latter is pushing to gain ground above its signal and zero lines.

On a negative note, the recent bearish cross between the 20- and 50-day simple moving averages (SMAs) is warranting some caution about whether the pair could create additional higher highs above 110.95. Indeed, the battle could get tougher given the strong block between 111.33 and 112.21. Should this wall collapse, the door would open for the 113.70 – 114.00 region last seen back in 2018.

On the downside, the 23.6% Fibonacci of the up leg from 102.58 to 110.95 could reject any downside corrections with the help of the cloud around 108.98. Not far below, the channel’s bottom line could be the last opportunity for a rebound before all eyes turn to the 38.2% Fibonacci of 107.76. Failure to hold above the latter could trigger a sharper downfall towards the 50% Fibonacci of 106.78.

Summarizing, USDJPY seems to have some bullish power in store, making a break above 109.70 a likely scenario. However, whether the pair can continue its paused uptrend in the medium-term picture, that remains to be seen. 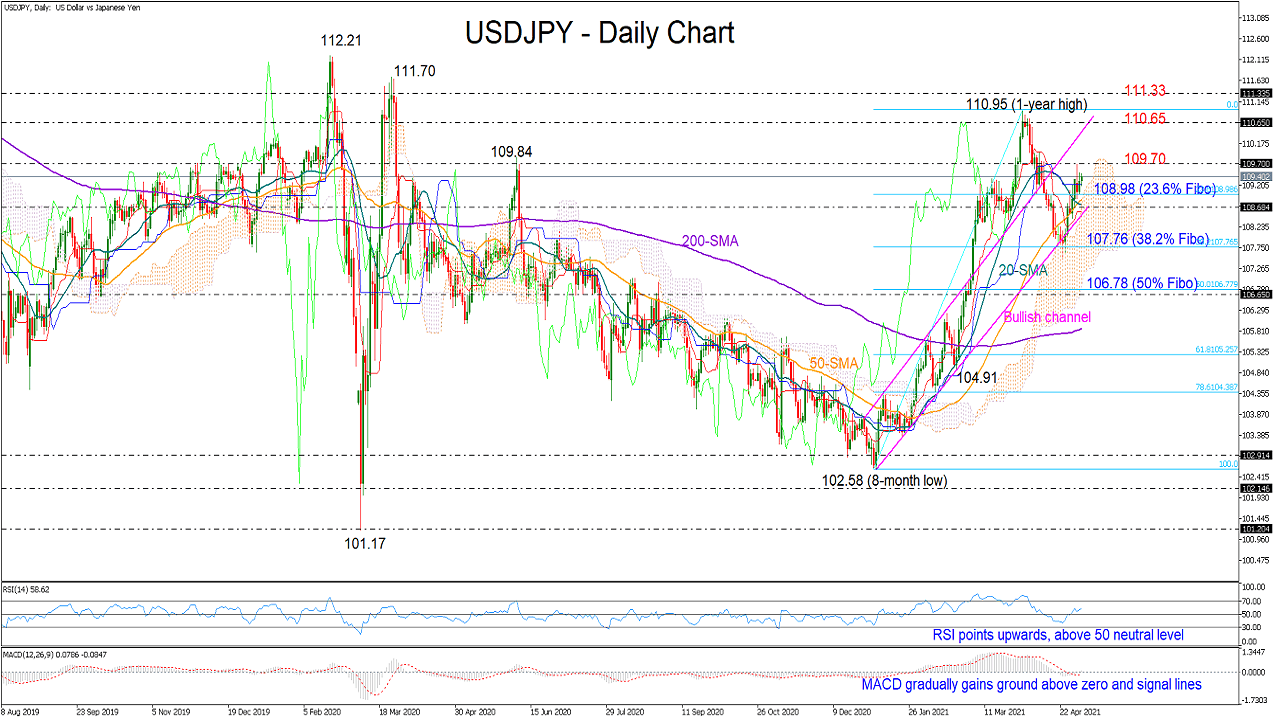