USDCAD bears show no sign of abating as the sell-off continues for the fourth week, with the price crossing aggressively through the 1.2400 area to hit an almost three-month low of 1.2349 on Friday.

The sharp downfall follows the confirmation of a bearish head and shoulder pattern (H&S) below the neckline at 1.2588 - a sign that the previous upward pattern has completed its cycle. The recent crossover of the 20-day simple moving average (SMA) by the 50-day SMA also came to signify a negative trend reversal in the market, though the prolonged decline is now creating questions about when the pair will apply the brakes on this slippery slope lower.

The RSI and the Stochastics haven't found a pivot point in the oversold area yet, while the MACD remains negatively charged below its zero and signal lines, suggesting selling tendencies could persist a bit longer in the market.

In the positive scenario, the price may push for a close above the 1.2477 resistance and the 200-day SMA at 1.2500. If efforts prove successful, the bulls will next attempt to dissolve the negative H&S pattern above the broken neckline and the shorter-term SMAs seen between 1.2588 and 1.2618.

All in all, sellers may keep leading USDCAD in the short term, though to gain more fuel they will probably need to clear the 1.2305 support as well. 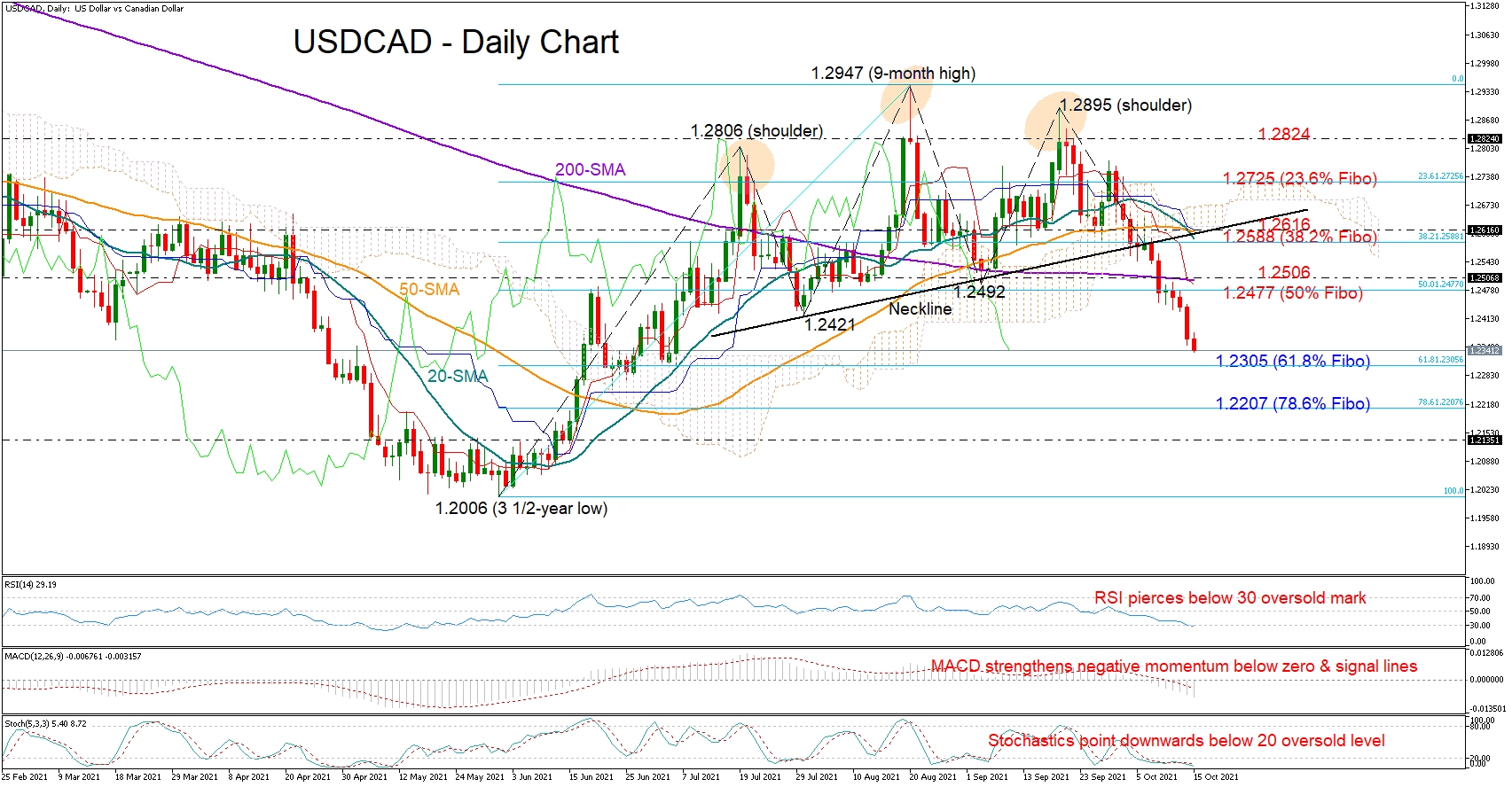 Gold price is building on Wednesday’s rebound, as bulls remain hopeful amid renewed fears over the Omicron covid variant after the US detected one case of the new strain and remains poised to extend the mask mandate.