The euro finds support from upbeat PMIs in the eurozone. On the daily chart, the close above last May’s high of 1.0770 continues to fuel the upward thrust. The price action has so far consolidated its gains above this resistance-turned-support, making it a major level to keep the single currency ahead. A hold above it would confirm that the uptrend is still intact, with the former support and psychological level of 1.1000 as the next target. However, its breach would send the pair to 1.0660 at the base of the January breakout rally. 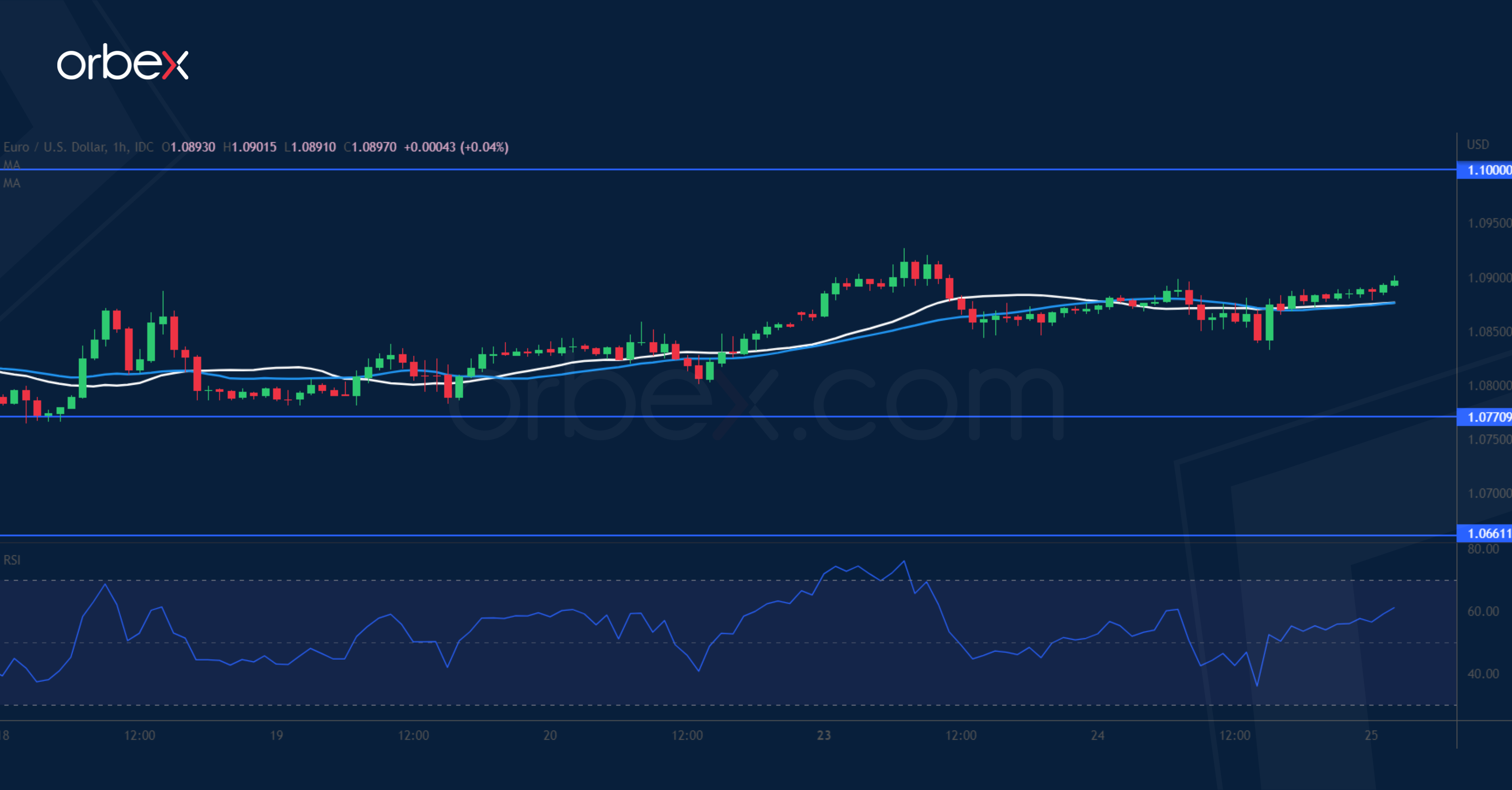 The pound fell after Britain’s services PMI showed a bigger-than-expected contraction. A second attempt at December’s high of 1.2450 has failed to lift the ceiling. A bearish RSI divergence indicated a deceleration in the upward momentum, and a break below 1.2320 let a crack in the rally and suggests that the path of least resistance is down. Whether this will be a correction or a reversal will depend on the intensity of the sell-off. 1.2260 is the first support and 1.2160 over the 20-day moving average is the bulls’ second layer of defence. 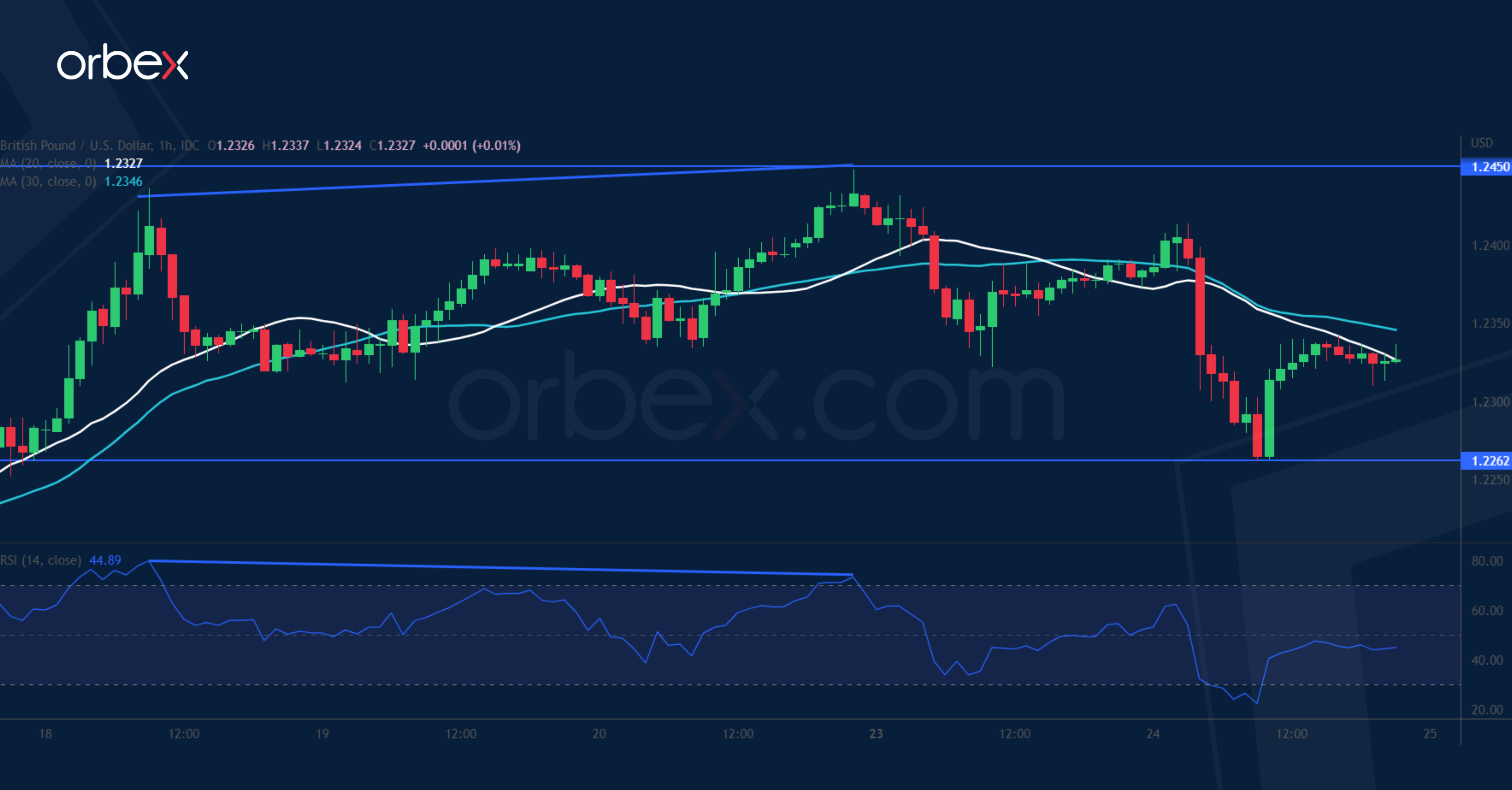 Bullion whipsawed after an uptick in the US dollar amid rising bond yields. On the daily chart, the price is grinding last April’s sell-off zone around 1930, which extends all the way to 1995. This is a major bull-bear line as gold recouped losses from its six-month long downturn. Despite a choppy price action, the overall direction is skewed to the upside. This means that trend followers are likely to see any pullback as an opportunity to go long. 1915 is the closest support and a close above 1950 would open the door to 1975. 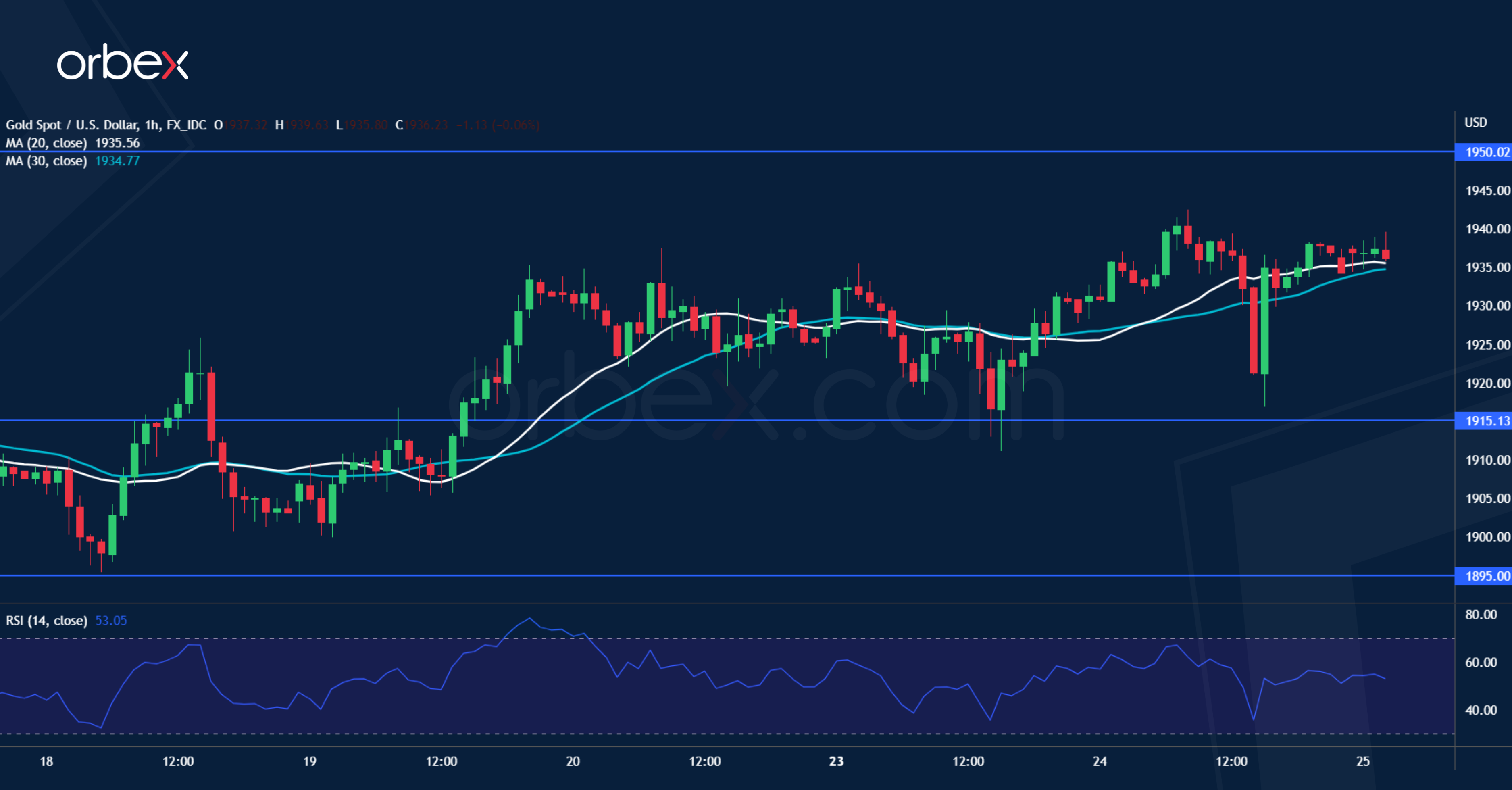